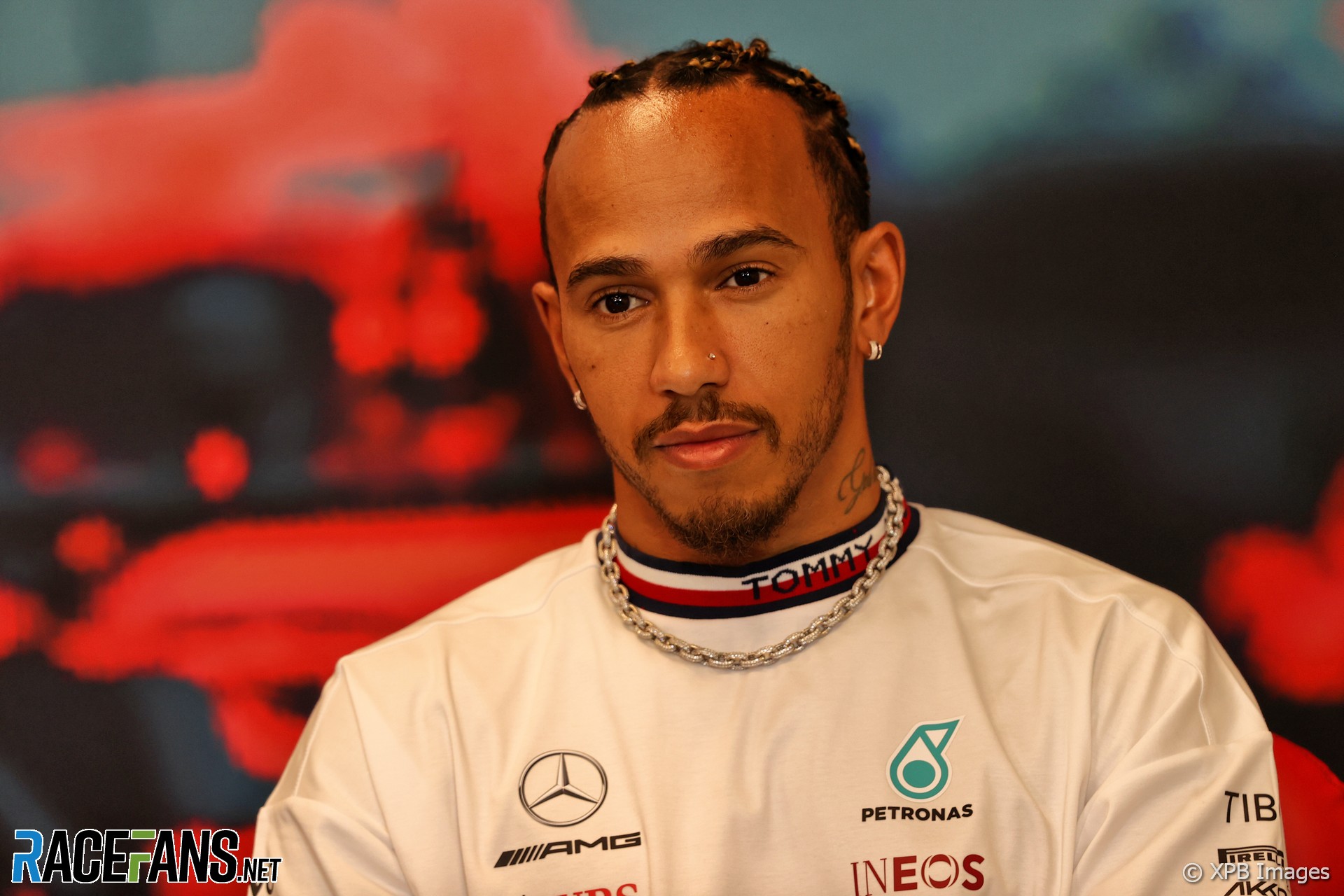 Lewis Hamilton downplayed Mercedes’ chances of winning this weekend following their stronger showing in Spain, but expects they will be in contention by the British Grand Prix.

Mercedes introduced a significant update to their car last weekend which helped Hamilton and team mate George Russell to a pair of top-five finishes.

Red Bull and Ferrari have won all six races so far this year. Hamilton does not expect Mercedes will have the pace to challenge them in Monaco.

“Since we’ve just made some changes in the last race, I don’t think that’ll be as bad as it had been in the other races,” he said in response to a question from RaceFans. “But I won’t hold my breath.”

Ferrari seemed particularly strong through the slow chicane at the end of the lap at the Circuit de Catalunya, which is often seen as a good predictor of performance around the narrow Monaco track.

“We’ve not been that quick in the low-speed so far this year,” said Hamilton. “I anticipate they have a lot of downforce, they’re going to be quick this weekend. I’m just hoping we’re not as far back as we have been.”

Hamilton scored his only podium finish of the season so far at the season-opening Bahrain Grand Prix. With his home race a little over a month away, he is optimistic wins will be a possibility for Mercedes at Silverstone.

“I’m hoping by then we are where we plan to be,” he said. “I know everyone back at the factory is working as hard as they can to continue to make advances with the car and I have no doubts that we will.

“I’m hoping by Silverstone we have the car when we need, at least by then, to be able to fight these guys for the win. That’s what I’m working every day for so that we can fight on our home turf and give them the best race we can.”