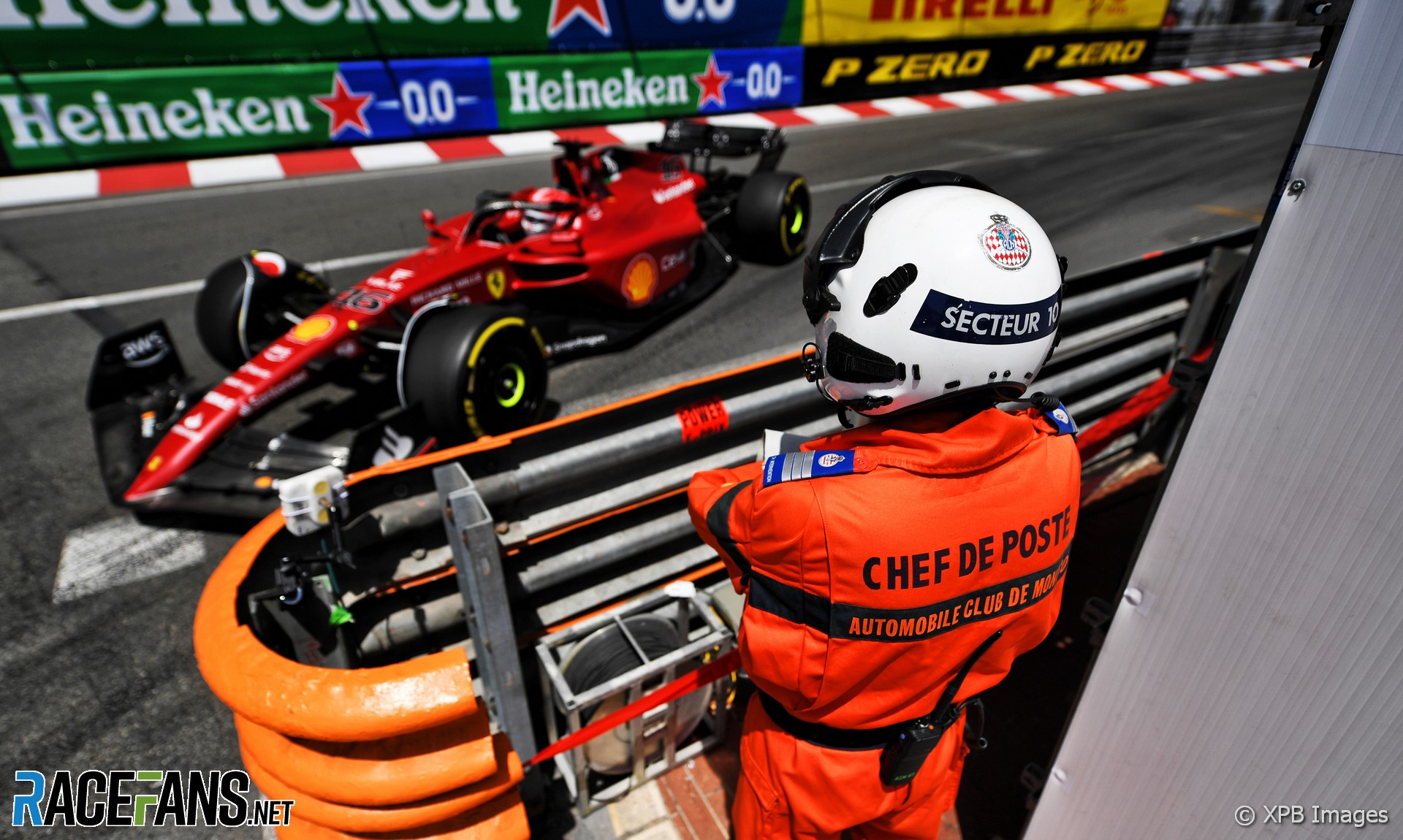 The streets of Monte Carlo have played host to the Formula 1 world championship 67 times prior to this weekend – with the Monaco Grand Prix probably the most famous event on the F1 calendar.

While the circuit’s layout itself may not have changed in recent years, the cars that the teams brought with them to the tiny city state certainly have in the last 12 months.

Since pre-season testing back in February, many drivers pointed that the stiff, low-running ground effect cars for the 2022 would present particular challenges at this circuit. And after two hours of practice around the streets, even some of the most successful drivers to have driven a Formula 1 car around the city had to admit that it almost felt like a whole new circuit with the newest generation of cars.

“Although I have raced here many times, this circuit feels a lot different in these new cars,” said Sebastian Vettel.

“The main difference is that the tyres are much bigger so it is more difficult to see the track around you. The cars are also much stiffer and going through the tunnel is not as easy as it used to be. I was lucky to save the car during a mistake at the Swimming Pool, despite my heart rate definitely going up.”

Vettel’s experience was one shared by many of his rivals, such as Mercedes driver George Russell.

“These cars are very, very stiff,” said Russell, whose Mercedes team suffered more than most from uncomfortable ride. “Around a bumpy street circuit, it’s not easy to put it on the limit. I think that’s one of the biggest difficulties.”

As ever in 2022, the question at the front of the field was which of the two teams to have tasted victory so far this season – Red Bull and Ferrari – would hold the advantage around the tight, twisty Monaco streets. After ending Friday’s sessions behind the two Ferraris, Sergio Perez was confident that the answer to that question was not Red Bull.

“All-in-all, we seem to be lacking a bit compared to the Ferraris,” Perez said. “They seemed every strong today. We were expecting a bit of a gap, but not so much of a gap. So plenty of work to do.”

“Overall we’ve been trying a few things around here to see how the car was behaving. I was a little bit happier in FP1 than FP2. If you have a little bit of a better balance, you can attack a bit more and then of course your lap time comes out a bit better. Now it’s all about just trying to fine-tune my balance as well.”

Despite ending atop both practice sessions, Charles Leclerc was wisely not getting too excited about his prospects of becoming the first Monegasque to win his country’s famous race based on just one day of running, describing his day’s work as simply “okay”.

“It was not great in FP1, a bit better in FP2 but I really think that we need to do another step for tomorrow,” Leclerc said.

“I’m pretty sure that everyone has got quite a bit of margin on a Friday and also as drivers, so it’s a bit of the unknown for now. But the car looks strong. Also in the race pace, we seem to be very good even though there was quite a bit of traffic here and there. So the initial feeling is good. So hopefully we can do the step that we want to do from today to tomorrow and have a great weekend from that.”

Behind Ferrari and Red Bull were two Mercedes powered cars – but only one of them was a factory chassis. Lando Norris put his Mercedes powered McLaren into fifth position behind the top two teams in both sessions, despite still battling with the after-effects of tonsillitis. His fortunes, once again, contrasted sharply with those of team mate Daniel Ricciardo, whose day ended in the TecPro barriers on the exit of the Swimming Pool.

“Lando’s sessions today were relatively clean, while Daniel lost most of FP2 with a crash at the Swimming Pool, the causes of which we are still investigating,” said McLaren’s executive director of racing, Andrea Stella.

“The most important thing is that Daniel is okay, and the team are now working hard to ensure we are ready to go for FP3. Overall, it seems like the car has decent potential this weekend, and our job this evening is to make sure we can exploit that pace and be competitive in qualifying and the race.”

Mercedes’ turnaround in Spain thanks to their first major upgrade package of the season had prompted some excitement that the team could bring themselves back into the fight against their two biggest rivals. But after Friday, Russell – the team’s fastest driver in sixth, Lewis Hamilton 12th – had to accept that they would likely not be in the hunt this weekend.

“I think we’re seeing Ferrari flourish again,” Russell said. “We’ve seen how good they’ve been over kerbs. We saw in Imola – they were just smashing over them with relative ease and it’s obviously playing into their hand at the moment.

“So we’ve got a lot of work to do overnight. I’m not too sure we can really close that gap, but nevertheless, it’s always good fun driving around here.”

The biggest limiting factor for Mercedes on Friday – as it had been so much in the early season – was bouncing. But this was not the familiar porpoising phenomenon. As director of trackside engineering Andrew Shovlin explained, the problem was more to do with higher frequency vibrations from the car’s stiff suspension – which could cause them problems for Saturday’s crucial qualifying session.

“We’re struggling with the ride here and that’s preventing us attacking the lap, especially on low fuel,” explained Shovlin. “We made a bit of progress between the sessions, but we need to pick through the data and understand whether we can achieve more. We didn’t get the most out of the soft tyre, it was difficult with traffic and Lewis had few occasions where he was blocked so there’s more to come but everyone will be finding a bit of time overnight so we’ll work to make sure we can move forward.”

After claiming pole position for his home grand prix last year – thanks in part to his own crash causing a red flag – Leclerc will wake up on Saturday morning knowing he has every chance of repeating his feat on pure out-and-out pace. But he is well aware he will have to pull out all the stops in qualifying.

“I took it step by step and for now it’s all going well,” Leclerc said. “But once you put the last step in that’s where the risks are becoming higher and this we will only do in qualifying tomorrow.”