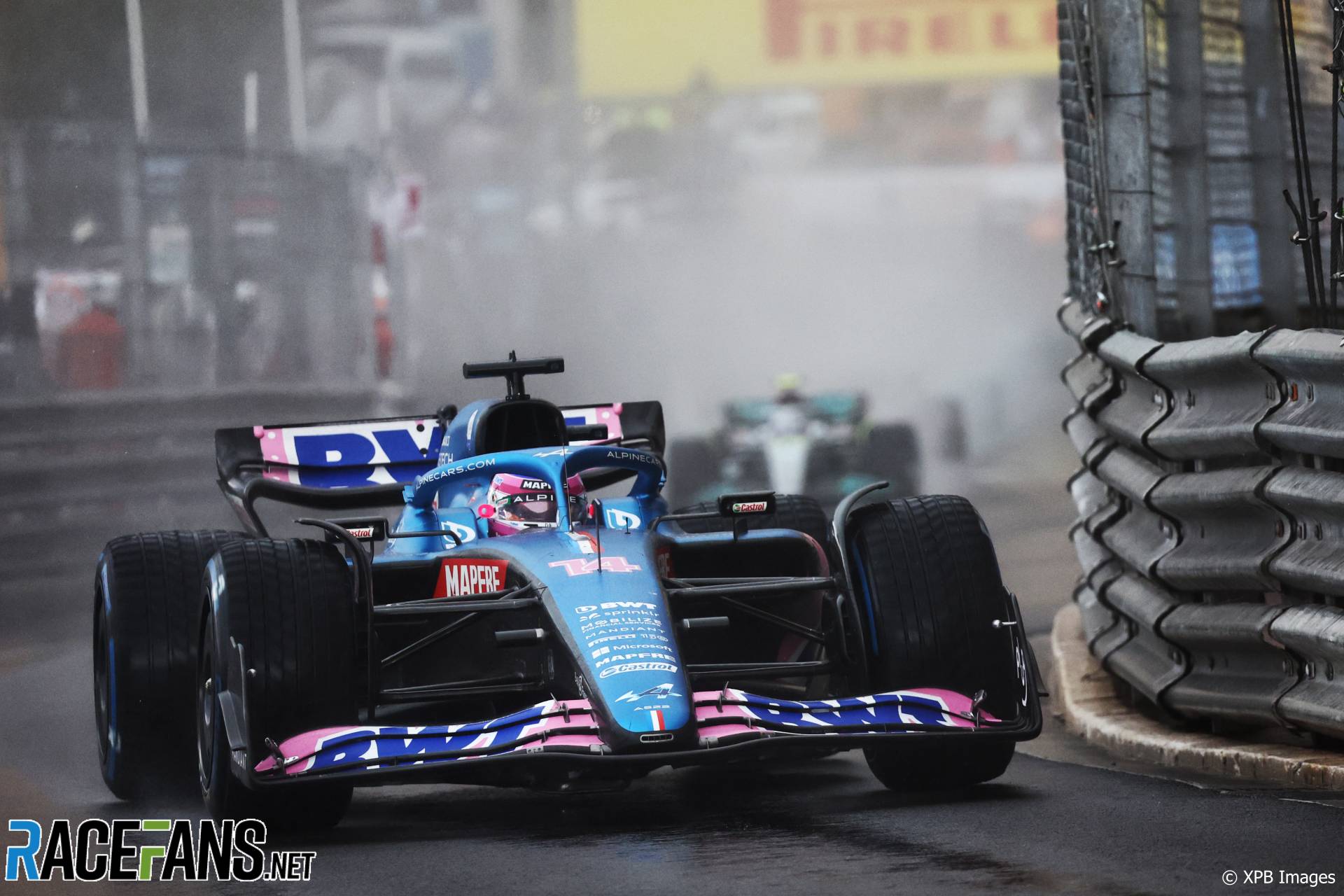 Fernando Alonso said he had no difficulty keeping Lewis Hamilton behind him despite running a slow pace at the restart of the Monaco Grand Prix.

The Alpine driver dropped back rapidly after the race resumed following a stoppage caused by Mick Schumacher’s heavy crash at the Swimming Pool section. He lost so much time Lando Norris ahead of him was able to make an extra pit stop, resume ahead of the Alpine, and claim the bonus point for fastest lap.

Meanwhile Hamilton, who had already spent much of the race stuck behind Alonso’s team mate Esteban Ocon,was growing increasingly impatient behind him. “That’s not my problem,” said Alonso.

He said it was necessary to reduce his pace in order to ensure the tyres they had chosen would last until the end of the race.

“We had two choices,” said Alonso. “Repeat the hard tyres from the beginning of the race or put the medium tyre on.

“We put the medium tyres on but our life estimation was shorter than 33 [laps] so we didn’t know if we could finish the race.”

However he increased his pace later on after Ocon was given a penalty for an incident with Hamilton. “I managed a lot the tyres for 15 laps and then I pushed for the remaining 15 when they told me that Esteban had a penalty,” said Alonso.

Until then Alonso said it had been “extremely easy” to maintain his position ahead of the Mercedes around the narrow track.