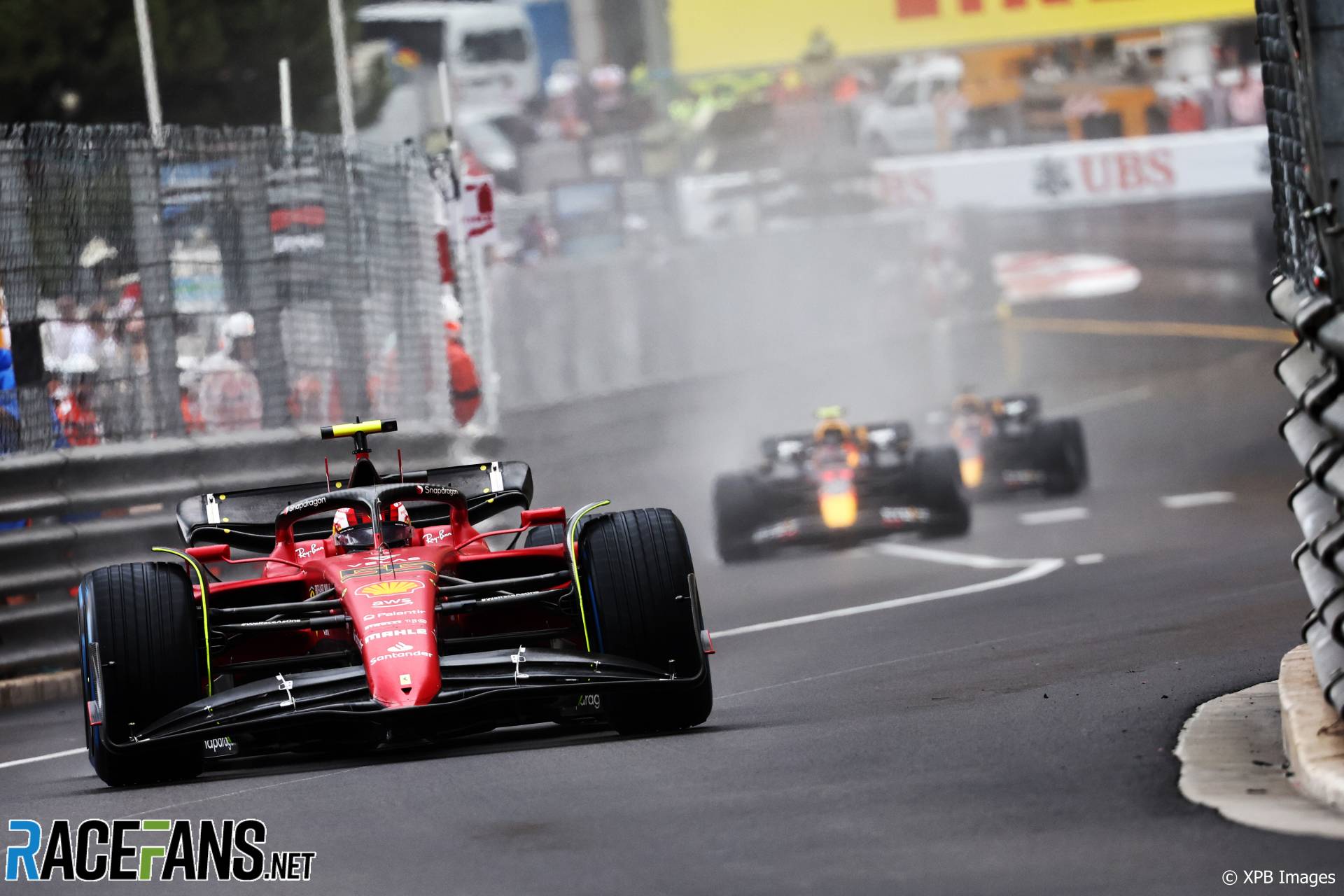 Carlos Sainz Jnr says he could have won the Monaco Grand Prix if he hadn’t lost time in traffic when he made his pit stop.

The Ferrari driver ran second in the early stages of the race on a drying track. He gained the lead when his team mate pitted to switch from wet weather tyres intermediates.

Sainz resisted the temptation to do the same, and moved ahead of his team mate when the two Ferraris came in together for slick tyres. However Perez, who did switch to intermediates, was able to get ahead of him and take victory.

“I felt like we did everything that we had to do out there,” said Sainz. “We stayed patient on the wets, we took the right decision to go onto the slick.”

However he lost time after he rejoined the track. “A terrible out-lap stuck behind a lapped car cost me a race win today,” he said.

“You can understand the frustration because a clean out lap could have secured me the race win but it’s how this sport is sometimes.”

After he was told on his radio Perez had pitted for intermediate tyres, Sainz said he didn’t think it was the right decision.

“I knew it from halfway through the first stint, I started to see the dry line and I started to realise that it was going to go straight into slicks,” he said. “I think we did the right call as we were leading the race basically then we pitted for that hard tyre.

“Obviously hard is never easy on the out-lap but I had to do 12 corners like that behind a lapped car, that cost me at least a couple of seconds, that cost me a race win.

“I’m not going to complain too much, I know that this sport is like that. I know that Checo was unlucky in Jeddah with he did a great race plus he got a bit lucky with myself and this podium will turn around one day.”

After the race was suspended due to Mick Schumacher’s crash, Red Bull switched to the medium compound tyres for the final leg to the flag. Sainz’s hard tyres allowed him to pressure Perez at the end, but he wasn’t able to get past.

“I had quite a lot of graining myself, especially on the rear which made the entry to the tunnel quite difficult to get close and to pass,” he said.

“A couple of times I was really, really close to launching a move into Mirabeau but it was still a bit wet in the inside, Checo was braking quite late so I think if I was braking any later I would have taken him out with me.”