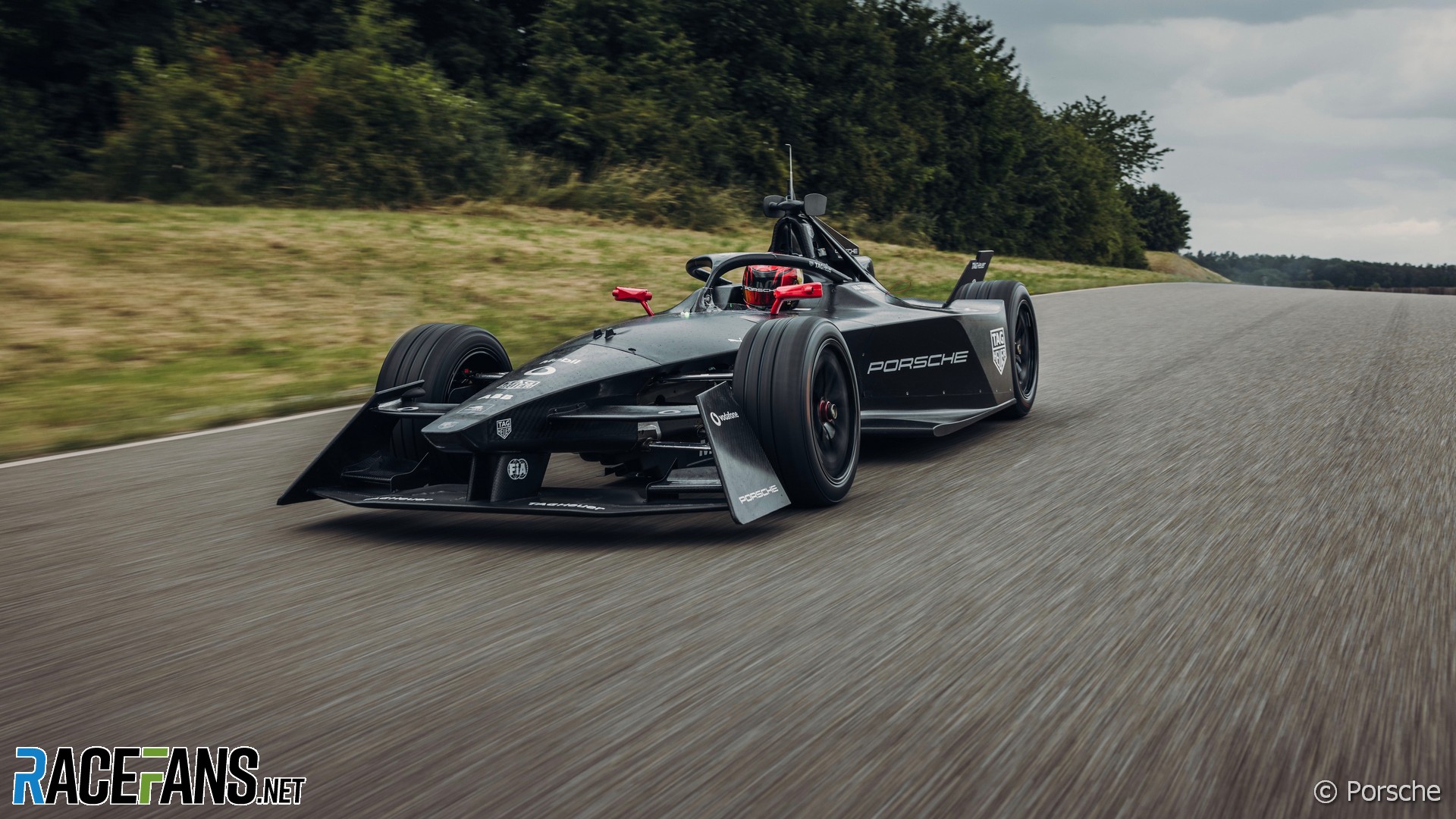 Porsche confirmed it has completed a roll-out of its Gen3 Formula E car, making it the first of the series’ manufacturers to commence its testing programme.

The Gen3 car was unveiled in Monaco in April. At the time, none of the teams had been able to test a car or had access to a chassis to fit their powertrain to. The only driver to have run the car being was Benoit Treluyer, the test driver for chassis supplier Spark.

Wehrlein, who took Porsche’s first Formula E victory in Mexico this year, is the first current driver to comment on the new car. He confirmed the team had not used full power from the car during the initial shakedown.

“That was a very interesting day and a great experience to drive our new Gen3 car for the first time,” said Wehrlein. “It felt wonderful and I’m excited to test it at full power soon.

“My initial impressions today were also very good and it made me hungry for more.”

Florian Modlinger, Porsche’s director of factory motorsport for Formula E, said that running the first laps represented a significant step in the development process. “It was a lot of work technologically and operationally to get our new car out on the track for season nine and to drive the first kilometres,” he said.

“We’re now looking forward to the next few days and weeks and to making further progress with the car. We’ll work on better aligning the systems and then on the car’s performance.”

Pre-season testing for the 2023 Formula E season, the first for the Gen3 machines, is scheduled to begin in October, meaning manufacturers face a tight deadline to complete the new cars. Porsche’s powertrain will also be used by the Andretti team next year, and the factory team is expected to use all available private testing days for development before the collective test.