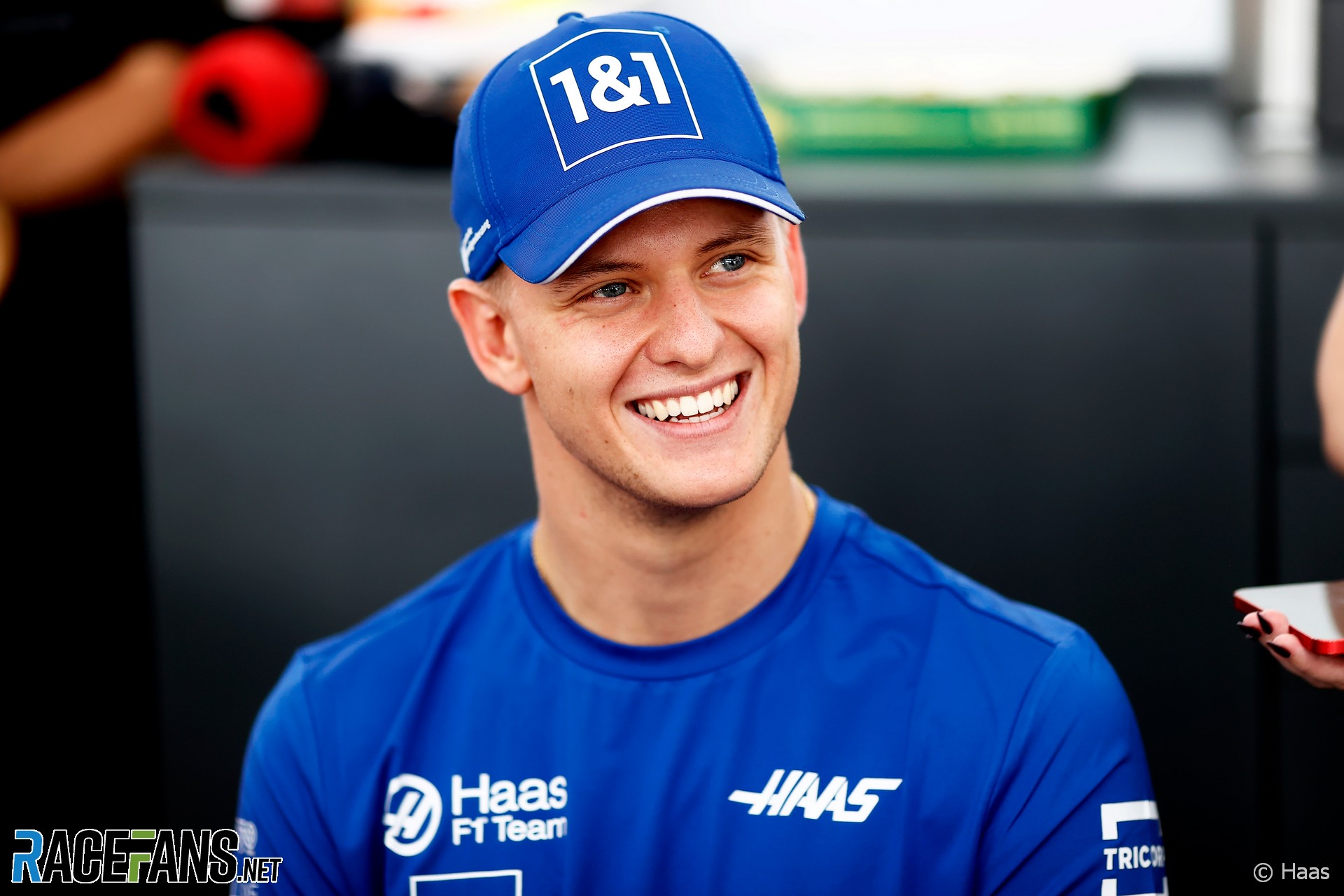 Mick Schumacher does not consider his 2022 Formula 1 campaign as a “real second year” because the new generation of cars are so different to what he drove before.

He hade his debut last year but scored no points after the team abandoned development of their 2021 car to prioritise their all-new design for this season. However, Schumacher remains yet to score the first point of his career after the first seven races.

He suffered heavy crashes in qualifying for the Saudi Arabian Grand Prix, tangled with Sebastian Vettel in Miami and crashed by himself again in Monaco last time out.

Schumacher lost control of his VF-22 at the Swimming Pool section on dry tyres on a still-damp circuit, crashing into the barriers and splitting his car in two. He said it happened despite the fact he was ‘taking it easy’ at the time.

“The whole track was quite damp at parts and some others were quite dry,” Schumacher explained. “We came a bit wide in turn 12, which cooled down the right-hand side, and then when going through chicane I actually took it easy for the conditions that there were and I just misplaced it a bit.

“I was just 10 centimetres on the wet patch, which then triggers a double wheelspin in that case because we have so much power, and that kind just threw the car into the half-spin. I tried to correct it and it goes off the other way.

“It was really odd because also the accident itself wasn’t in any way hard. To have it split in two again is quite unfortunate because obviously it’s a lot of damage in that case.”

Haas team principal Guenther Steiner said he would need to have a “serious conversation” with his driver if Schumacher continued to sustain heavy accidents because they are running short on spare parts. Asked by RaceFans if he would need to take the limitations of the team’s budget into account with his driving over the rest of the season, Schumacher said “yes, definitely.”

“It does play a role in some ways,” he explained. “It’s just a matter of being a bit conservative with some of our parts, because you do end up running low on some stuff and. So we do look after our parts.”

This weekend’s Azerbaijan Grand Prix in Baku will be the second consecutive race held on a street circuit. Schumacher doesn’t feel a need to rebuild his confidence after his latest crash.

“I mean, we go to a completely different track. And also if, let’s say, I would have gone back to Monaco now, it wouldn’t have been a problem. As racing drivers, we go through that from a young age and already in go-karting you go through these things and you just get back into it and set off where you stopped.”

Schumacher says that due to the dramatically different technical regulations for 2022, he feels he is having to learn more in his second season than an F1 driver would typically have to.

“There’s obviously the evaluation of risk and reward and we try to obviously be in the points and therefore we have to go into some sort of risk,” he said. “But it’s definitely something where I’ve just got to learn a bit more and understand a bit more.

“For me, I probably don’t consider it as a real second year, just because you start learning so much new stuff and the car is so different compared to last year as well. So it’s just a matter of building up that what I’ve learnt from last year and taking that into this year, but then just putting it into play for these circumstances.”