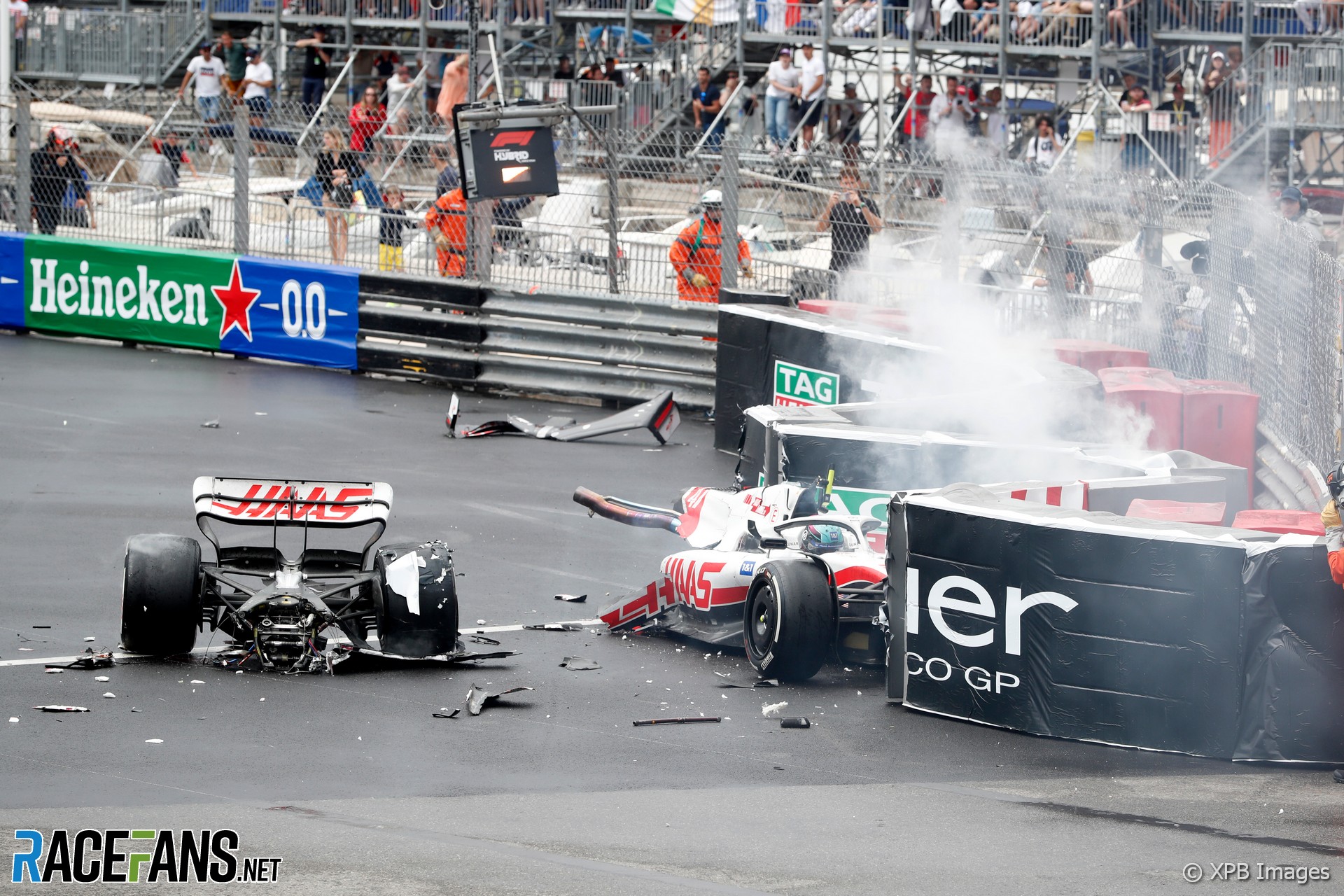 Haas team principal Guenther Steiner says they are struggling to keep up with the demand for replacement parts caused by Mick Schumacher’s heavy crashes this season.

Schumacher snapped the rear end off his VF-22 when he spun into a barrier during the last race in Monaco. It followed his huge crash in qualifying for the Saudi Arabian Grand Prix, which he did not take part in as the team opted to preserve its stock of parts for coming races.

Asked by RaceFans in Baku whether a repeat this weekend would be grounds for serious talks with his driver, Steiner said: “I would say so.”

“Because also we will have a serious conversation because at some stage we’ll run out of parts,” he continued. “We cannot keep up making them. And that much money you throw out you just can physically not do it.

“So we need to make sure that here nothing happens.”

Following the latest crash the team has only one spare chassis available, which is not painted, and will have to be stickered up to be used this weekend.

“The chassis is being repaired,” Steiner explained. “The chassis is actually itself not damaged a lot but there are fairings and bonded-on parts so we had to replace them.

“But it was checked over, you do the normal [integrity] check but it’s all good. The engine is also okay and the gearbox is obviously not okay. And a lot of other parts are not okay.”

“We have got three [chassis] in circulation but we got it checked and we ship it out here,” he added. “But if we need to use it, it will not be painted, it will be ‘decaled’ white.”

Haas sources some of its parts from Ferrari, while others are manufactured by Dallara. Both have worked hard to ensure Haas arrived in Baku ready to race, said Steiner.

“Dallara work day and night [so] we have got spares here that we can keep on going. The money is always an issue because you have to pay, but actually the issue was to have enough parts made because production can [only] do so much. You don’t have five moulds for fairings, you have got one mould and if you keep on making them it takes time.

“So it was a challenge but Dallara did a good job. Suspension-wise, Ferrari helped us out because we are running low on suspension as well because they cannot keep up making it.

“But otherwise, as I always say with the budget, something else has to give. You cannot keep on just spending money you haven’t got.”