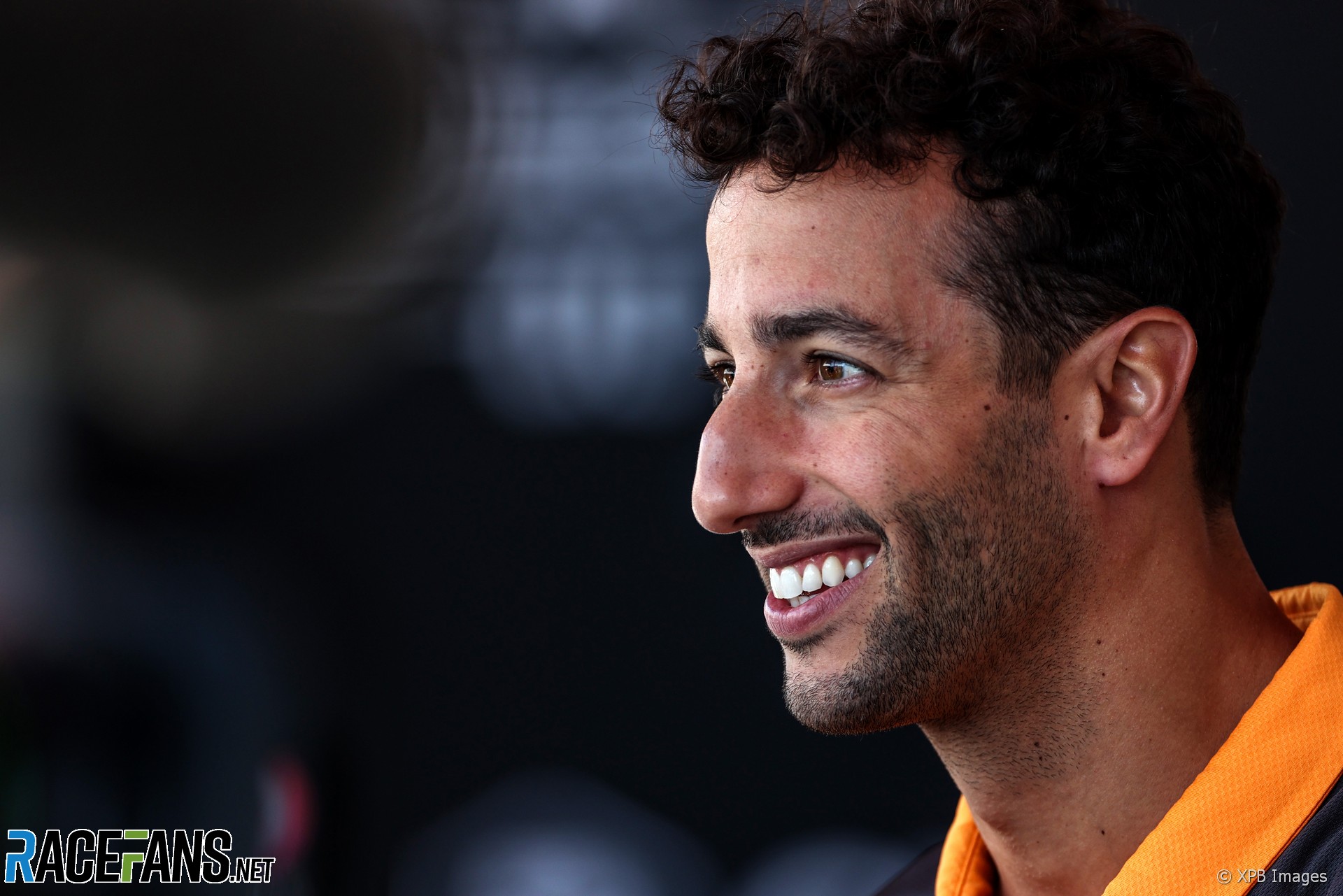 Daniel Ricciardo is confident a turnaround in form is ‘not as far away as it seems’ as he heads into the Azerbaijan Grand Prix.

The McLaren driver has been consistently out-performed by younger team mate Lando Norris so far this season. In his second year at McLaren, Ricciardo lies 37 points behind his team mate in the drivers’ championship after the first seven rounds.

In the last grand prix in Monaco, Norris finished sixth, while Ricciardo could only manage 13th place after a heavy crash in Friday practice.

Asked by RaceFans about his poor run of form, Ricciardo insisted it would not take much for him to begin producing stronger performances on track.

“Certainly it has its challenges, but I think, stripping it back to the core, I still know what I can do, I still believe I have it and it’s not place of low confidence or low self-esteem or anything where I’m like ‘oh, I don’t think it’s possible’,” said Ricciardo. “I know I can still do it.

“I think in this sport, everything operates at such a high level, if something’s a little bit out of tune, than it can have a bit of a carry-on effect. So it’s really just for me to get back into that place where I’m fully in tune with the car and then it’ll come.”

Ricciardo’s lack of results compared to his team mate echoes his first campaign with McLaren last season, where he was also consistently behind Norris. However Ricciardo eventually scored a surprise victory in the Italian Grand Prix in the latter part of the season.

“I have felt it before,” Ricciardo said. “I think it could come at any circuit and I think from then it will probably start to build again some nice rhythm – a little bit like the second half of last year when we started to build some of that. Just get back to that place.

“It’s not as far away as it probably seems, so I have confidence that it can happen quickly.”

McLaren Racing CEO Zak Brown said last month Ricciardo’s performances since signing for the team had “not met his or our expectations”. Ricciardo is contracted with McLaren until the end of the 2023 season and dismisses any suggestions that his contract for next season is making him complacent.

“Absolutely not, no,” he said.

“There is a level of… signing early in the season gives you for sure some comfort, but that comfort shouldn’t be misconstrued with complacency. Absolutely not.

“It’s as simple as this: My results, I want them to be better, I know they can be better. And I want to enjoy that success with the team. I’m not going to just sit back in 13th and be complacent or happy about that. Not at all.”