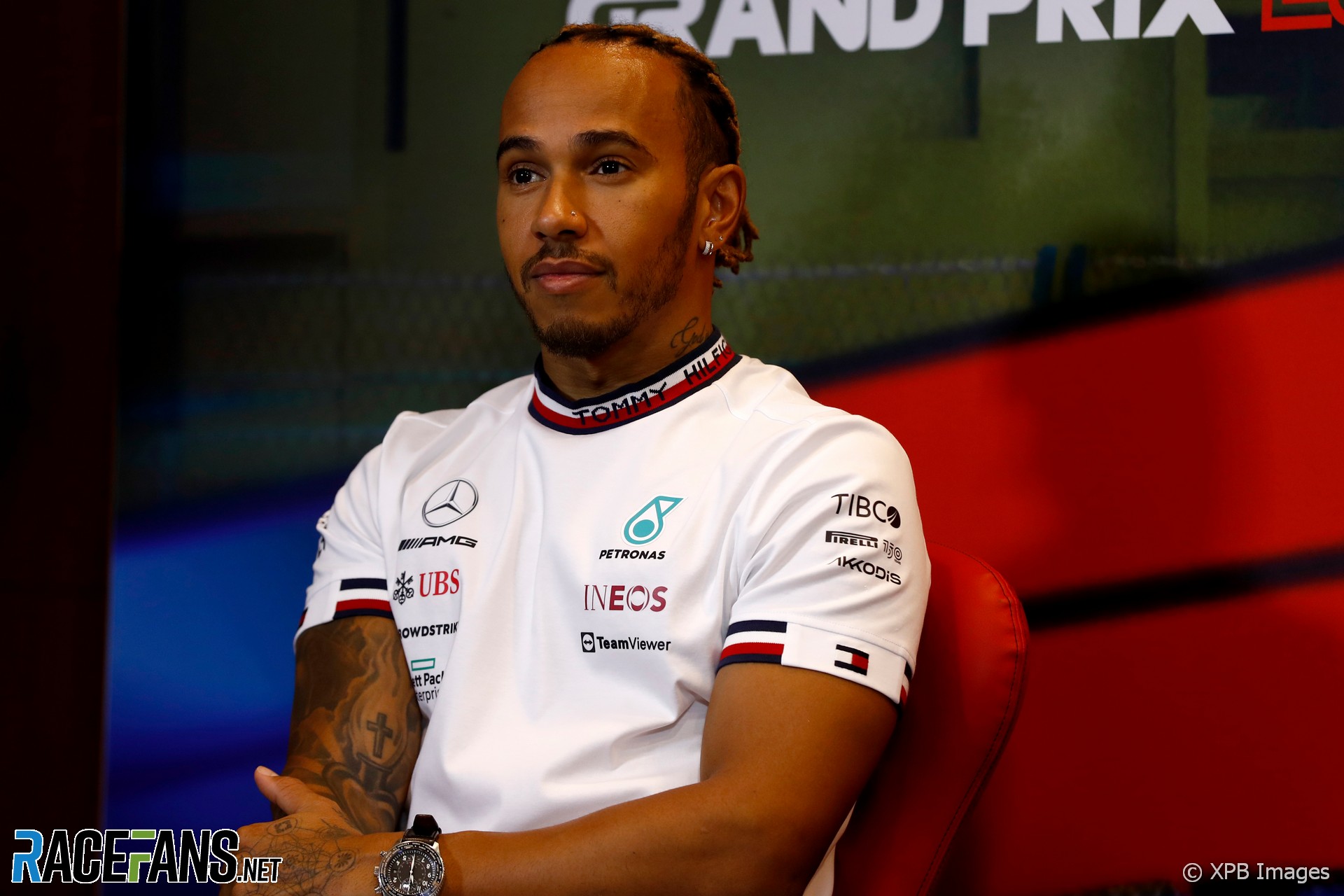 Lewis Hamilton predicts the Baku City Circuit will ‘not be great’ for the Mercedes W13, but expects the team’s performance to be better than Monaco.

After starting the 2022 season off the pace of their rivals Red Bull and Ferrari due to severe porpoising on their car, Mercedes appeared to gain ground when they introduced a new upgrade package at the Spanish Grand Prix. However, the bumpy streets of Monaco caused further headaches for the team and they fell further back from the top two teams.

Heading into another street circuit this weekend in Azerbaijan, Hamilton believes Mercedes should enjoy better performance in Baku compared to Monaco.

“Lots of work’s gone on,” said Hamilton. “I’m hoping that it’s not as bumpy as Monaco, but we will find out when we get out there today. And like everyone has been saying, it’s lower downforce. Should be better – I hope so.”

The stiff suspension settings that Mercedes must run on their car to maximise the downforce efficiency on their W13 means they are weaker on street circuits than at permanent purpose-built circuits, Hamilton says.

“We’re obviously stronger on smoother circuits – Barcelona was a lot better for us, for example,” he explained.

“There’s more open circuits that aren’t as bumpy. This is a bumpier circuit, so not necessarily great for the characteristics within our car, but it might be smoother and might be okay.”

Mercedes have been trying to catch up to their rivals ahead since the start of the season. Hamilton says the upgrades introduced in Barcelona have gone a long way towards putting the team on the right path but are not a cure-all.

“The new direction that we’ve got to in Barcelona has given us more of a direction to go in and that’s been positive, I would say, so far,” Hamilton said. “But it’s not working everywhere.

“Can I say it’s the most exciting journey? No. But it is an experience and it’s bringing the team closer, it’s making us all have to sharpen our tools.

“The technology is advancing a lot to be able to understand it and we’re pulling closer than ever before. So I think we’re a more tight unit team that we’ve ever been and I guess that’s what happens when you’re faced with adversity. And so there’s lots and lots of positives from it.”