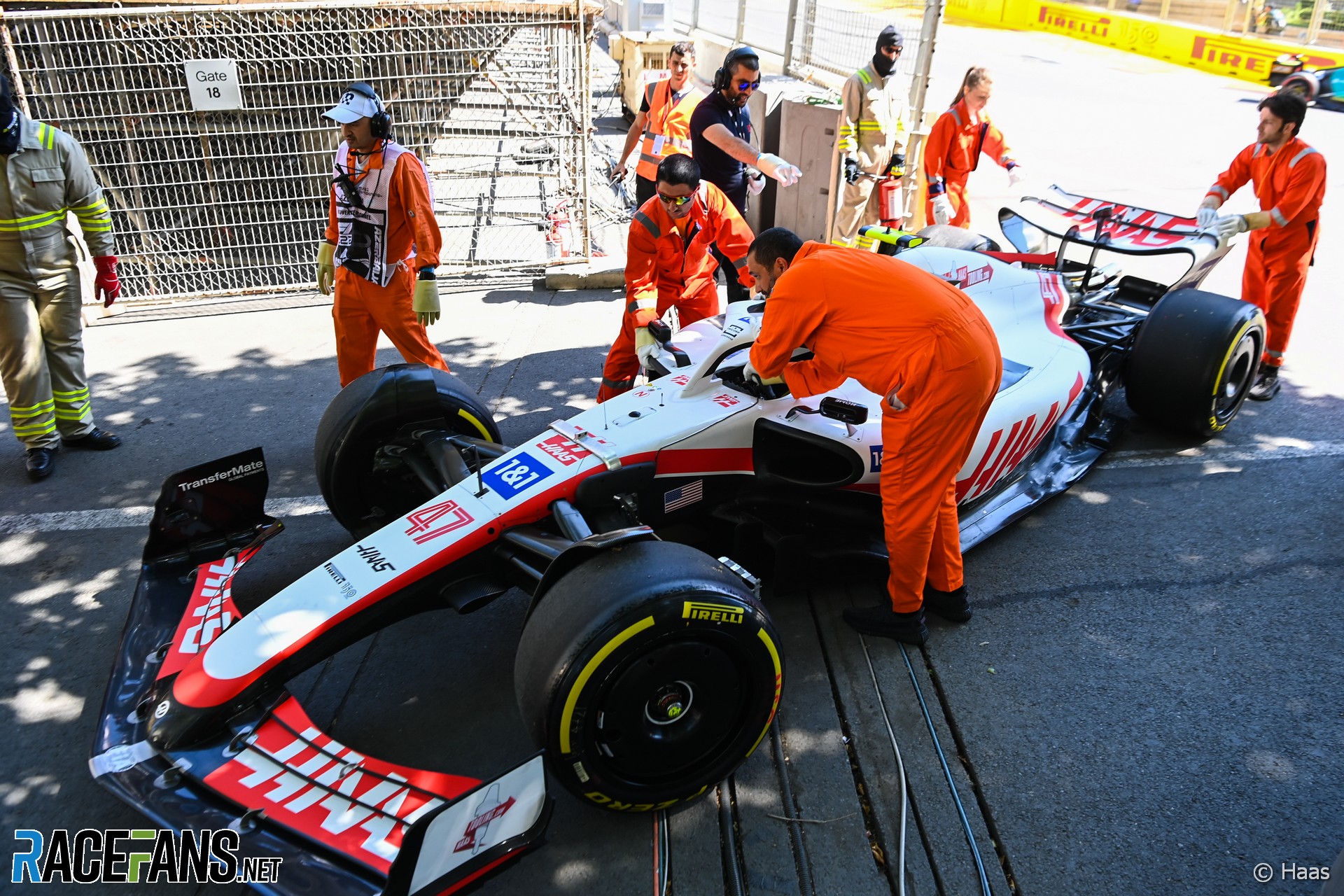 Mick Schumacher says the huge water leak which forced him to stop during the first practice session was triggered by his car ‘porpoising’ at high speed.

The combination of long straights and a bumpy surface at the Baku City Circuit have caused some teams to experience more severe porpoising than usual. The problem seemed particularly acute for the Haas drivers.

Schumacher reported a problem with his car after experiencing a heavy jolt when he hit a bump while being passed by Yuki Tsunoda early in the session. He was told to stop by his team and pulled over with fluid gushing from the side of his VF-22.

“There were no warning,” he said. “It seems like from what we know it comes from the heavy bouncing that we suffered in the first lap and it just broke the clamp and then the water came out, which obviously isn’t great,” said Schumacher.

He suggested the Baku track, which is laid out on streets around the city, should be relaid before F1 returns next year.

“It’s the first time physically that I do feel an effect of [porpoising],” he said. “It’s quite harsh on the body and also on the car.

“So it’s definitely something to think about for future events if we come back here to maybe have a think about resurfacing. We’ll see how many cars will survive the race.”

Team principal Guenther Steiner said they were fortunate to avoid a repeat of the problem on their other car of Kevin Magnussen.

“FP1 started badly with the water leak on Mick’s car – he couldn’t go out – which is not good at a track like this,” said Steiner. “Something strange happened and actually we’re lucky the same thing didn’t happen to Kevin as he was very close to having it happen as well, so we fixed it for FP2.”

The two Haas drivers ended the day 17th and 19th with only the Williams pair behind them.

“FP1 was actually pretty good,” said Steiner. “We then made some changes for FP2 and we didn’t perform as we planned to perform.

“So we need to go back to the drawing board a little bit overnight and see what we can do for tomorrow to be able to get some performance into the car.”