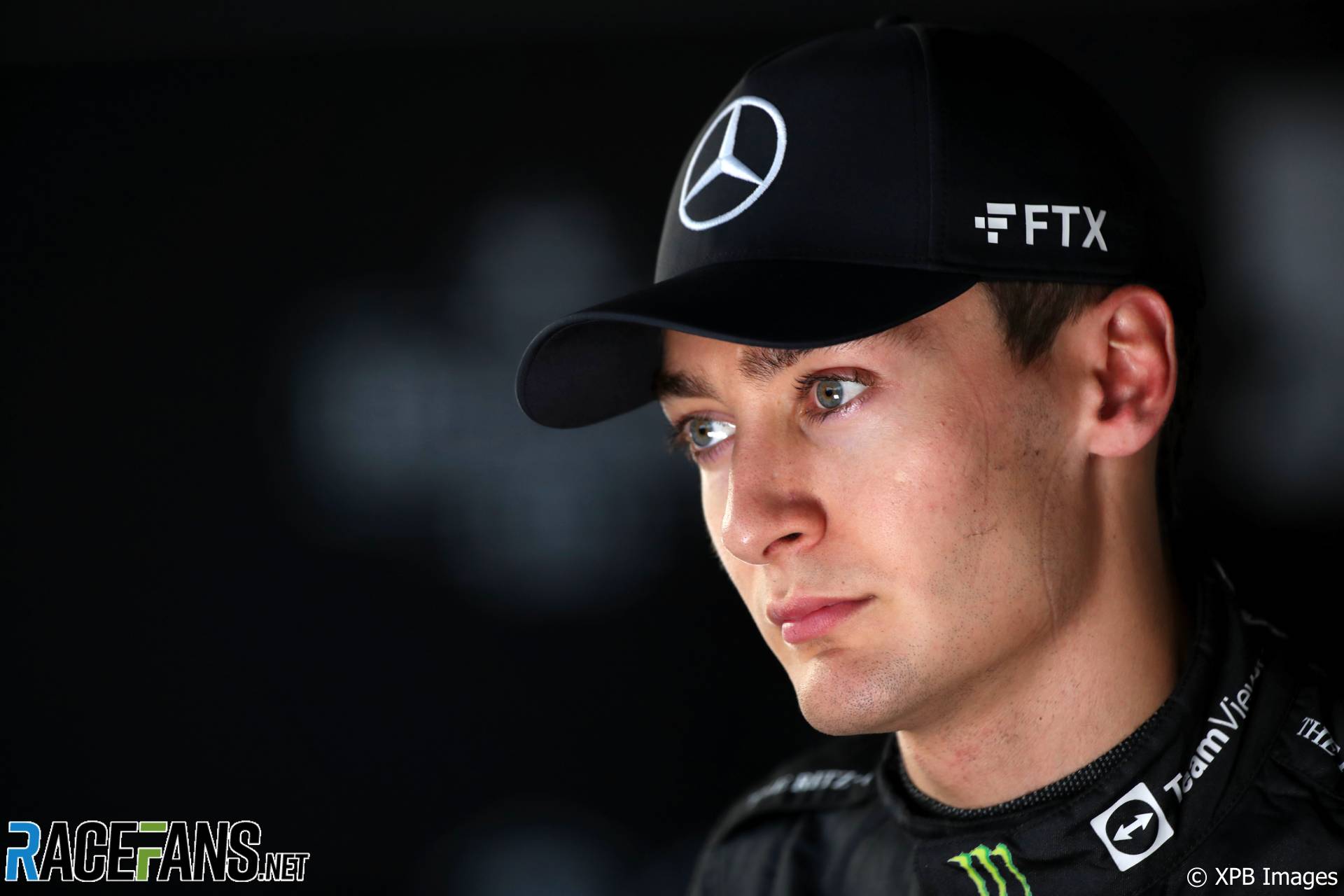 Russell qualified fifth, 1.3 seconds off pole in Baku, after a session where both Mercedes drivers had been fighting with the car bottoming out and scraping the tarmac, causing violent bumping.

“The lap felt strong, the car was feeling good,” said Russell. “And it was pretty surprising when I crossed the line to see we were 1.3 seconds off the pace. For sure the bottoming’s been extreme.”

Drivers have battled from porpoising at high speeds across the first eight rounds of the 2022 season with new ground effect cars introduced this season. While many teams have found ways to reduce this phenomenon, teams run cars as low to the ground as possible, which leads to uncomfortable rides for drivers over bumps.

“We’ve kind of got on top of the porpoising issue,” Russell explained. “We’re now so close to the ground to get the maximum aerodynamic benefits and it’s just brutal out there and being shaken to pieces.

“I can barely see where to brake at the end of a straight because we’re bouncing around so much and I don’t think we’re the only car.

The problem was so severe on the affected cars that Russell believes a serious accident was an inevitability. “I think it’s just a matter of time before we see a major incident,” he warned.

“A lot of us can barely keep the car in a straight line over these bumps. We’re going around the last two corners at 300 kilometres an hour, bottoming out. You can visibly see on the tarmac how close the cars are running to the ground.

“Formula 2 are in the same position as well – they’ve got a similar sort of philosophy and it’s sort of just unnecessary. With the technology we have in today’s environment, it just seems unnecessary how we’re running a Formula 1 car at over 200 miles an hour, millimetres from the ground and it’s a recipe for disaster.

“So I don’t really know what the future holds, but I don’t think we can sustain this for three years or however long these regulations are enforced.”

Russell emphasised that he did not think a change was necessary on Mercedes’ behalf and that it could even set back the team’s newfound understanding of its car.

“For what it’s worth, we’re not massively in favour for it, as a team,” he said. “Because every race we do, we’re learning more and more about the car and any changes is going to limit that learning. So it’s not like we want it, it’s clearly just it’s just a safety limitation.

“I think the top three teams are also in the same position, Ferrari and Red Bull – Ferrari probably more than Red Bull, you can clearly see that they’re really struggling with that and nobody’s doing it for performance enhancement, it’s because of safety reasons.

“As I said, I can barely see the braking zone because I’m bouncing around so much. And you go round that last corner, you’ve got walls either side of you doing almost 200 miles an hour and the car is bouncing up and down on the floor. It’s not a very comfortable position to be in.