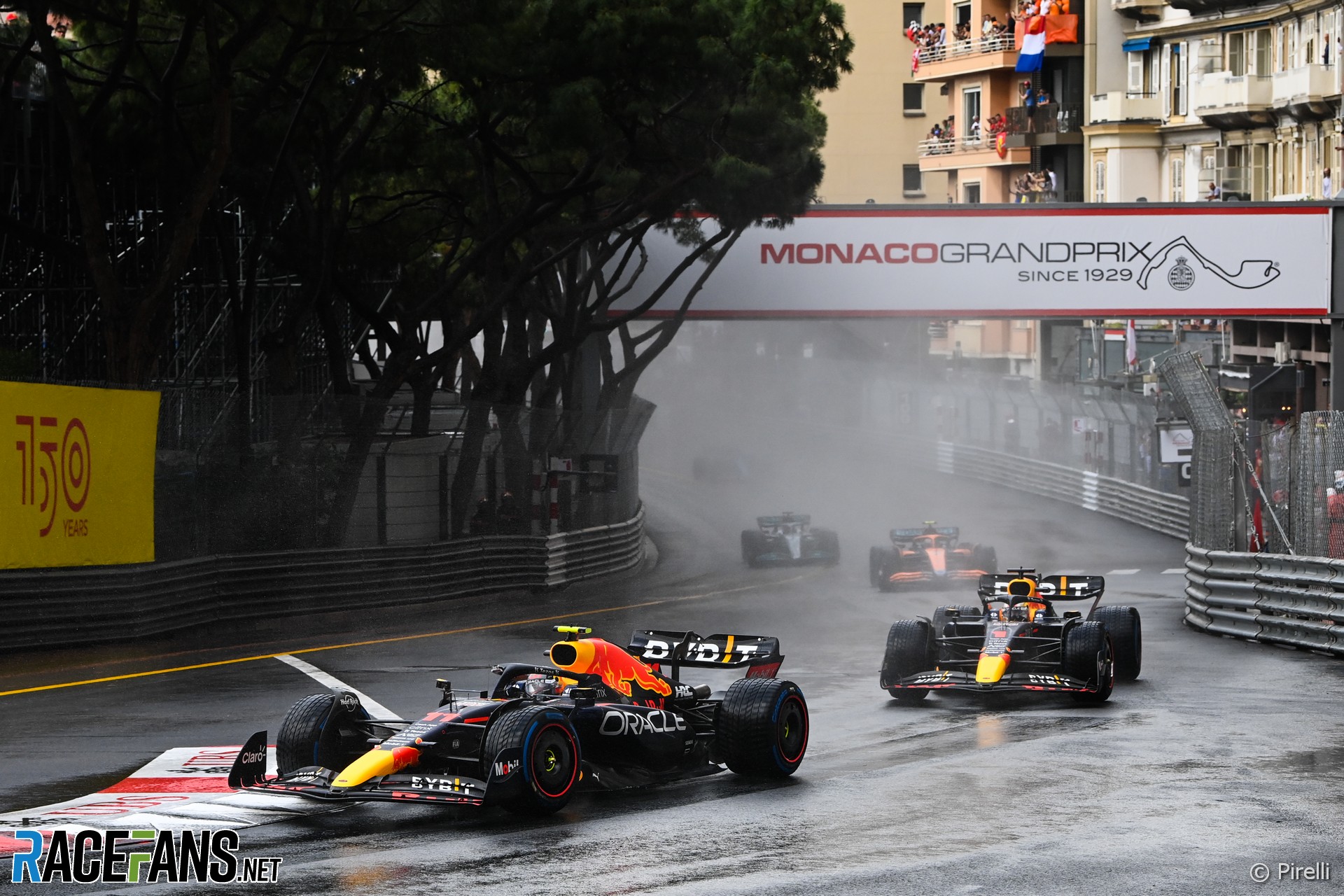 Max Verstappen’s father described his third place finish in Monaco as “very disappointing” and questioned Red Bull’s choice of strategy, but the driver chalked the result up to bad luck.

Jos Verstappen said Red Bull “exerted little influence to help Max to the front” in the race which was won by his team mate Sergio Perez.”

“That he finished third, he owes to Ferrari’s mistake at that second stop of Charles Leclerc,” the former F1 driver continued in a column for his son’s website. “The championship leader, Max, was not helped in that sense by the chosen strategy. It turned completely to Checo’s favour. That was disappointing to me, and I would have liked it to be different for the championship leader.”

However Verstappen saw little opportunity for Red Bull to secure a better finish for him given his fourth-place starting position. He equalled his worst starting position of the season so far after Perez’s crash at the end of qualifying meant Verstappen was unable to complete his final lap.

“My race was done on Saturday already after that red flag where I had to start fourth,” said Verstappen. “And then that’s how it goes. Then in the race you are the second car so you just follow the team’s orders.”

Red Bull had luck on their side to take first and third after sharing the second row at the start, said Verstappen.

“I think we did that extremely well as a team to get the cars where they ended up,” he said. “We got also a bit lucky with backmarkers holding up the Ferraris and stuff like that. But that’s fine, in Monaco, crazy things can happen.

“I was just a bit more disappointed about that Q3 run where I couldn’t finish my lap. But that’s also Monaco. The same happened also last year in Monaco and also here in Baku with a red flag. So in a street circuit that’s really easily done. It’s only one race weekend, we have so many more to go where normally you can overtake even if, let’s say, there’s a bit of a disappointment in qualifying.”

Despite finishing third Verstappen out-scored his closest championship rival, Charles Leclerc. Having failed to finish in the Bahrain and Australian grands prix due to car problems, Verstappen said he was pleased to still be in the lead of the championship.

“Monaco was probably just a bit of an unlucky one,” he said. “But it’s okay, we’re still leading the championship.

“Of course, I retired twice already, so to be even leading the championship with the margin I have at the moment, I think it’s very positive. We just look ahead and a lot of good things are coming but hopefully it’s going to be enough.”

Red Bull team principal Christian Horner said the team didn’t have any better strategic options for Verstappen as pitting him at a different time would have risked dropping him into traffic.

“What wasn’t apparent for Jos was all the information that we have during a race,” said Horner. “And of course, if we had pitted, he would have come out behind, I think, George [Russell] at the time.”

“Jos is his own person, isn’t he, he’s his own personality,” Horner added. “He’s obviously got opinions, and that’s absolutely fine. That’s his opinion. The reality for us was obviously slightly different. So it’s no issue.”