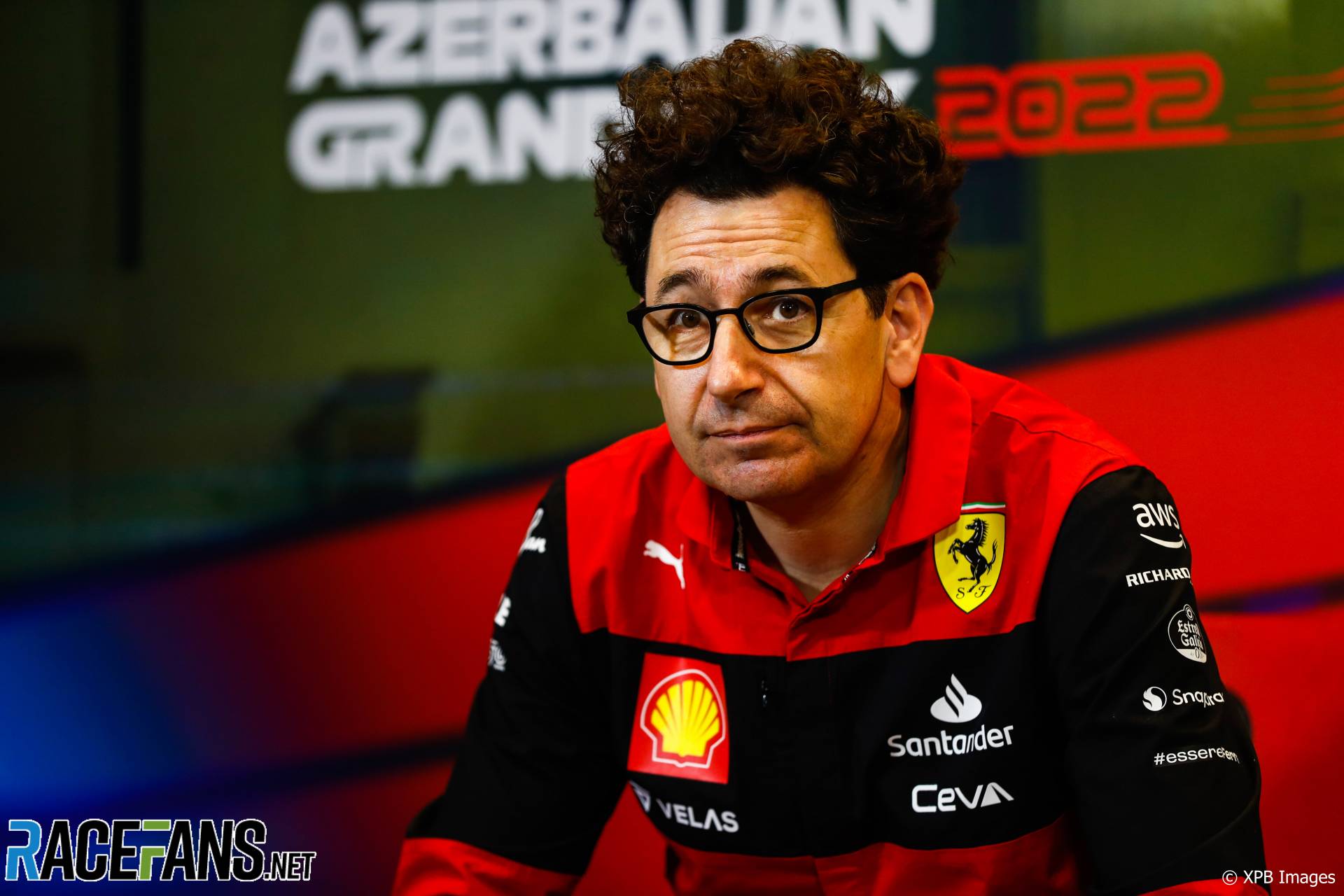 Ferrari team principal Mattia Binotto has criticised a lack of consistency in decisions made by the stewards in the 2022 season so far.

Formula 1 adopted a new system of rotating race directors for 2022. Niels Wittich and Eduardo Freitas are sharing duties throughout the season.

However, the race directors and stewards have come under criticism from some drivers and team principals for perceived inconsistency in decisions and rules varying from race to race.

Asked by RaceFans for his views on the current race director arrangement, Ferrari team principal Mattia Binotto said he would like to see them work with teams to improve the consistency of decisions.

“It’s certainly not an easy job,” said Binotto. “These guys need some more experience – it’s not something which you learn from the very first race.

“If you look at the start of the season, certainly as Ferrari, we cannot be happy. I think often we have been disadvantaged by decisions, but that’s the way it is. We understand the difficulty.

“I think in order to make them improve, we need to help them as well. I think it has to be a collaboration between the teams and the race directors – make sure that they understand, they improve as fast as possible.

“Because no doubt that so far in this season sometimes there was no consistency in decisions. I think we cannot deny that. As well we cannot deny it’s not an easy job. So it will take some time.”

Ferrari protested the results of the Monaco Grand Prix immediately after the race due to controversy over whether Red Bull drivers Max Verstappen and Sergio Perez crossed the white pit exit line after their final pit stops. The stewards dismissed the protests, but only after it was identified that Eduardo Freitas’ event notes had contradicted the FIA’s revised International Sporting Code.

“I think this one is one of the decisions in which we are not happy,” said Binotto. “We made the protests, I think we knew what would have been the output, but I think it was right for us to protest just to show at least that we were not in agreement with the decision at the time.

Binotto insisted their protest was not targeted at Red Bull, but was about highlighting inconsistencies in the rules.

“Overall I think that type of discussions and actions show that there was certainly an inconsistency in Monaco,” Binotto explained. “Now that’s the way they decided – we will accept and we are accepting as a matter of fact, we didn’t make any appeal.

“It was nothing against Red Bull, honestly, I think it’s a fair fight between the two teams at the moment. Happy to move on with the fair fights. It was more for us to show to FIA that at the moment we are unhappy with the type of decisions they are taking.”