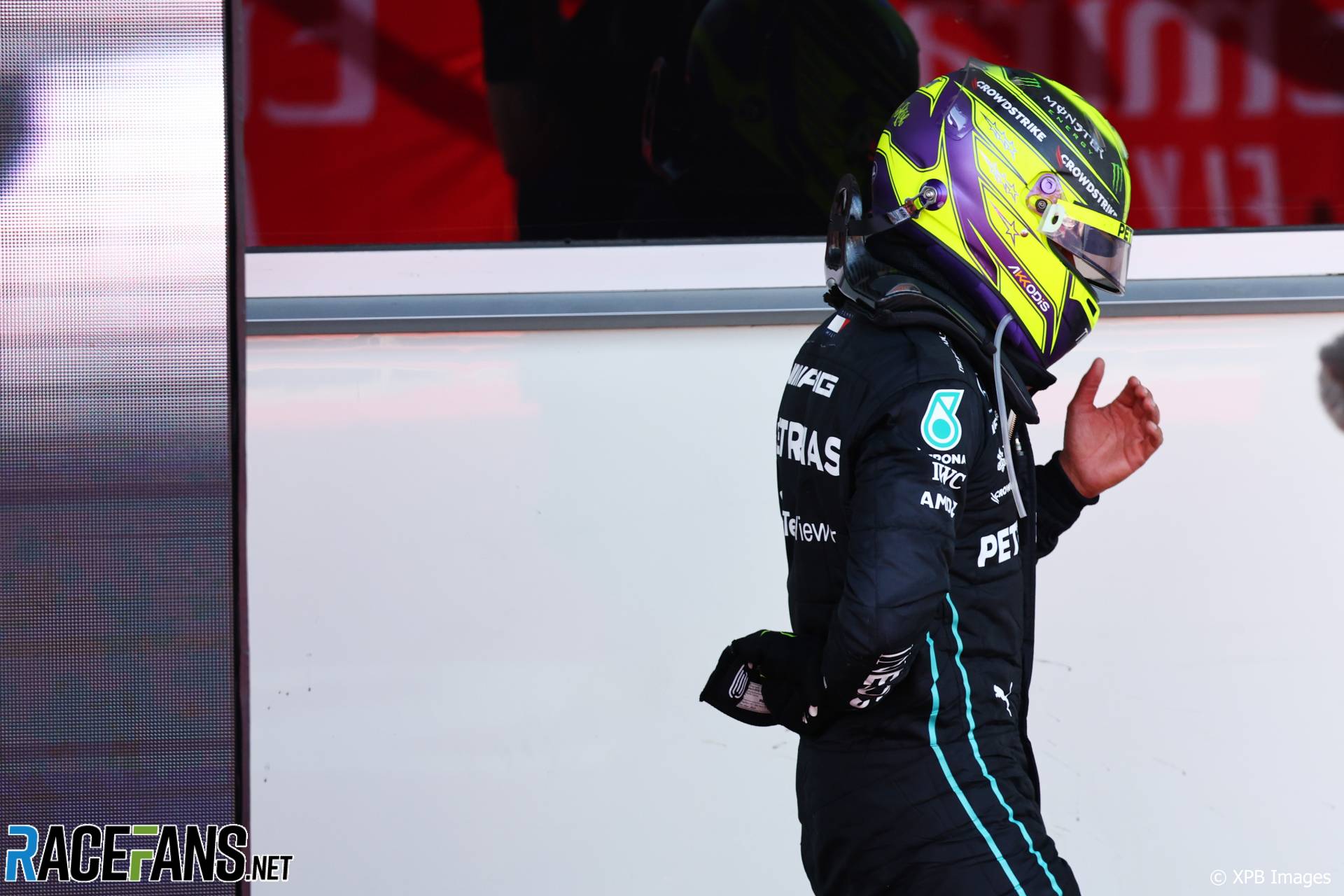 Mercedes will ensure they are prepared for the possibility Lewis Hamilton cannot participate during next week’s Canadian Grand Prix weekend.

Hamilton said he was in severe pain during today’s Azerbaijan Grand Prix due to his car’s porpoising and bottoming throughout the race. He called it “the most painful race I’ve experienced”.

Wolff said it was clear his driver’s condition was worse than just muscular pain. “I haven’t seen him and I haven’t spoken to him afterwards,” he said, “but you can see this is not muscular anymore. I mean, this goes properly into the spine and can have some consequences.”

Practice for the next race at the Circuit Gilles Villeneuve is due to begin in five days’ time. Wolff said the team will be ready for the possibility Hamilton or team mate George Russell cannot drive.

“I don’t think this is only Lewis’s issue,” he said. “He’s the one that is probably worst affected. But generally, it also affects George and many others.

“So the solution could be to have someone on reserve, which we anyway have at every race, to make sure that our cars run.”

Hamilton has not missed a race since he tested positive for Covid-19 ahead of the Sakhir Grand Prix in 2020. All teams are required to run junior drivers in at least two practice sessions during the course of the season. Mercedes could take advantage of the opportunity to do that in first practice, extending Hamilton’s recuperation time.

Wolff apologised to Hamilton over the radio after the race. “I know this is a bit of a shitbox to drive,” he said, “sorry for that.”

He admitted afterwards his driver was in “really bad” shape following the race. “We’ve just got to find a solution at this stage,” said Wolff. “He’s, I think, maybe the worst-affected from our drivers.

“But pretty much everyone, as far as I understood from the drivers, said that something needs to happen. But I couldn’t give you an explanation what that is.”

In Baku the problem of the cars porpoising – bouncing up and down at speed – was aggravated by them bottoming out – hitting the circuit – on the bumpy track. “They are very much linked together,” Wolff agreed. “We have seen tracks where we have zero porpoising and then we have bouncing and then some cars are bottoming.

“So it’s not really clear. It is clear [that] it’s all interlinked with the aerodynamic performance of the floor.”