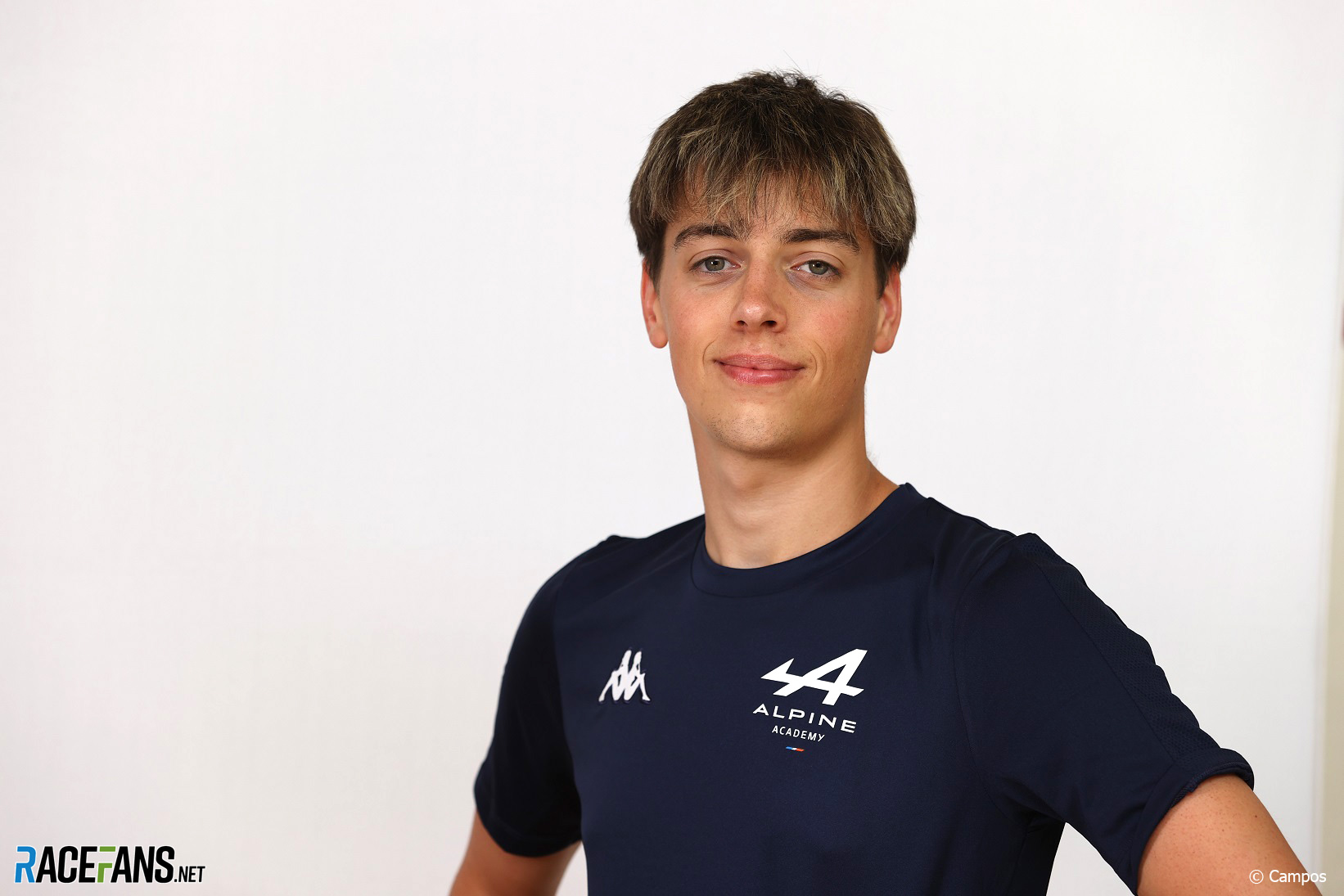 Alpine junior driver Olli Caldwell will have his first run in a Formula 1 car in a test for the team tomorrow.

He will drive the team’s A521 chassis at Silverstone tomorrow. Oscar Piastri, Alpine’s reserve driver, is at the wheel today.

“I’m unbelievably excited and quite speechless, to be honest,’ said Caldwell, ahead of the test. “So I just wanted to say a massive thank you to Alpine for giving me this opportunity, not only to drive an F1 car but also to drive it at my home circuit.”

Caldwell joined Alpine’s Academy at the beginning of the year after finishing eighth in Formula 3 last year, where he won once. He graduated to Formula 2 with Campos this season and is yet to score a point.

Alpine appointed him to their junior driver programme at the same time as ex-Red Bull Junior Team driver Jack Doohan, who has already had a chance to drive the A521.

Caldwell, who turned 20 during the Azerbaijan F2 round, has also competed in prototype endurance racing, driving an LMP2 in the Eight Hours of Bahrain for ARC Bratislava. His best junior series result was third in the Italian F4 championship in 2018.