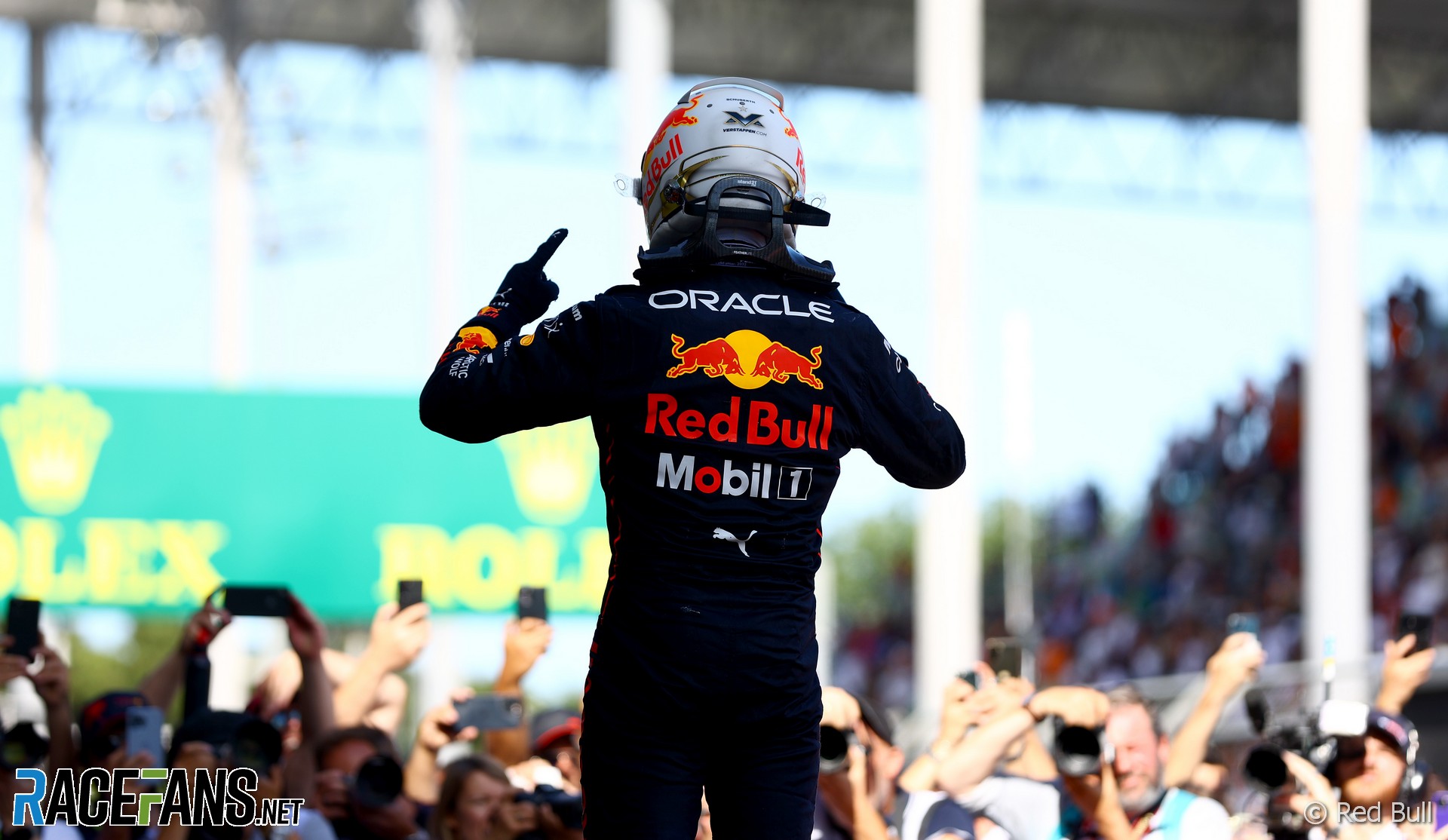 Charles Leclerc’s head must be spinning at the speed with which his championship fortunes have reversed in the space of just seven weeks.

Arriving in Imola he led the drivers’ championship by 34 points. Max Verstappen, clearly the Ferrari driver’s most serious threat, languished in sixth place, 46 points behind him.

Since then Verstappen has gone on a tear, winning four out of five grands prix and adding a sprint race victory to boot. He’s dropped just 12 points from an available 138.

Meanwhile Leclerc has retired twice due to car trouble and saw his Ferrari team squander more points in Monaco. He’s sunk to third in the championship, 34 points behind his rival. Verstappen has achieved an 80-point swing against him in just five races – an average of 16 points per race.

Two other statistics ram home just how badly things have gone for Leclerc. He is now just 17 points ahead of George Russell, who is working wonders with an uncompetitive Mercedes. Not only is he the only driver to have scored points in every race, he’s never placed outside the top five.

Of course none of this has done any favours for Leclerc’s pole-to-win ratio, which was already the second-lowest of any driver.

In the sixth running of this race – held five times as the Azerbaijan Grand Prix and once as the ‘European’ – it has still never been won by the same driver more than once. But while Verstappen is the sixth different driver to win, Red Bull and Mercedes remain the only teams to take victories at the Baku City Circuit.

Verstappen claimed his 25th career win, giving him as many victories as Jim Clark and Niki Lauda. The Red Bull driver has started 149 races which is fewer than Lauda (171) but more than twice as many as Clark (73).

“We do more races a year,” Verstappen pointed out when told of his record after Sunday’s race. “So if you have a good car – it’s not really comparable, but it’s nice for the books.”

His victory was the 81st for Red Bull, giving them as many victories as Lotus (including their 2010-2015 incarnations), meaning the two teams are tied for fifth place on the all-time list of race-winning constructors. The next target is Williams on 114. Their last victory came a decade ago, in the 2012 Spanish Grand Prix, at which time Red Bull had won just 28 races.

Sergio Perez claimed the fastest lap, beating his team mate by a mere four-thousandths of a second. That was his eighth, giving him as many as James Hunt, Ralf Schumacher, Jenson Button and the driver this weekend’s venue is named after: Gilles Villeneuve.

The drivers in fifth and sixth places, Pierre Gasly and Sebastian Vettel, claimed the best results of the season for themselves and their teams (AlphaTauri and Aston Martin respectively) to date this year.

Ferrari’s customer teams also had a tough day in Baku. For the first time this year there were no Ferrari-powered cars among the points scorers.

Finally, Fernando Alonso reached a milestone as he surpassed Michael Schumacher – the man he beat to win his second world championship in 2006 – to become the F1 driver with the longest-running career.

Alonso made his debut at the 2001 Australian Grand Prix for Minardi. After sitting out the 2002 season he returned the following year and raced until the end of 2018. He took two years out before returning with Alpine last year.

Schumacher’s F1 career started mid-season in 1991 at the Belgian Grand Prix. He missed part of the 1999 season due to injury and retired after that 2006 title fight with Alonso. But he came back after three years away for a final, three-year stint.

As of Sunday’s race, Alonso’s career has spanned 7,770 days, seven more than Schumacher’s. Alonso is due to surpass Kimi Raikkonen as the most experienced F1 driver in terms of race starts at the Italian Grand Prix in September.