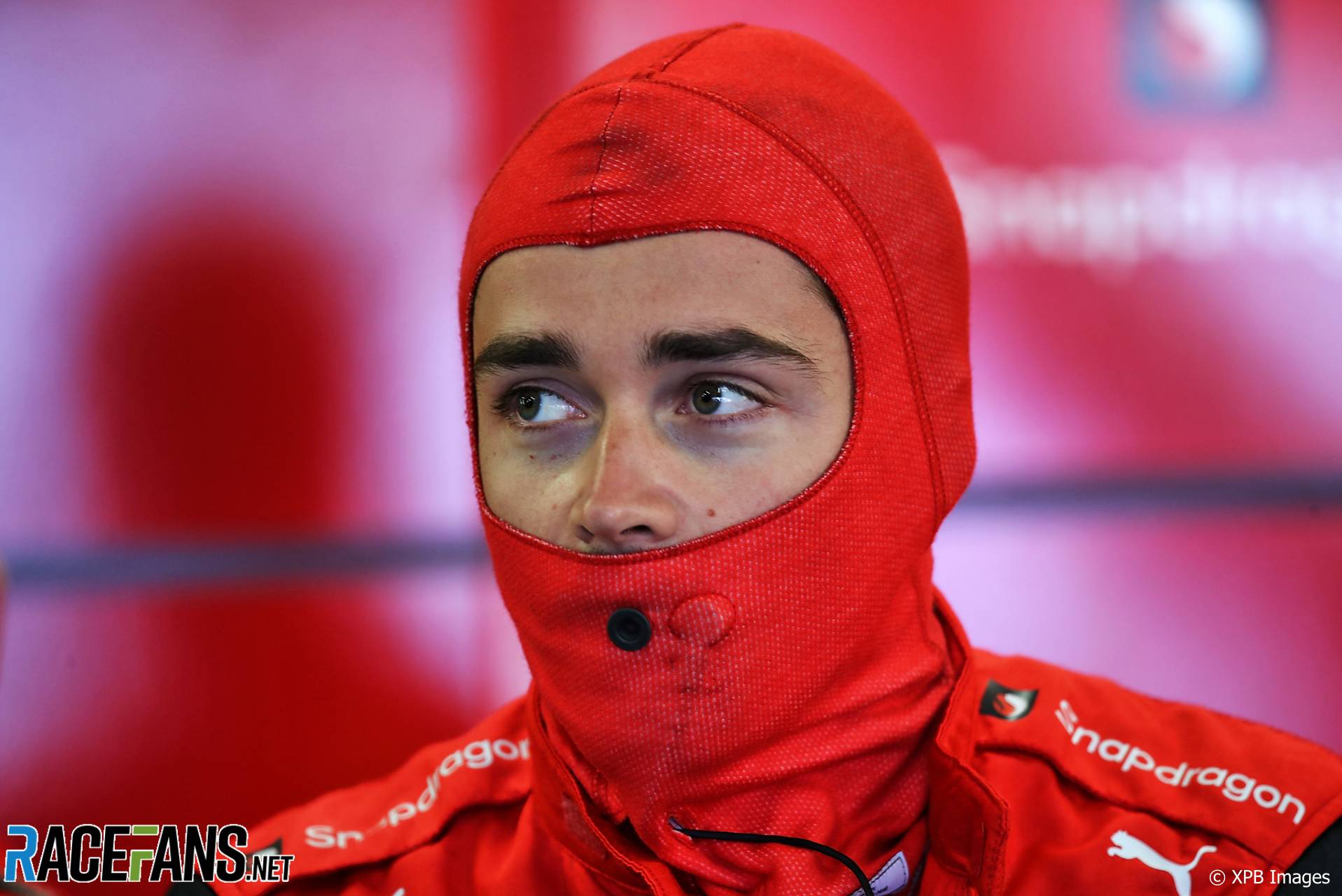 Charles Leclerc will take a grid penalty at this weekend’s Canadian Grand Prix after his team opted to change another power unit part on his car.

The Ferrari driver suffered a power unit failure while leading the Azerbaijan Grand Prix on Sunday. The team has fitted new control electronics for this weekend’s Canadian Grand Prix at the Circuit Gilles Villeneuve.

By using his third different set of electrics this season, Leclerc will exceed the maximum limit of two. As this is the first time he has exceeded the limit, he will incur an automatic 10-place grid penalty.

Ferrari had already changed the electrics on Leclerc’s car ahead of the first practice session, along with his engine, MHU-H and MGU-K. This was done without incurring a penalty.

During the second practice session Leclerc’s race engineer Xavier Marcos Padros told him he was unable to perform burn-outs in his car due to his turbocharger. This is one of the few parts which has not been changed on Leclerc’s car this weekend, and Ferrari may yet perform a further power unit change which could lead to Leclerc starting Sunday’s race from the back of the grid.

Power unit components used prior to the Canadian Grand Prix