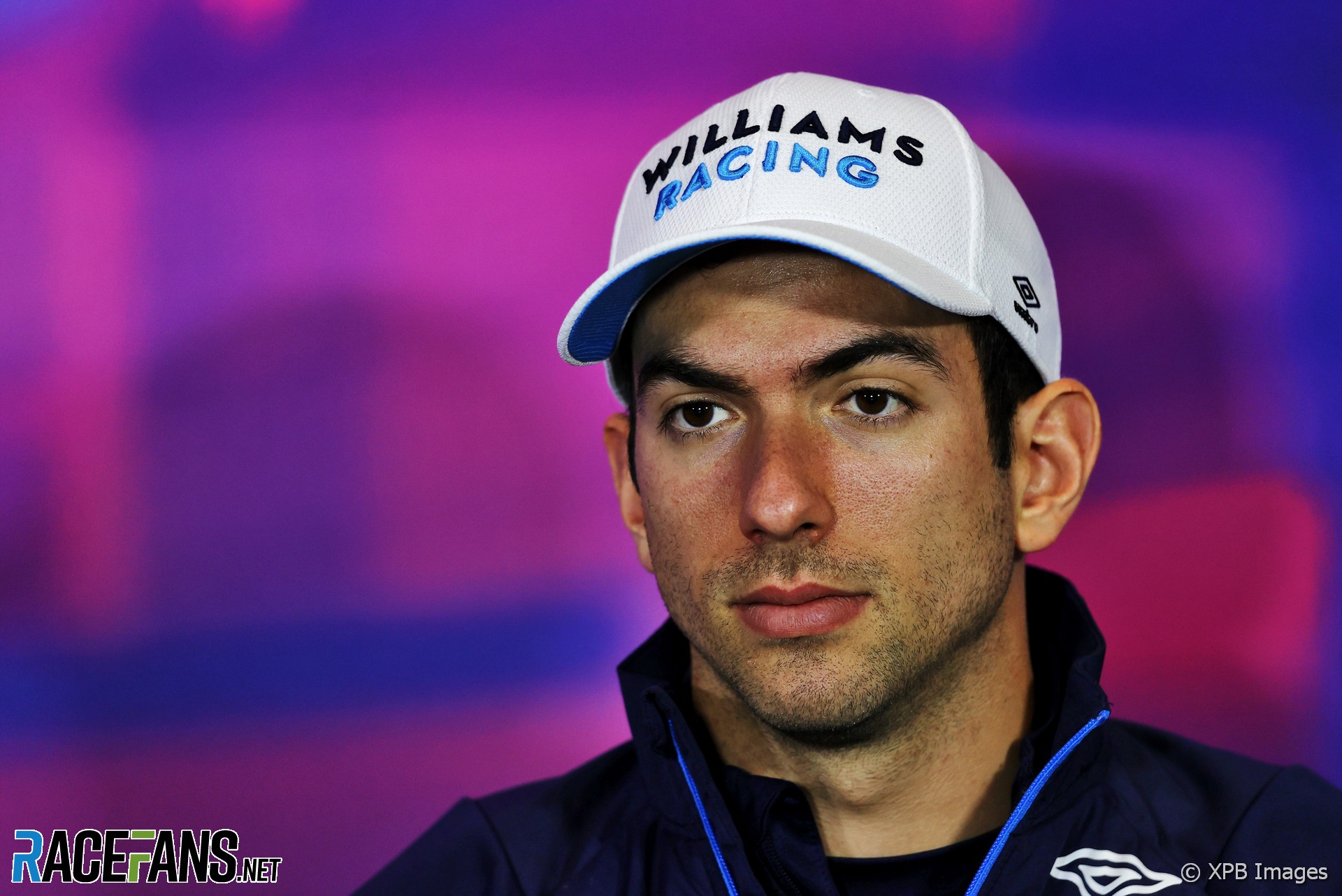 Nicholas Latifi says the upgrade Williams have brought for his team mate’s car this weekend won’t be available for both cars at the next race.

Latifi said Albon got the upgrades first due to “championship position”. Albon has scored all of Williams’ three points so far this year.

“I think it’s a fairly standard thing when upgrades are available only for one car,” said Latifi, “so I’m not surprised that the upgrades on his car.

“Obviously from my side I would have liked there to be two sets of upgrades, especially as it’s our first upgrade of the season. From where we started it has felt like quite a long time because it was clear we were not where we wanted to be performance-wise.

Williams have given the drivers “a very broad range and potential time” gain from the new bodywork, said Latifi. “We just really have to see what it’s going to bring.”

Albon described the new upgrade as being similar in philosophy to Red Bull’s design. Latifi said “it is a sizable difference visually.”

“The two cars will look different. Even though it’s not on my car, I’m hopeful that it’s going to be quite a big difference.”

However he will have to wait at least one more race before he can run it. “I think in a few races I’m supposed to get it,” said Latifi. “It won’t be the next race either, which is obviously a little bit frustrating from a driving side of things.

“But I’m going to be watching with a keen eye to see what it brings to the other car. Hopefully there’s a relative closure in performance to the next gap of cars, because I know there’s a few other cars here as well bringing some upgrades, we’ll have to wait and see.”