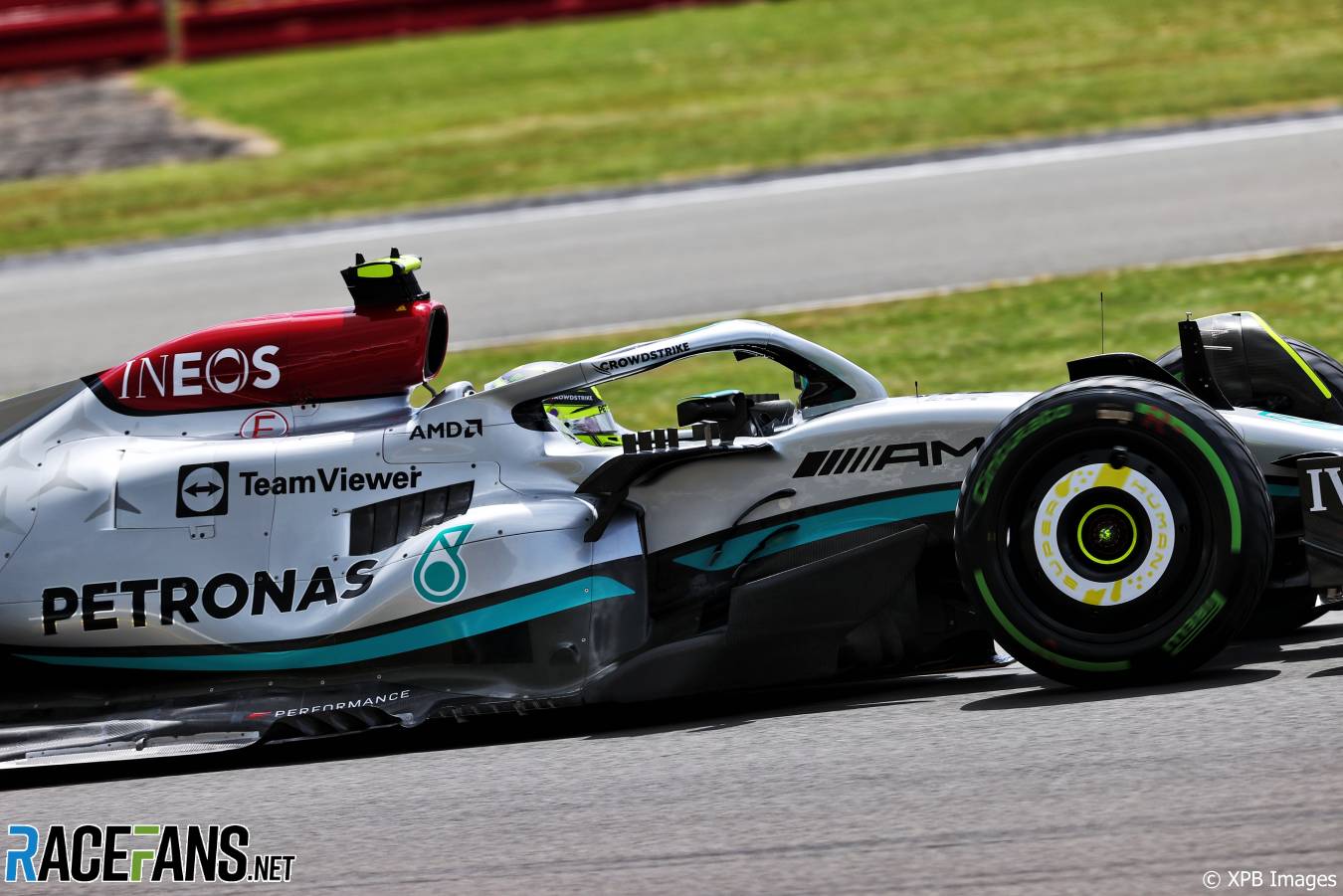 Mercedes are confident they’ve made progress with their W13 at Silverstone this weekend after an encouraging start to practice for the team.

“It does look like we’ve made a step forward because we’re not normally up near the top on a Friday,” admitted Mercedes’ head of trackside engineering Andrew Shovlin.

“Normally we see the sort of gap of half a second, maybe even seven, eight tenths to the faster teams on a long run. And that didn’t look like it was there.”

Mercedes expected to be more competitive at Silverstone which is a faster, smoother layout than other tracks.

“Probably a bit is the circuit suiting the car,” said Shovlin. “There’s definitely a lot to work on, there’s a lot of bouncing around and it’s tricky in the high-speed at the moment. But hopefully the updates pushed us in the right direction.”

The team has brought a package of aerodynamic improvements to its car this weekend to extract more performance from it. Shovlin said the team believes it now has a better understanding of what brings out the best and the worst from the W13.

“What’s encouraging is not so much the circuit as just to say that there are circuits where the car works well. We just had three pretty bumpy low-speed street circuits, we’ve understood why we were struggling there a bit.