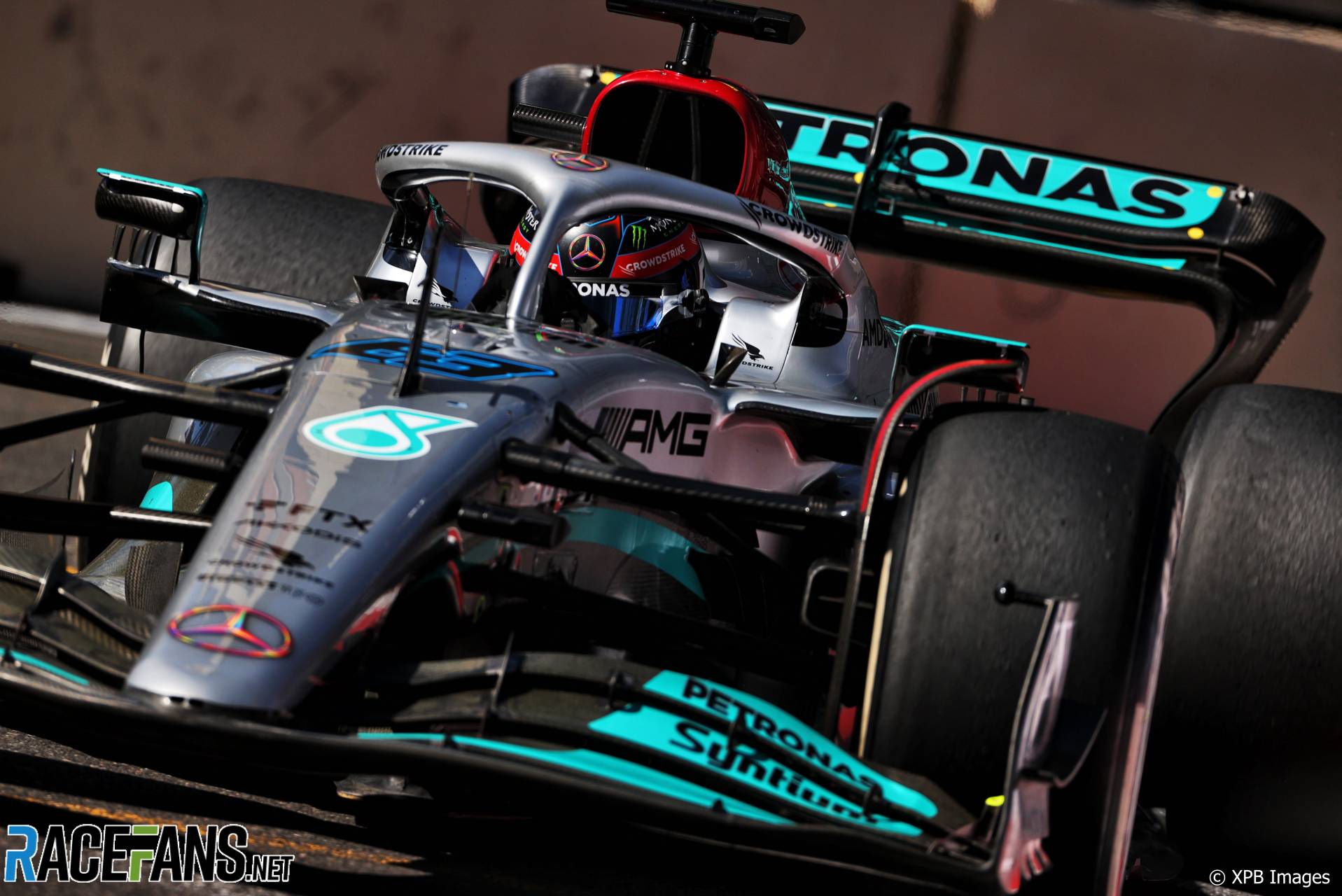 The FIA’s proposed metric to limit the extent of porpoising is strict enough that Mercedes would have exceeded it at least once this season, the team has admitted.

The sport’s governing body issued an updated technical directive ahead of this weekend’s race stating they have defined a metric to measure excessively severe porpoising. They plan to enforce it as a limit from the French Grand Prix, and any teams who exceed it will be required to make set-up adjustments to their cars.

The Mercedes drivers suffered an especially punishing ride at the Azerbaijan Grand Prix in Baku. The team’s technical director Mike Elliott confirmed they would have exceeded the metric at that race.

“From what we’ve heard from the FIA I think it’s something they’re going to have to work on and build and work out how it’s going to work pragmatically,” he said in response to a question from RaceFans.

“I think Baku, going back to it, looking at the race using that metric, Baku is one we wouldn’t have passed.”

The team has had significantly less porpoising at the smoother Silverstone so far this weekend. “If you look at where we were yesterday it wouldn’t have even triggered the metric,” said Elliott.

“So I think it’s difficult. It’s going to be interesting to see how it is applied, how it’s used through the season, because none of us want to be bouncing.”

Before the metric is enforced, Elliott wants the FIA to define what steps teams may take to reduce porpoising without violating restrictions on set-up changes, and without risking cars being disallowed from participating in events.

“The question becomes, ‘if you are exceeding the metric, can you actually fix it during a race weekend’? Because I don’t think any of us want to see cars not taking part or cars thrown out because they’re not able to get on top of those issues.

The amount of porpoising cars experience is strongly influenced by the variations between tracks, Elliott added.

“What we’ve seen is we’ve seen different circuits have different effects. And certainly the last few circuits where we’ve seen quite a lot of bouncing I think it’s just because the circuits are quite bumpy and they’re very stiff cars.”

While several of the upcoming races are on smooth tracks, Elliott suspects the Hungarian Grand Prix could present more porpoising problems.

“Budapest might be challenging for teams for the same reason,” he said. “At the same time, I think we’re all getting on top of our issues, we’re understanding those issues and developing the cars so hopefully we can move away from that.”

Red Bull team principal Christian Horner said they have not come close to the limits defined by the FIA’s proposed porpoising metric. He said it would not be fair to force them to make changes to their car or set-ups based on the new standard.

“For us porpoising is an issue anywhere near any of the other extremities,” he said. “Now what I understand from the FIA, within their metric from what they saw in Montreal, all teams have been within that metric. So it wouldn’t change anything.

“But there was one team that was outside of that metric significantly in Azerbaijan. So, theoretically, it shouldn’t really change anything for us.

“Which would seem unfair if it were to suddenly have to require a redesign or to run our car in a different manner. But I guess the TD is being used to bring into line the set-up of teams to ensure that there isn’t too aggressive porpoising for the drivers.”