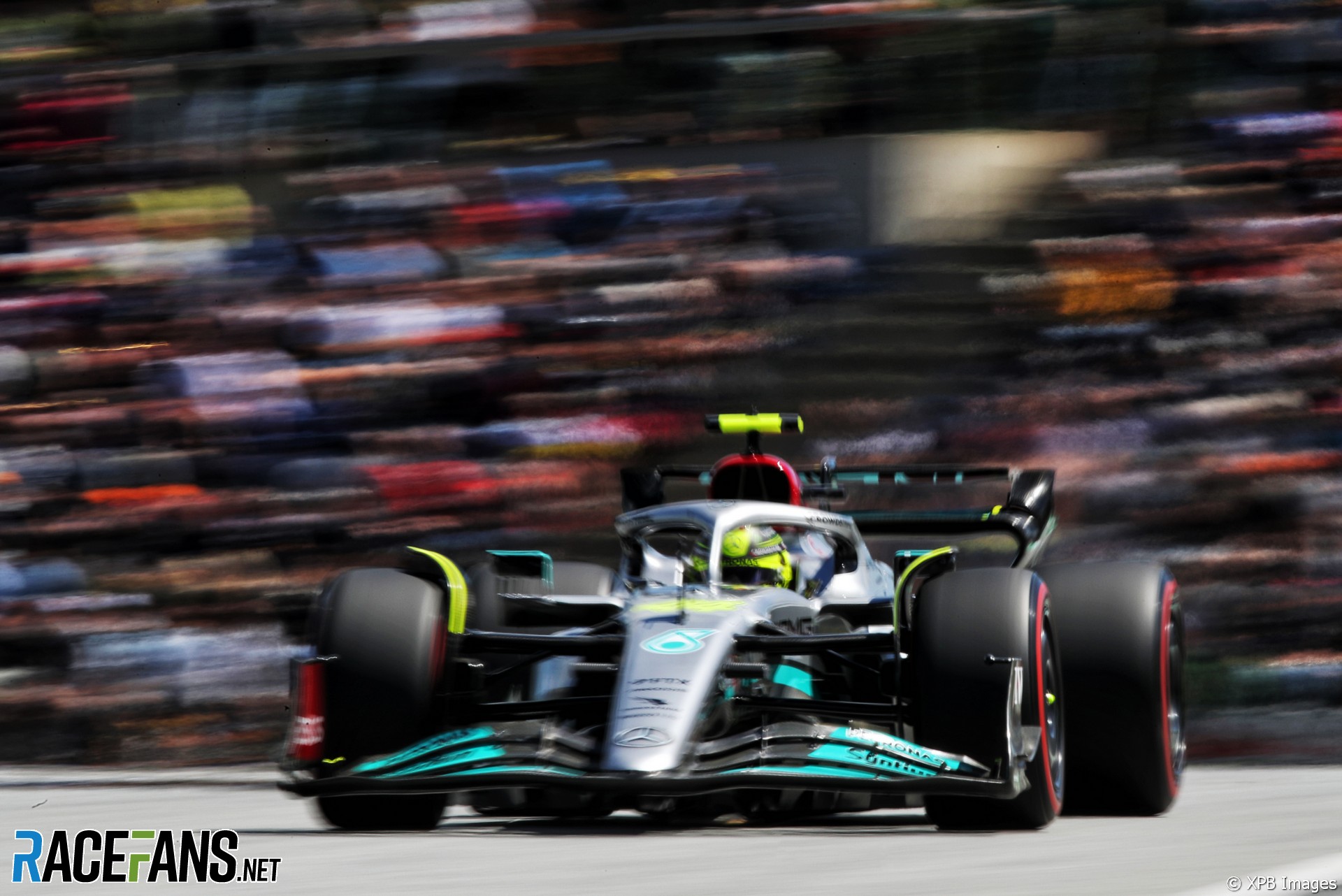 Lewis Hamilton said he was “incredibly disappointed” with himself after crashing out of what had been a strong qualifying session for Mercedes.

The seven-times world champion said he had a “big hit” with the barrier when he spun off at turn seven during Q3. He had been in contention for the fastest time earlier in the session.

“I’m incredibly disappointed in myself, ultimately,” Hamilton told the official F1 channel. He will start Saturday’s sprint race from 10th on the grid. “I’m so sorry to the team, everyone worked so hard to put this car together and I never like to bring it back damaged.”

Mercedes were enjoying their most competitive showing of the season so far until Hamilton crashed, followed soon afterwards by his team mate George Russell.

“We were fighting for top three, I think,” said Hamilton, who was at a loss to explain why his car snapped away from him on the way into the corner. “I don’t have an answer to it, I just lost the back end in turn seven and that was that.”

Hamilton said he is unsure whether Mercedes’ strong showing in qualifying will also mean they are able to make progress in the sprint race.

“I’m encouraged, of course, to see our performance,” he said. “We weren’t expecting to be as close as that today so that’s a huge positive.

“But I’m really quite far back. I don’t know what’s possible from there but we have a sprint race as well so I hope that tomorrow I can make up for some lost time.”

Mercedes team principal Toto Wolff said Hamilton and Russell “shouldn’t beat themselves up because of this situation of crashing out.” Russell qualified fifth, five places ahead of Hamilton.

“We’ve given them a car that wasn’t on par for 10 races in a row,” he told Sky. “Now we’re starting to come to terms and we’re able to drive in front and then it can happen that you just lose the car.

“I’d rather have a fast car and a qualifying like this than not having the pace to be in the top four.”