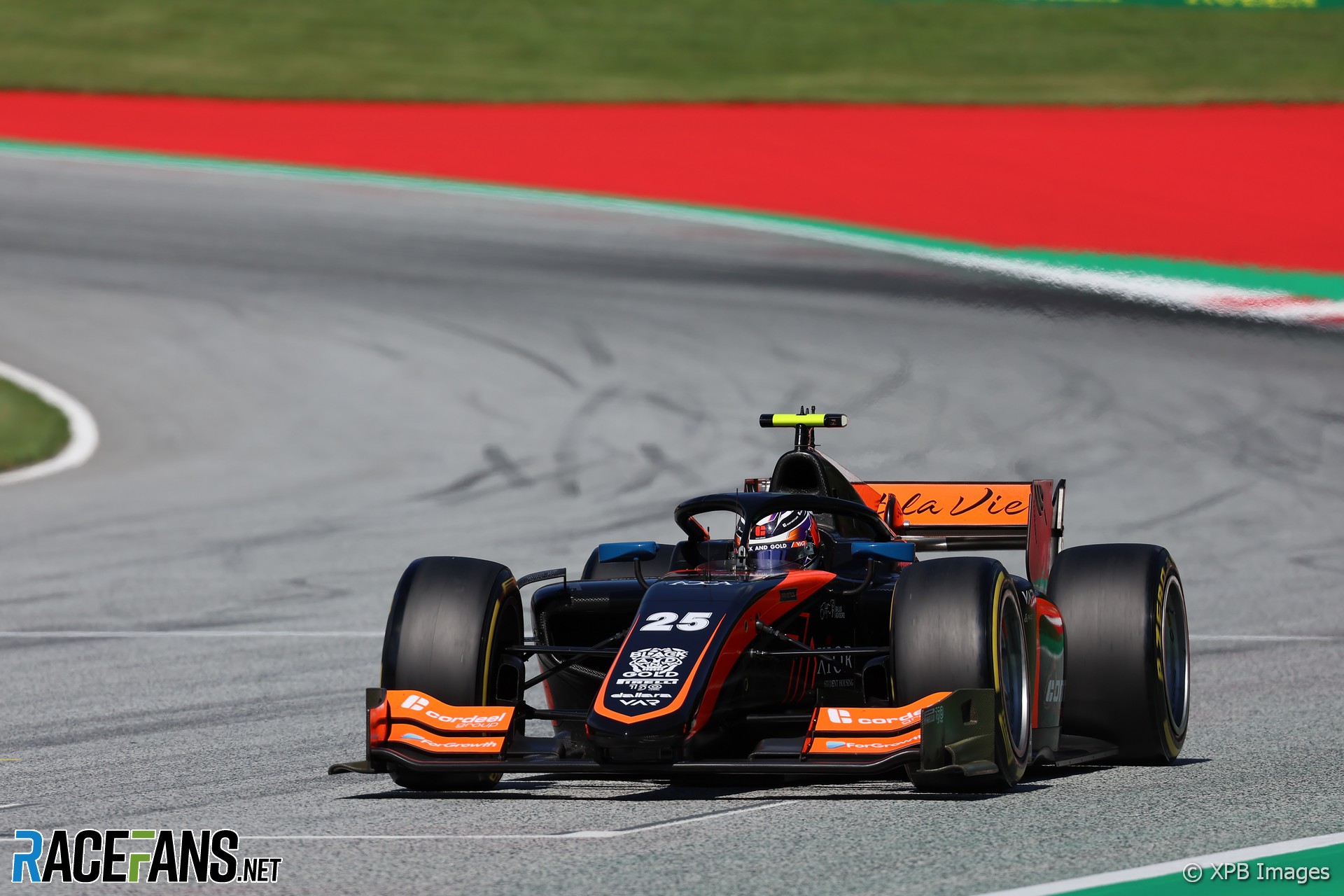 Amaury Cordeel moved one-third of the way towards collecting another ban in his first race since returning from the last one.

The Van Amersfoort Formula 2 driver was handed a total of four penalty points in today’s sprint race at the Red Bull Ring. He did not race in the previous round at Silverstone having amassed 12 penalty points over this opening six double-header events, triggering an automatic ban.

He was given three penalty points plus a 30-second time penalty for a single incident following today’s race. Cordeel overtook another car on his way back to the pits in an area of track which was covered by double waved yellow flags.

He told the stewards he “went through his standard end of race routine after passing the chequered flag” in 16th place, the stewards explained. “He drove to parc ferme at a moderate speed, but admitted that he did not pay enough attention to any flag signals as he was focused on other things.

“As double waved yellow flags during the race in general and after the chequered flag in particular have high priority as they are signalling that there is potential danger on track, the stewards reinforced the fact that any infringement of such safety regulations i.e. by overtaking another car cannot be accepted and that therefore severe penalties will be imposed for such infringements.

“They advised the driver that he needs to pay attention to any flag signals at any time while being in the car. The driver accepted his responsibility.”

Cordeel was given another penalty point for repeatedly exceeding track limits. He was not alone in this infringement: Olli Caldwell, Frederik Vesti and returning ex-Formula 1 driver Roberto Merhi also received the same.

With 13 races left this season, Cordeel is at risk of collecting a further ban if he continues at this rate. But Caldwell is in more immediate danger: He is now on 11 penalty points, meaning the Campos driver will be forced to miss a round if he collects another before the season is over.

Theo Pourchaire avoided a penalty which could have put his second-place finish in jeopardy. The ART driver was investigated for exceeding track limits more than three times, but the stewards discovered “the third track limit violation of the driver was inadvertently displayed twice on the messaging screen, bringing the total count to four infringements, but in fact the driver had only left the track on three occasions.”