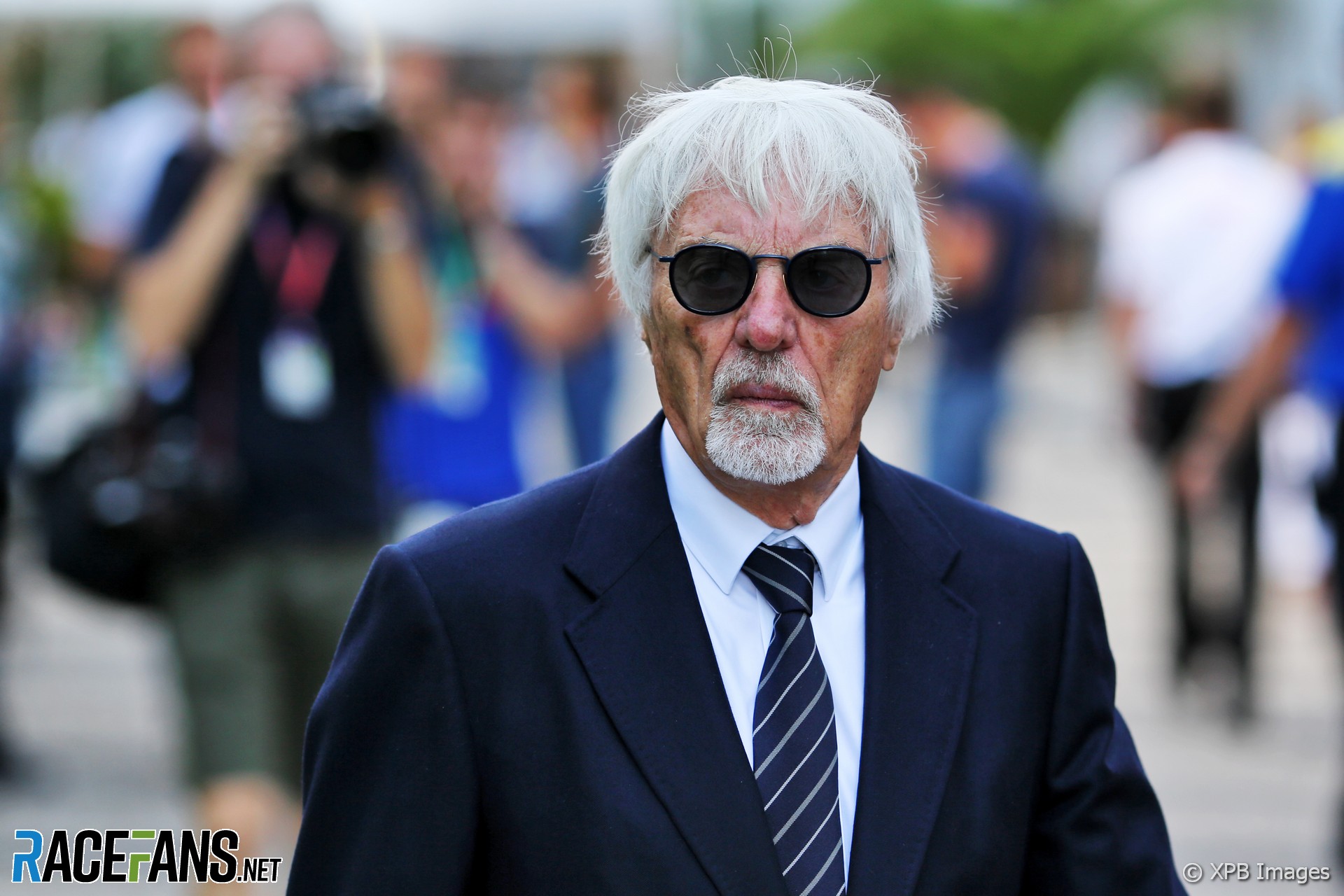 Thousands have died since the Russian invasion began in late February. In an interview last week, while defending his former driver Nelson Piquet over racist comments he made about Lewis Hamilton, Ecclestone was drawn onto the subject of Putin, whom he praised many times before the war began.

“I’d still take a bullet for him,” Ecclestone said last week, adding the invasion was “something that he believed was the right thing he was doing for Russia” and it “wasn’t intentional to be a war.”

F1 swiftly criticised the remarks made by Ecclestone, who left his emeritus position within the sport in 2020.

In an interview for Sky, Ecclestone said he does not support Putin’s war and apologised for any “upset” he caused with his comments.

“Often people, I think, come out and say things or do things without really too much thinking. Probably I did the same. And I could understand people thinking that I’m defending what he’s done in Ukraine, which I don’t.

“I was brought up during [World War Two]. So I know what it’s like. I feel sorry for the people in Ukraine having to suffer for something they haven’t done. They’ve done nothing wrong. They didn’t start anything and they’ve done nothing. They want to get on with their lives. They want their kids to go to school and try to go to work and earn a living to keep their family going.

“So they don’t deserve to have to suffer. It’s not good for anybody. I can’t see anyone getting anything out of this. I think they should get together and get an agreement. And I’m sorry if anything I’ve said has upset anybody, because it certainly wasn’t intended.”

Following Ecclestone’s comments last week, Hamilton said it was wrong to give a platform to figures like the former F1 boss.

“To hear from someone that ultimately believes in the war,” said Hamilton, “the displacement of millions of people and the killing of thousands of people, the person that’s doing that, they support them. I mean, that’s beyond me. And I can’t believe that’s what I heard.”