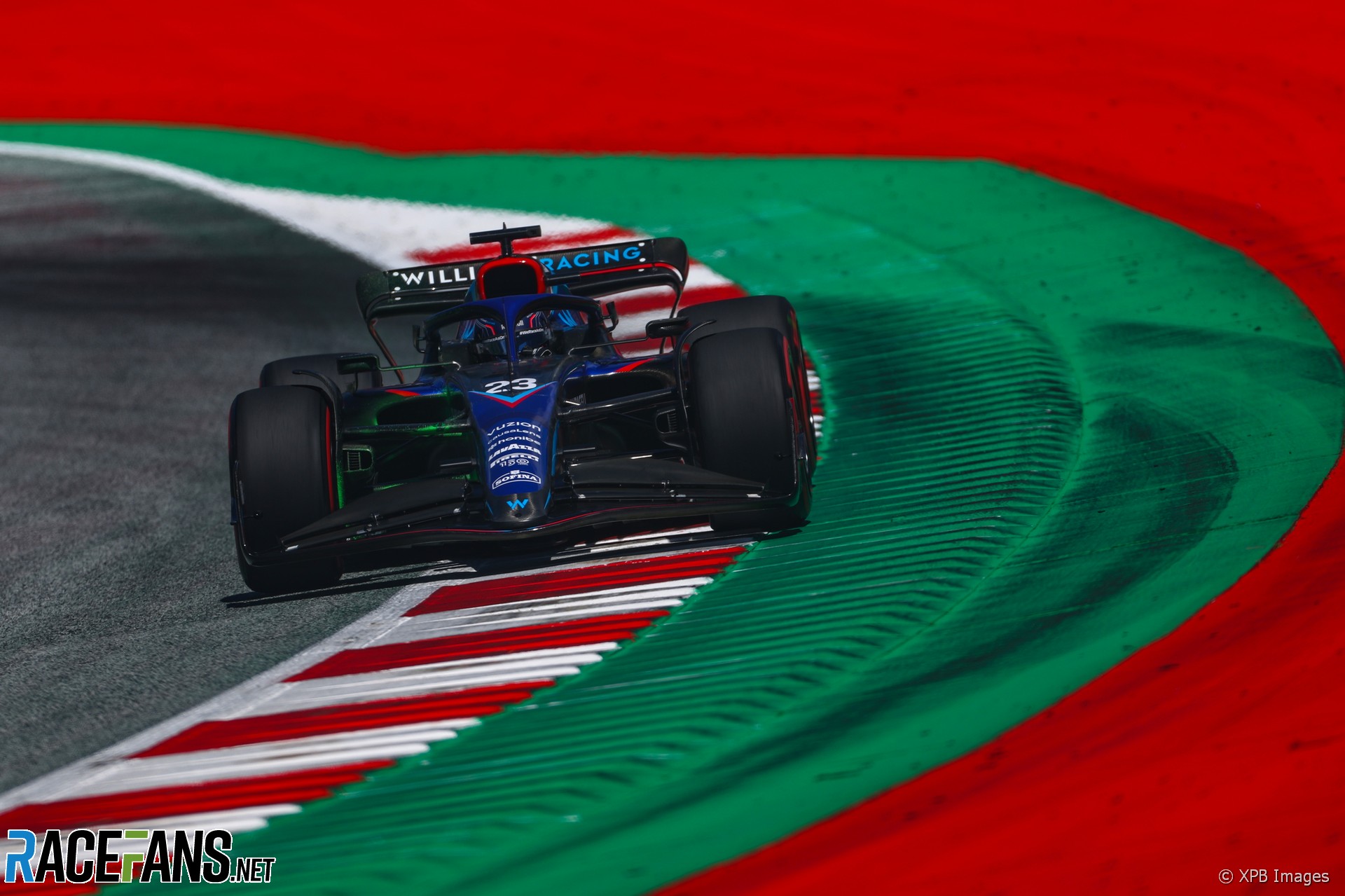 When the FIA announced Formula 1 race director Michael Masi was to be replaced and his role shared between two new appointees, it was clear the sport’s bold new era in car design would be matched by similar changes in officiating.

The appointment of former DTM race director Niels Wittich and World Endurance Championship and Le Mans 24 Hours race director Eduardo Freitas was supposed to restore some badly-needed credibility to the role – and F1 itself – following the deeply controversial conclusion to last year’s championship in Abu Dhabi. By sharing the role between two established figures, the idea was also to lighten the load on those tasked with carrying out duties throughout the season.

In motorsport, only the race stewards can hand down penalties to competitors – but the race director is the one who determines how the rules will be interpreted every race weekend. The new regime introduced one of its most significant changes at the first race of the year.

Over recent seasons the rules around track limits in Formula 1 varied from circuit to circuit, corner to corner and even from session to session. But from the start of this year it was announcement that track limits would simply be defined by the white lines on the outside of the racing surface. No ambiguity. No exceptions.

This no-nonsense approach to track limits was warmly welcomed by many fans of the sport, hopeful that it would put a stop to the seemingly endless debate over this particular rule of racing every weekend. The impact of this new approach has certainly been felt so far in 2022.

Across the first 11 races of the championship, exactly half the season, the FIA’s panels of stewards have deleted a total of 233 lap times from competitive sessions – qualifying, sprint races and grands prix – after 196 track limits offences. The most regular offender was Williams driver Alexander Albon, who has committed 16 track limits infringements this season. Lewis Hamilton was second, tallying 14 breaches.

Track limits infringements through first half of 2022 Formula 1 season:

The effects of this zero tolerance approach reached a peak in the last round at the Red Bull Ring. Under Masi, the Styrian and Austrian Grands Prix held at the track last year saw a total of 31 track limits transgressions across both weekends over qualifying sessions and races. No times were deleted for those who ran outside the white lines at turns one, seven or eight.

By the time the chequered flag flew at the end of the race, four drivers – Pierre Gasly, Lando Norris, Zhou Guanyu and Sebastian Vettel – had all been handed five-second time penalties by the stewards for exceeding track limits four separate times. Three others – Lewis Hamilton, Carlos Sainz Jnr and Sergio Perez – were also officially warned by race control with black-and-white flags after committing three offences.

After the race, Norris questioned if it was necessary to apply the rules equally strictly across all corners on the circuit.

“The last two corners, I completely understand,” Norris explained. “There, you run wide, you pretty much gain an advantage.

“I had one in turn one, or wherever I got my penalty, where I’ve just locked up the front tyres, I’ve hit the sausage [kerb], I’ve lost like a second up to the hill and then I get track limits for that? I’ve been punished enough, because I’ve lost one second. So it’s a bit stupid, some of them.”

The McLaren driver conceded his complaints were fully consistent with what he and his fellow drivers had asked of the new race directors before the season.

“We’ve also said that we want it to be strict since last year and we want it to be the same every time and so on,” Norris admitted. “Us drivers always want something different and something better and so on. It’s just a difficult track to always judge the limits so finely.”

Even Norris’s team principal, Andreas Seidl, said that he was happy the rules appeared to be being applied as claimed at the start of the season – despite one of his drivers copping a penalty.

“In terms of track limits, all teams and drivers were screaming for consistency or more consistency in the past,” Seidl said.

The sheer number of times deleted over the course of the Austrian race weekend was remarkable, but by no means the entire field that struggled to stay within the margins. Counting all three competitive sessions – Friday’s qualifying, Saturday’s sprint race and Sunday’s grand prix – there were two drivers who successfully navigated the weekend without any deleted times: Esteban Ocon and Valtteri Bottas.

With Ocon taking a strong fifth place finish and Bottas only just missing out on points from the back of the grid after being passed by Ocon’s team mate Fernando Alonso on the final lap, it’s clear that keeping within the lines did not slow down Ocon or Bottas enough to compromise their races too negatively. Arguably this is proof there’s no excuse for drivers not to stick to the limits of the track, especially in the supposed pinnacle of motorsport.

But if Formula 1 and the FIA are to insist on this strict approach to track limits, the very least that drivers should be able to expect is that the rules will be applied at every track, at every corner. However, for some drivers, that clearly has not been the case.

The closing laps of the British Grand Prix at Silverstone reignited debates about how track limits rules are applied for wheel-to-wheel racing, with various incidents involving Charles Leclerc, Sergio Perez, Max Verstappen and Mick Schumacher all not considered worthy of investigation by the stewards. Drivers were again confused about what would be considered acceptable when using the perimeter of the circuit to both attack and defend. Ahead of the Red Bull Ring weekend, Alonso was the most vocal critic among the field.

“We have been told that it was very clear to police the white lines,” Alonso explained. “Other things – the stewards’ decisions – can be changeable between race tracks, opponents or whatever. But the white lines will be this year very clear – and it was not in Silverstone.”

Alonso’s concerns over the way the rules were being haphazardly applied would not have been helped during the Austrian Grand Prix itself, when he spent the opening 12 laps of the race stuck behind the Williams of Nicholas Latifi, which he claimed left the circuit six times before Latifi eventually pitted in front of him. Latifi was deemed to have breached track limits three times in the race, but did not receive a black-and-white flag from race control.

But if Formula 1 was hoping for a race weekend without track limits being a major talking point, then Paul Ricard may possibly be the worst circuit that could have followed next on the schedule.

With the Le Castellet track little more than painted lines within a side sea of asphalt, there is little in the way of natural deterrent to discourage drivers from taking liberties with track limits of the exit of corners. With more asphalt run-off around the circuit than at any other venue on the calendar, drivers are encouraged to keep their foot hard on the throttle if they run out wide, rather than pre-emptively lift off to avoid running onto grass or into gravel and lose more time in the process.

In last year’s French Grand Prix, only one driver, Antonio Giovinazzi, had a single lap time deleted for exceeding track limits in the race on the exit of turn six – the only corner where drivers were warned race control would be actively monitored during the race. This weekend, it seems a safe bet that the tally will be a lot higher.

Whether Formula 1 and the FIA agree to continue with this new ‘one size fits all’ approach to enforcing the confines of the track, the drivers themselves seem to have the greatest influence over whether they draw the eye of the stewards or enjoy a race free from the threat of time penalties hanging over them. But while the drivers themselves may no longer have any excuses for staying on track, finding a way of ensuring the current system is applied consistently is now a matter of necessity.

38 comments on “Why F1’s new, no-nonsense approach to track limits is only a partial success”