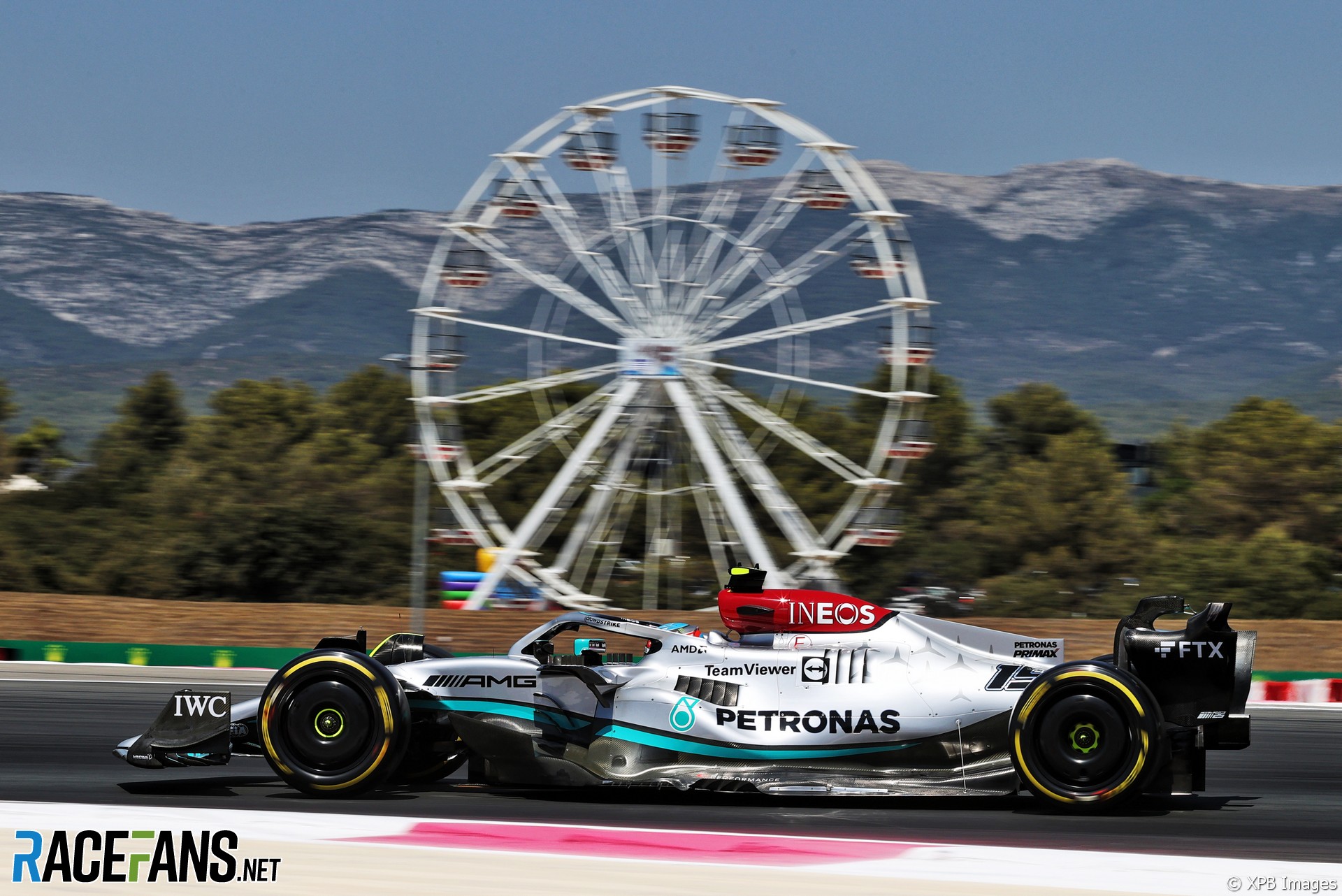 Mercedes team principal Toto Wolff praised the job Nyck de Vries did for the team in practice today, but said they’re unlikely to be able to help him find a full-time race seat in Formula 1.

De Vries stood in for Lewis Hamilton in today’s first practice session. He set a best time of 1’35.426 which put him ninth-fastest, 0.545 seconds off team mate George Russell.

“Today was very, very good,” Wolff told Sky after practice. Hamilton looked on in the team’s garage throughout the session. “It was interesting because he was coaching Nick, he was helping him with the overlays and it was quite interesting to see,” Wolff added.

De Vries drove for the team to fulfil part of a new FIA requirement this year for teams to run drivers with minimal prior F1 experience during practice sessions. He previously drove for Williams in first practice for the Spanish Grand Prix and narrowly out-paced the team’s regular driver, Nicholas Latifi.

As well as racing for Mercedes in Formula E, where he is the reigning world champion, De Vries won the Formula 2 championship in 2019. But following Russell’s arrival at Mercedes this year, Wolff says there is no opportunity for the team to help him find a seat in F1.

“I think if we’re not able to provide him with an interesting Formula 1 project, we need to let him go,” said Wolff. “He’s looking at the various options, sports cars and then maybe Formula E. But you must never give up on the opportunity that one day a Formula 1 door can open.”

Mercedes “can’t really help him,” Wolff added. “We can’t really tell any team to look at him and consider him, because that would be felt like an interference, and that goes the contrary way.”