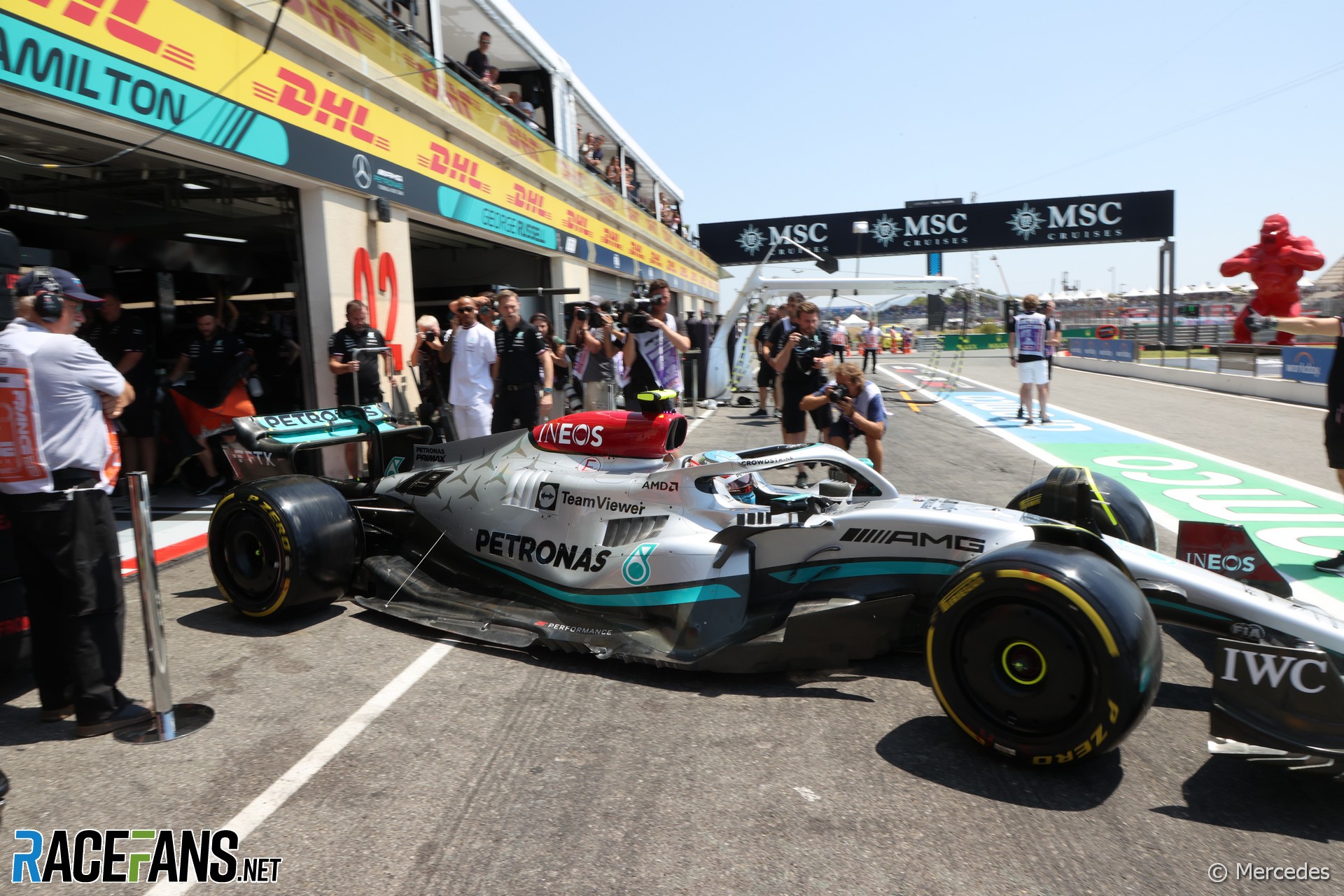 Mercedes aren’t committed to keeping their radical sidepod design but are unlikely to make major changes to their W13 over the second half of the season.

The reigning constructors champions have pursued a unique solution to the 2022 technical regulations involving aggressively slim sidepods. However they have lacked performance compared to Ferrari and Red Bull.

Other teams have increasingly converged on similar sidepod designs. Red Bull’s have been mimicked by Aston Martin and Williams.

However Mercedes’ head of trackside operations Andrew Shovlin said dropping their novel design would not necessarily be the key to improving their performance.

“We don’t think that just changing our sidepod will change our competitiveness,” he said in today’s FIA press conference. “We’re certainly not of that mind. Nor are we wedded to saying this is how the Mercedes car must look.

“From the very early part of the year we’re looking at other teams’ bodywork and certainly with a view to next year, looking up and down the grid to see ideas. And it may be that we don’t just take another team’s idea, we’re looking at combinations of different concepts.

“But it’s a gradual process. I think fundamentally our car isn’t going to change appearance massively this season but I’d be surprised if next year’s car looks the same.”

Mercedes has consistently brought changes to its car over recent races which have helped it to close on its rivals. However Shovlin said the latest updates will not be enough for either of its drivers to challenge Max Verstappen or Charles Leclerc for pole position.

“In terms of performance, we brought a small update, but not what that’s going to see us leapfrog any teams,” he said. “The big question for us was, does the circuit suit is more than Austria or less than Silverstone?

“I think if you look at yesterday the positives were that the car wasn’t bouncing, I think we’re now at the better end of that. There was effectively none and we’re able to run the car where we want to.

“On single-lap pace we’d certainly say Max is out of reach, it looks like Charles is well out of reach. But we could be able to fight for a second row today if we do a good job.”

The team’s start to the weekend was complicated by Lewis Hamilton missing the first practice session while Nyck de Vries drove. As a result, George Russell has begun the weekend in better shape, said Shovlin.

“I think George had a better session than Lewis. Lewis missing FP1 is one thing but then the balance wasn’t where he wanted it in FP2. In that situation it’s quite difficult to recover. And then we didn’t do a great job of getting a good length of long run in.

“But we’re still looking to be, I think, podium contender rather than win contender. But every weekend we’re learning and that’s the exciting thing at the moment for us is just understanding the rules better and better.”