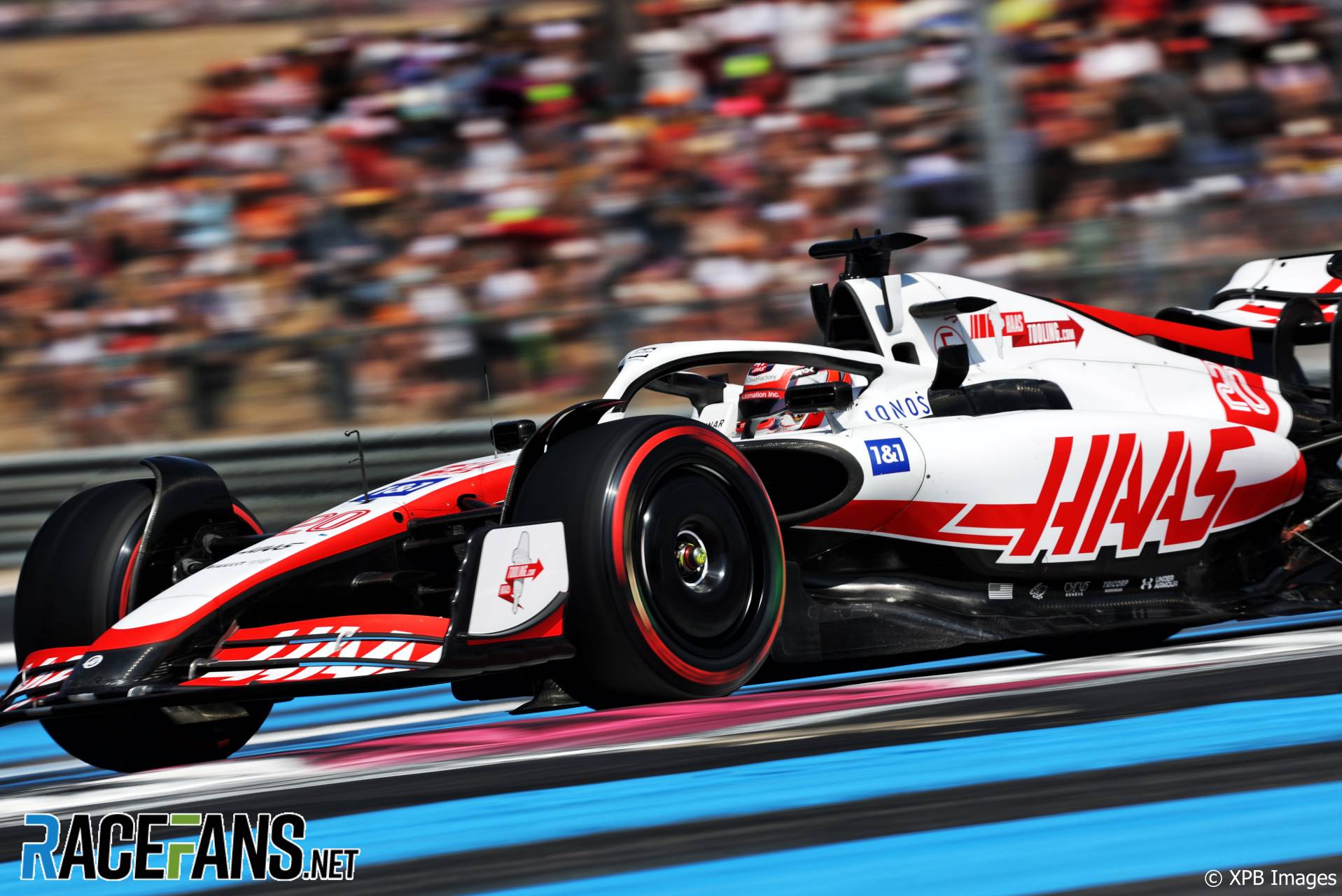 Haas will only have one example of the major new upgrade for its VF-22 available for use at this weekend’s Hungarian Grand Prix.

The team has chosen to give the single upgrade kit to Kevin Magnussen, who is their leading points scorer over the season so far.

“In the end, we couldn’t get two car kits to the race track, so with Kevin being in front in the championship we gave him the package to try,” team principal Guenther Steiner explained.

The upgrade was originally scheduled to arrive at the previous race. However Haas’s development programme was held up as it had to produce extra replacement parts following the two major crashes suffered by Mick Schumacher in Jeddah and Monaco.

“Unfortunately we had a few delays in the development stage, so we postponed it from the French Grand Prix to Hungary,” said Steiner. “Also, with the spares situation we had at the beginning of the season, up to race seven or eight, we fell a bit behind in production and therefore we don’t have enough parts for two cars. We struggle with spare parts for one car so hopefully we can get it done and bring it to Hungary.”

“Everybody has worked really hard – the team and our suppliers – to make this happen so I’m still very happy that we bring it on one car to Hungary,” he added. “We want to get some data before the summer break so we have something to work from when we get back, and if all goes well we’ll have it on both cars.”

The team has only made minor changes to its car since the start of the season. Despite that it has continued to race competitively, scoring back-to-back double points finished in Britain and Austria.

“As many people know, we waited a bit longer to bring our upgrade to track because I think we still have good pace,” said Steiner. “Now what we want to do is put performance on.

“What exactly it will do, I don’t want to say because I don’t want to jinx it, but we know what it should be doing from our development. We’ll just have to wait and see what we can get out of the package.”

Their performance last weekend was compromised as Magnussen had to start at the back of the grid after changing his engine, and Schumacher was eliminated in Q1 after having his best lap time deleted for a track limits infringement. Both drivers were then involved in collisions with rivals during the race.

“We know now where the car can be if we do a good job and I think in France we did a good job,” said Steiner. “Kevin had a penalty with the engine so he started from the back but he showed in qualifying what he could do and Mick did the same, but unfortunately he was a little bit too far out from where you need to be, so we started at the back end but in the first laps we made up a lot of positions.

“I think we had a very good strategy, also looking back at it now, and we knew that would give us our best chance at getting into the points but unfortunately the Safety Car came out at the most inconvenient time for both cars so from then on it was downhill. What we can take away is that if we can get the car in the right spot set-up wise, we can compete at the top of the midfield.”