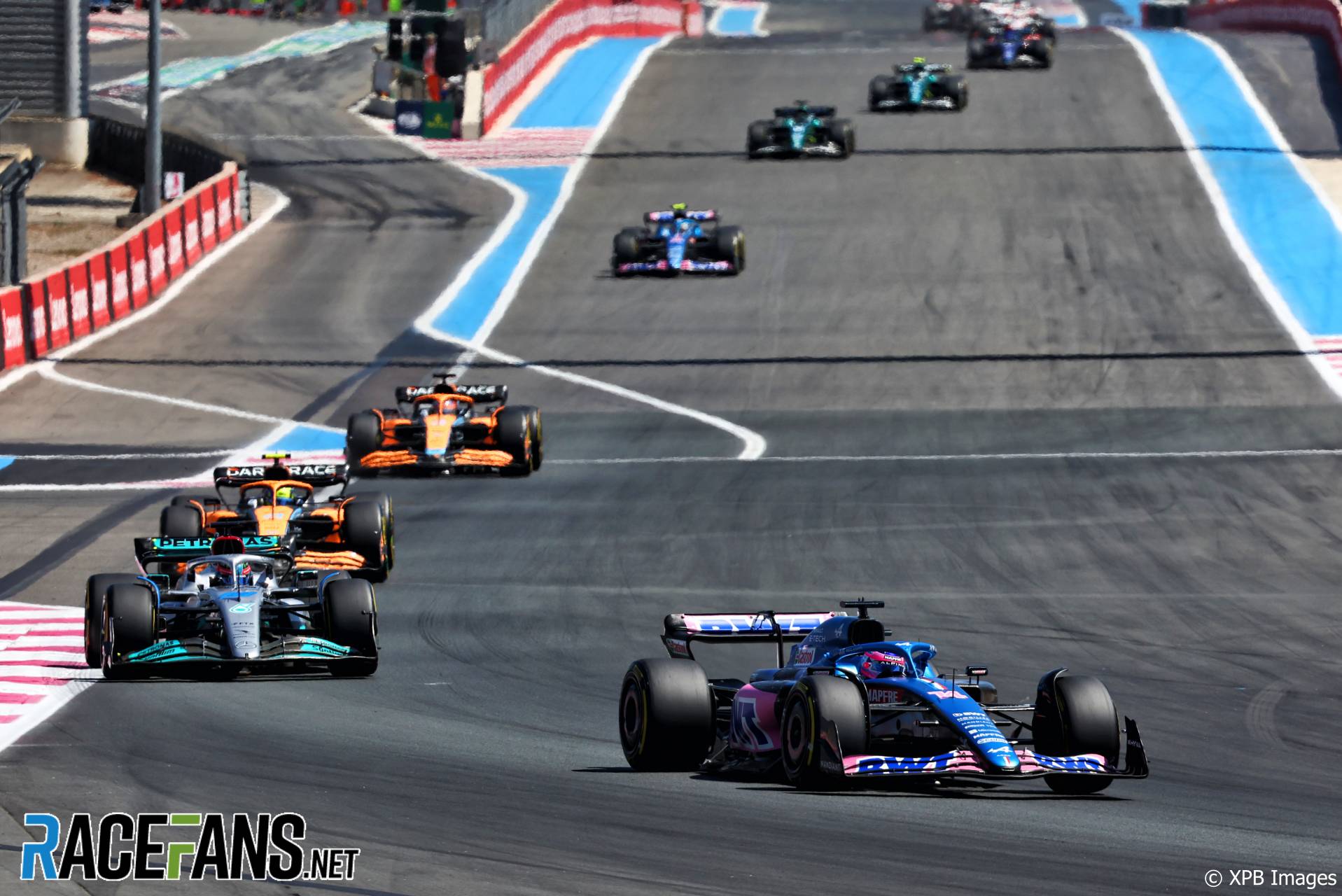 In the round-up: Fernando Alonso was pleasantly surprised by his car’s pace in the French Grand Prix after qualifying half a second off Lando Norris’s McLaren.

Alonso admitted he was “a little bit surprised” to lead the midfield home at Paul Ricard after Norris’s strong showing in the upgraded McLaren.

“We saw on Friday in the long runs as well we were quite okay on the sustainable lap,” he told RaceFand and other media in France on Sunday. “So we seemed that we missed a little bit of the one-lap performance here this weekend. So we need to fix that.

“Obviously, Budapest is going to be crucial to have a good Saturday. It was a good surprise today, the car.”

“It was a well-executed race from our side,” he added. “We were a little bit concerned at the beginning of the weekend that our pace was not great, but we ended up just behind the top three teams like in our normal position so far this year: top seven, top six, when there are retirements in front of us. Today it was Leclerc. So we benefit from that, top six, and I think a very solid race.”

Ferrucci on standby to replace Newgarden

Penske has confirmed that if Newgarden does not pass a medical evaluation by IndyCar on Thursday his place at this weekend’s race at Indianapolis Motor Speedway will be taken by Santino Ferrucci. If that happens, it will be the fourth team Ferrucci has driven for this year, joining RLL, Dreyer & Reinbold and Juncos Hollinger.

Ferrucci has made 43 IndyCar starts, the first of which came at Detroit in 2018, shortly after his controversial departure from Formula 2 in which he was banned by the series and fired by his team.

Ran into Bobby Rahal this morning and he told me at his routine physical on May 5 the doctors said he’d suffered a heart attack and had some complete blockage. He had a triple bypass on June 6. This is his second race since the diagnosis.

The @IMS Road Course has been rebuilt using current scan data, and it's available now! Get on the virtual track before the @NASCAR @IndyCar double header this weekend. pic.twitter.com/bfRtUUJwoF

I’m gonna give MY PERSONAL opinion. STR takes the slow line on the corner for the defence. He doesn’t brake test VET. VET takes the good line to overtake. The problem is the battle itself without giving each other space putting in risk the point of the team. Not the moves.

'Alfa Romeo is developing a new supercar as a likely swansong for its brilliant twin-turbo V6 engine and to take a flavour of its Formula 1 team onto the road.'

'Emboldened by their deep pockets and eager to boost viewership of their streaming-subscription services, Apple and Amazon have thrust themselves into negotiations for media rights held by the National Football League, Major League Baseball, Formula 1 racing and college conferences.'

'It feels great to do this step after a bad quali and to get such a recovery. We got a small penalty that hurt us for one place, we'll analyse it for ourselves later and see.'

There was little sympathy in the comments for George Russell’s insistence Sergio Perez should have made way for him when they tangled at the chicane during the French Grand Prix.

I could maybe agree with Russell’s POV, except that he ran right to the outside white line, leaving no room on track for Perez. If his argument is that Perez owes him room on the inside, then the next step is that George owes Perez room on the outside too.

Sorry George, I think you are wrong here and Perez deserved to keep the position.
@Gsimmonsonca