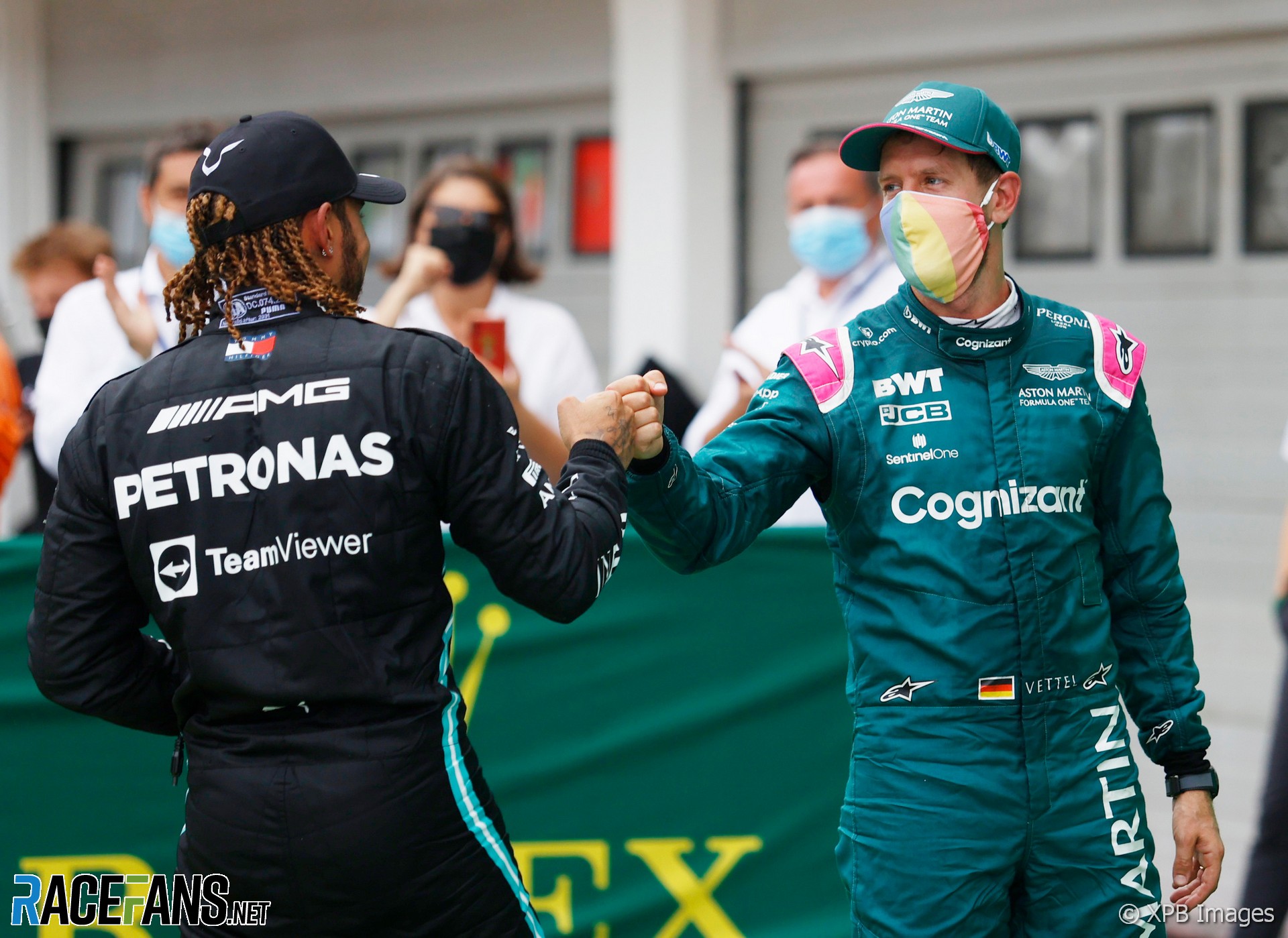 Lewis Hamilton says he will regret “losing an ally” on the grid when Sebastian Vettel retires at the end of this season.

The four-times world champion announced today he will retire from Formula 1 at the end of the 2022 season. Vettel made his grand prix race debut at the 2007 United States Grand Prix, midway through Hamilton’s rookie season with McLaren.

After competing against each other as rivals for the world championship in several seasons, the two champions retained a strong mutual respect that grew as the pair increasingly spoke out as advocates for equality and diversity within Formula 1 and wider society. Hamilton said Vettel is one of the few people in the paddock who he had formed a relationship with.

“I would just say naturally my first feeling is it’s sad to see that he’s stopping,” said Hamilton. “I’ve not had a lot of time to think about all the journey that we’ve gone through together.

“When I talk about the journey that I’ve felt I’ve experienced in this sport – often feeling that it’s been relatively lonely – I would say he’s one of the few people that’s made it not feel lonely.”

Vettel has been clear that one of the motivations for retiring from Formula 1 is his desire to advocate for the social and environmental causes he believes in. Hamilton says Vettel was always strong- minded from their first season together in the sport.

“He’s stood by me through a lot of things,” he said. “I always remember 2007 in the press conference in Magny Cours and him being very, very outspoken in the drivers briefing. I knew then that he was always going to be a powerful figure in the sport.

“But then seeing his success and then seeing that he puts others before himself and he’s been so brave and speaking out and standing up for what he believes in.

“We talk about ‘legends’ in our sport – I don’t really love that name or that title, to be honest. I think he’s one of the greatest people that we’ve seen in this sport and we need more like him. I’m sad because I would have lost an ally inside the actual sport on the grid, but knowing that outside he’ll be doing great things and I hope that we will always remain friends and I hope that there’ll be other things that we get to do together outside.”

With both champions the two most politically active and outspoken drivers on the grid, Hamilton is hopeful that other drivers will continue to follow Vettel’s example in using their status as F1 drivers to speak out in support of progressive values.

“Ultimately I think that, in general, we often stand on the shoulders of greats from the past – whether it’s in this sport or other sports,” Hamilton explained.

“I really hope that he inspires the next generation – whether it’s this one or the younger generation that will be coming through – to be more confident and utilising their platform and realising it’s not just about them and their car, it’s about something far, far bigger than being here. I really hope we see more people like him.”