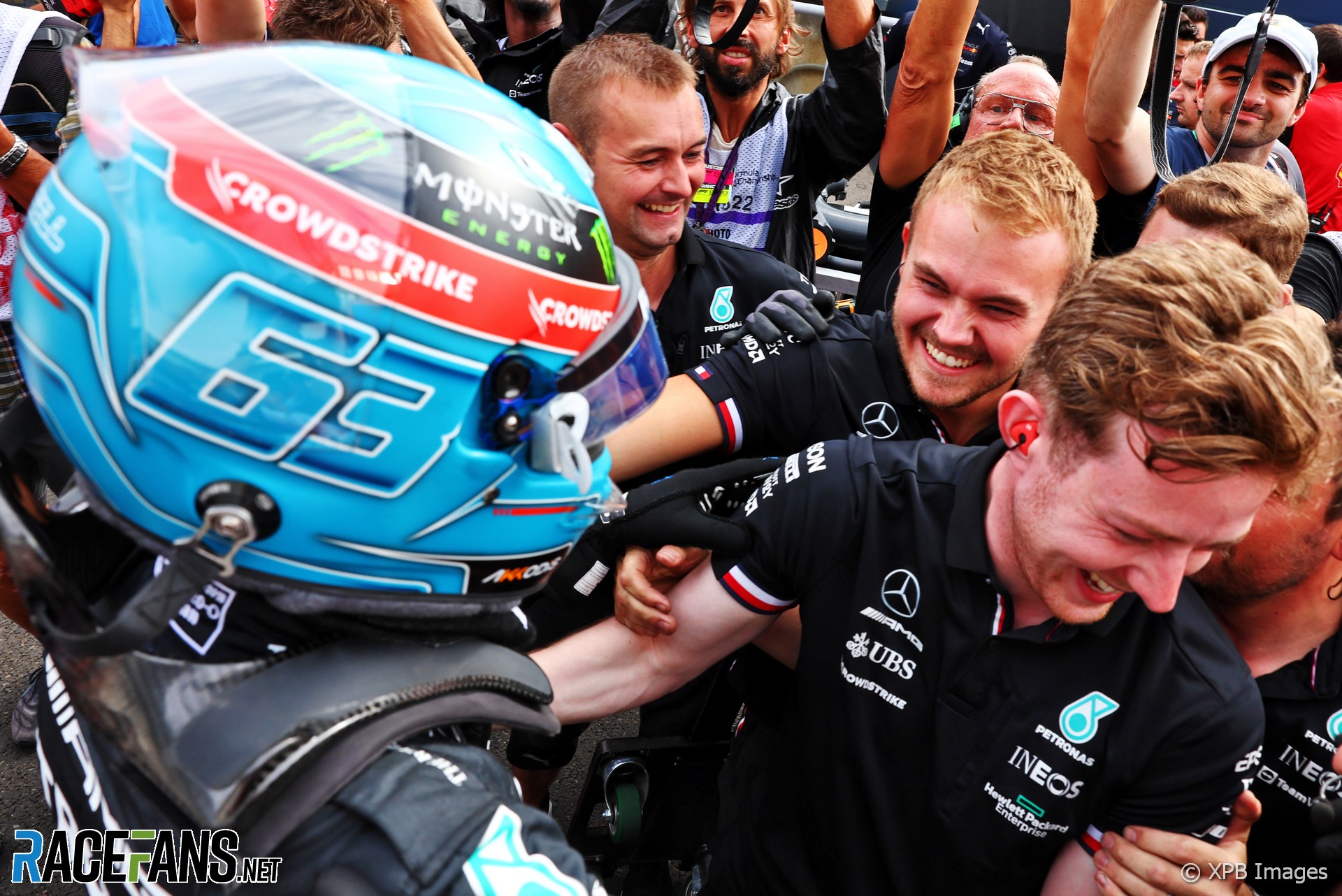 Russell pipped the Ferrari drivers by just 44 thousandths of a second to take the first pole of his Formula 1 career.

Hamilton offered his “huge congratulations to George” after the session. “It’s an amazing feeling to get your first pole position,” he said in response to a question from RaceFans.

“It’s huge for us also as a team, we don’t know where our pace all of a sudden just came from,” he said. “It came from nowhere. That’s a huge positive.”

Hamilton will line up seventh on the grid after his final run was spoiled by a DRS glitch. He expects his team mate will be able to deliver Mercedes’ first win of the season.

“I’ll do what I can tomorrow to support him, he should be able to win from that position at this track and I’ll try and work my way up.”

Without his DRS failure, Hamilton believes Mercedes could have taken a one-two finish “for sure.”

“So it’s definitely frustrating to finally, after all the struggle that we’ve had, be able to fight for the front row and not actually be able to do it,” he added. “But there’ll be other times.”

Mercedes did not look like contenders for pole position yesterday when Russell and Hamilton ended practice eighth and eleventh. However Hamilton said their car “was night and day different today” following changes to the W13’s set-up.

The effect of the changes wasn’t immediately obvious in final practice due to rain. “We did a lot work overnight, the guys back in the factory did a lot of work on the sim and we didn’t obviously get to feel it in FP3, but in quali it was feeling racy,” said Hamilton.