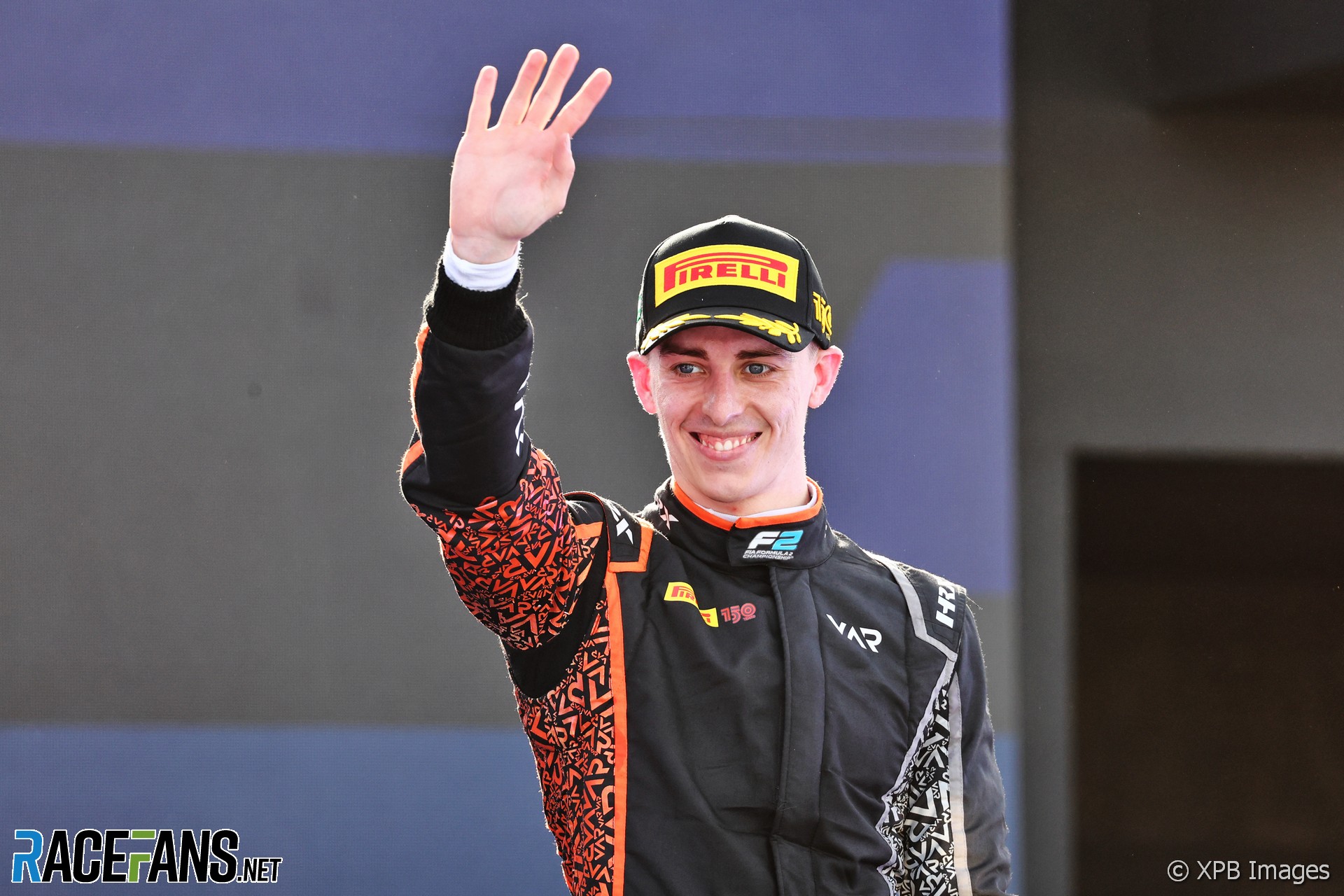 Jake Hughes will not return to his Van Amersfoort Formula 2 team following his absence from the last two rounds after he caught Covid-19.

The 28-year-old has decided not to complete the season. David Beckmann, who stood in for him at the last two double-header events, has been chosen to continue in his place.

Hughes is understood to be pursuing options in Formula E. He has been a simulator and test driver for Mercedes in the series. During the recently completed 2021-22 season he also doubled up his duties with a reserve driver role at Mercedes customer Venturi.

Both brands have now left FE, although the teams remain in the series under new names. Hughes has been seeking a race seat for the 2022-23 season which begins next January.

He is currently 16th in the F2 standings, with a best finish of fourth and a highest qualifying position of sixth. Beckmann is 22nd in the points table having contested four rounds this year – one as a stand-in at Charouz Racing System and three in the same capacity with VAR.

“Following evaluations made during the summer break, the decision was made to have David Beckmann take the wheel of our number 24 FIA F2 car, starting at the upcoming race weekend at Spa-Francorchamps,” VAR announced. Hughes intends “to increase his already strong involvement in FIA Formula E,” the statement added.

“Up to this point, Jake has played an essential role in our maiden FIA F2 season, for which we are grateful. He will always be considered family of our racing team and we wish him all the best on both a personal and professional level.

“German David Beckmann, who acted as Jake’s replacement during a Corona[virus]-related absence, already proved to be a valuable addition to the team and we look forward to continuing the season with him.”