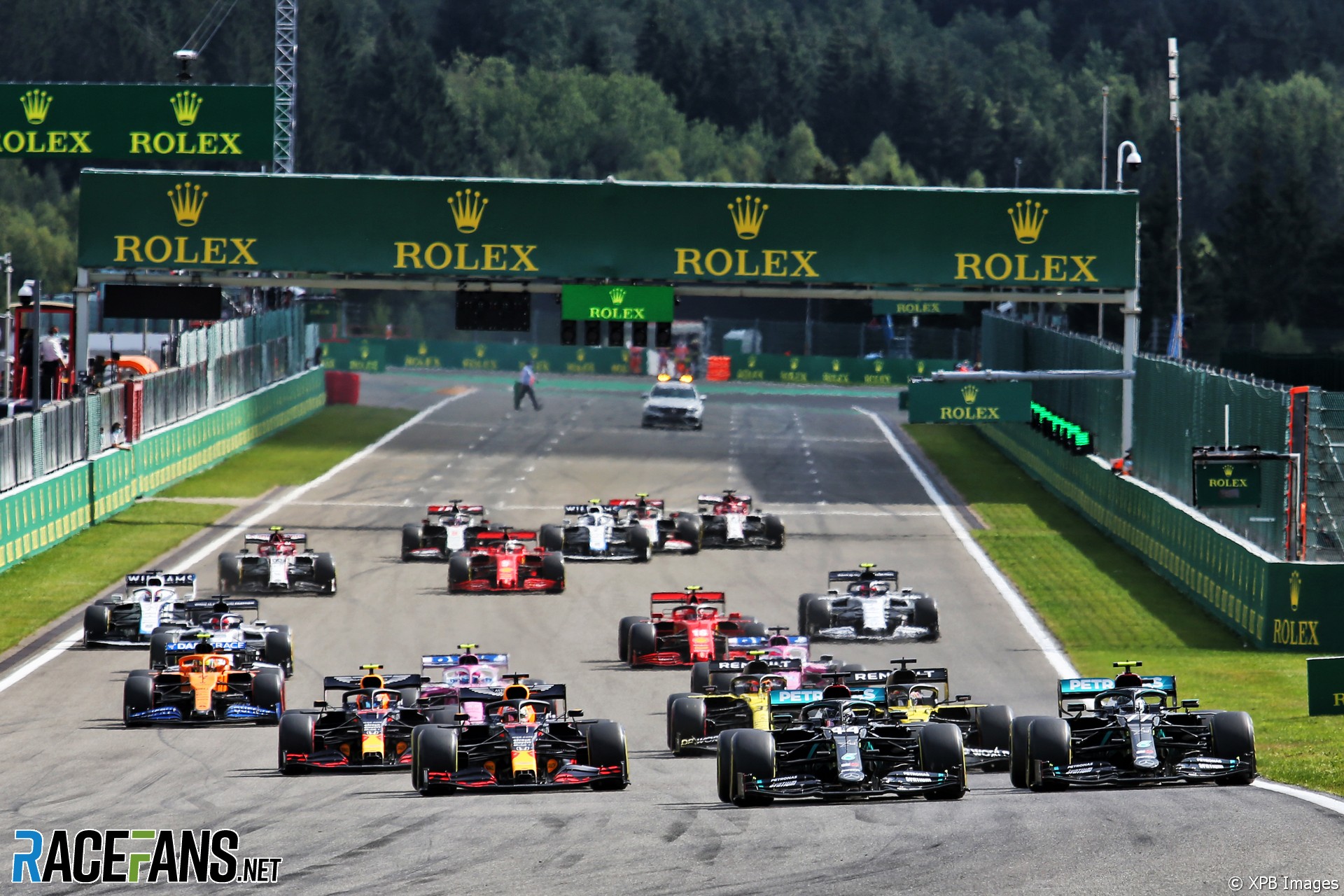 The fate of the Belgian Grand Prix is not yet sealed, despite speculation the race will not appear on the 2023 Formula 1 calendar.

F1 CEO Stefano Domenicali said yesterday “discussions are still on” concerning the future of the race. “We are in Spa this weekend so you will see them a lot of time in my office,” he added.

The event is one of several facing pressure from additions to the calendar in Las Vegas, Qatar and potentially South Africa next year. However Domenicali said the sport will make concessions towards heritage tracks such as Spa-Francorchamps which cannot afford the high hosting fees commanded by other venues.

“It’s true that we are working and discussing with other promoters to see if they’re ready for a full commitment already this year or next year,” he said. “But I would say the balance, that has been always a point that we have discussed, is to find the mix of the races where we’re going to have at least one-third in Europe, one-third in the Far East area, and the other one in America and the Middle East. So we want to be balanced.

“Of course, we are talking about a business where investments, financial contributions, are very important. But we have always said that the traditional races, the races that we know cannot bring the money that the others are bringing, have full respect from us. So you will see that this will be respected also not only this year, but also in the future.”

However classic venues such as Spa or Monza are not entitled to places on the schedule solely due to their heritage, said Domenicali.

“There is a lot of respect for these places. But if you recall Belgium, there were some periods where it was not in the calendar and they came back again. So the memory sometimes is short. It’s a great place, no doubt about it, and that’s why we are discussing.

“At Monza there will be the celebration this year of the 100th year of the Italian Grand Prix. That will be a terrific event. But as an Italian I always said to them you need to make sure that the history is not enough. We need to invest for a great future. So Monza needs to do its job because they need to update the structure, they need to update the a place that is iconic. There’s the need to look ahead.

“So you can be assured that these places will be always part of the discussion of the future because it’s the right thing to do. But this is something that also on their side can be given for granted, that if you don’t do anything, you will be always there. Because that’s not right, not correct in this moment.”

A survey of Formula 1 viewers in the United Kingdom highlighted strong public desire for the Belgian Grand Prix to remain on the calendar. Opinium polled over 1,300 people about F1 tracks and the calendar. It found 80% of the participants said they think the Belgian race should continue to feature in 2023, while 3% said it should not remain.

“A third (35%) of F1 fans who believe the Belgian GP deserves a place say so because it’s exciting to watch, while 32% think that as it is a historic track it should be included, and 28% say it’s part of F1’s DNA,” Opinium said in a press statement.

“Opinium’s research also reveals that the sport risks losing millions of viewers if Belgium is removed from the calendar, with 20% saying they would be less likely to watch the rest of the 2023 season, or that they would stop watching altogether if this happens.”