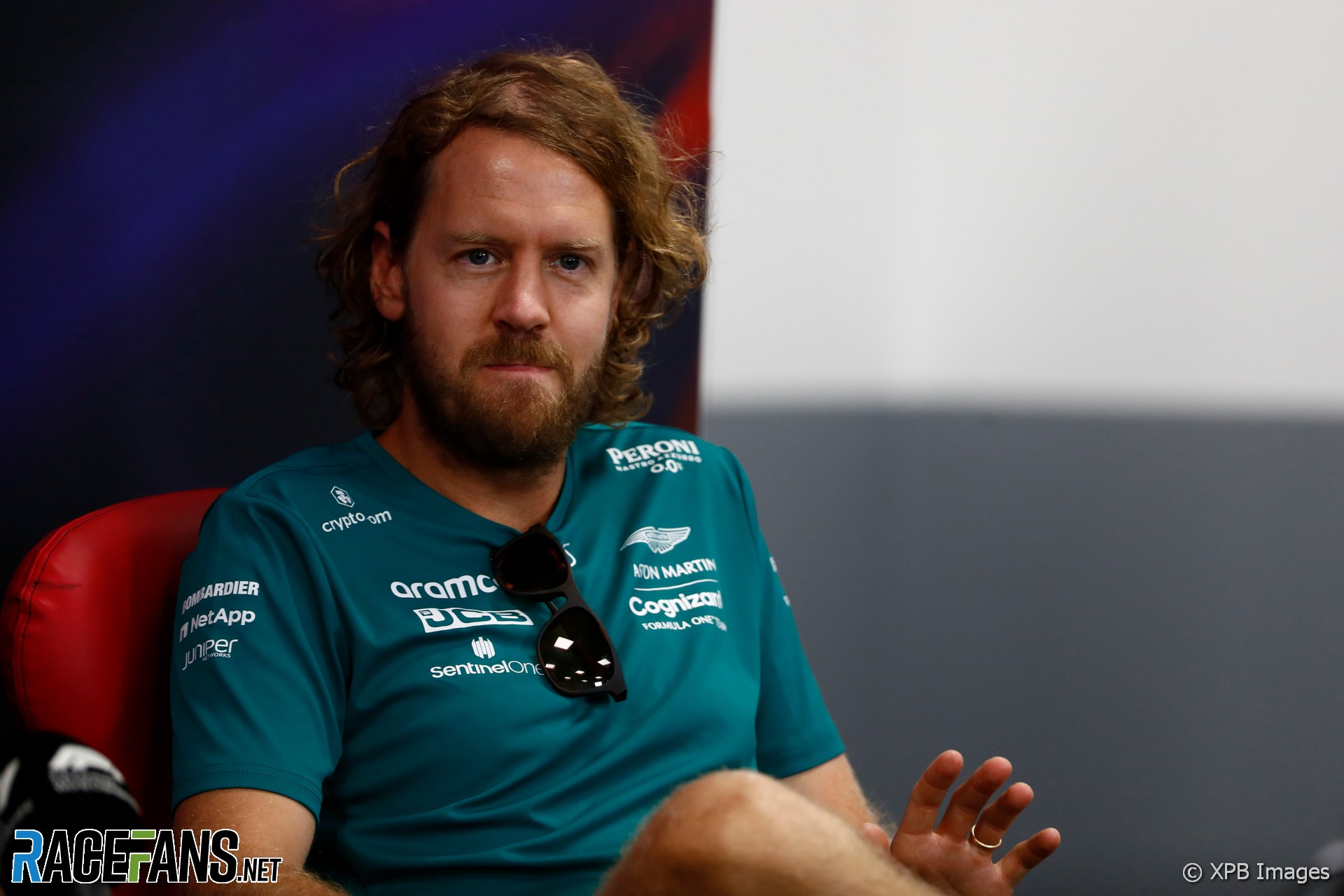 Sebastian Vettel warned against discouraging women from entering motorsport after Formula 1 CEO Stefano Domenicali said he doesn’t expect a female driver to join the series within the next five years.

Domenicali said F1 is trying to “see what we can do in order to improve the system” to encourage more women to enter motor sport and “you will see soon some action.”

However he added that “realistically speaking” the F1 grid is likely to remain all-male for the time being. “I don’t see, unless something that will be like a sort of meteor coming into the earth, a girl in F1 in the next five years. That is very unlikely.”

Vettel, who held a go-kart race for female competitors ahead of last year’s Saudi Arabian Grand Prix, said Domenicali’s statement was unfortunate because it could serve to discourage women from attempting to enter motor racing.

“I know Stefano and I think it is – I haven’t read, exactly – a very unlucky choice of words,” said the Aston Martin driver.

“Because it’s statements like that I guess women or girls are probably confronted with when they grow up and sharing their dreams, sitting at breakfast saying ‘I want to become a racing driver’. And then the father might have just read exactly that statement and making it clear to her that ‘but you do like other things, why not focus on other things?’ And then maybe they do focus on other things and drop racing or the idea.

“So it’s important that we don’t say these things because there’s [bright] sparks everywhere.”

No woman has attempted to qualify for an F1 race since Giovanna Amati 30 years ago. Vettel is confident women can compete on an equal footing with men in F1 and hopes to encourage more to pursue motor racing careers.

“I don’t see a reason why we can’t have a woman on the grid,” he said. “I think the challenges we are facing, they can be faced by women.

“So I do the opposite, I encourage every girl at the breakfast, lunch or dinner table to speak up. And we can prove Stefano in this regard wrong and all these people wrong that say that certain things can’t be done by you because you are a girl or a woman. I think this sort of stereotype thinking is slowly disappearing, but has to disappear completely.”