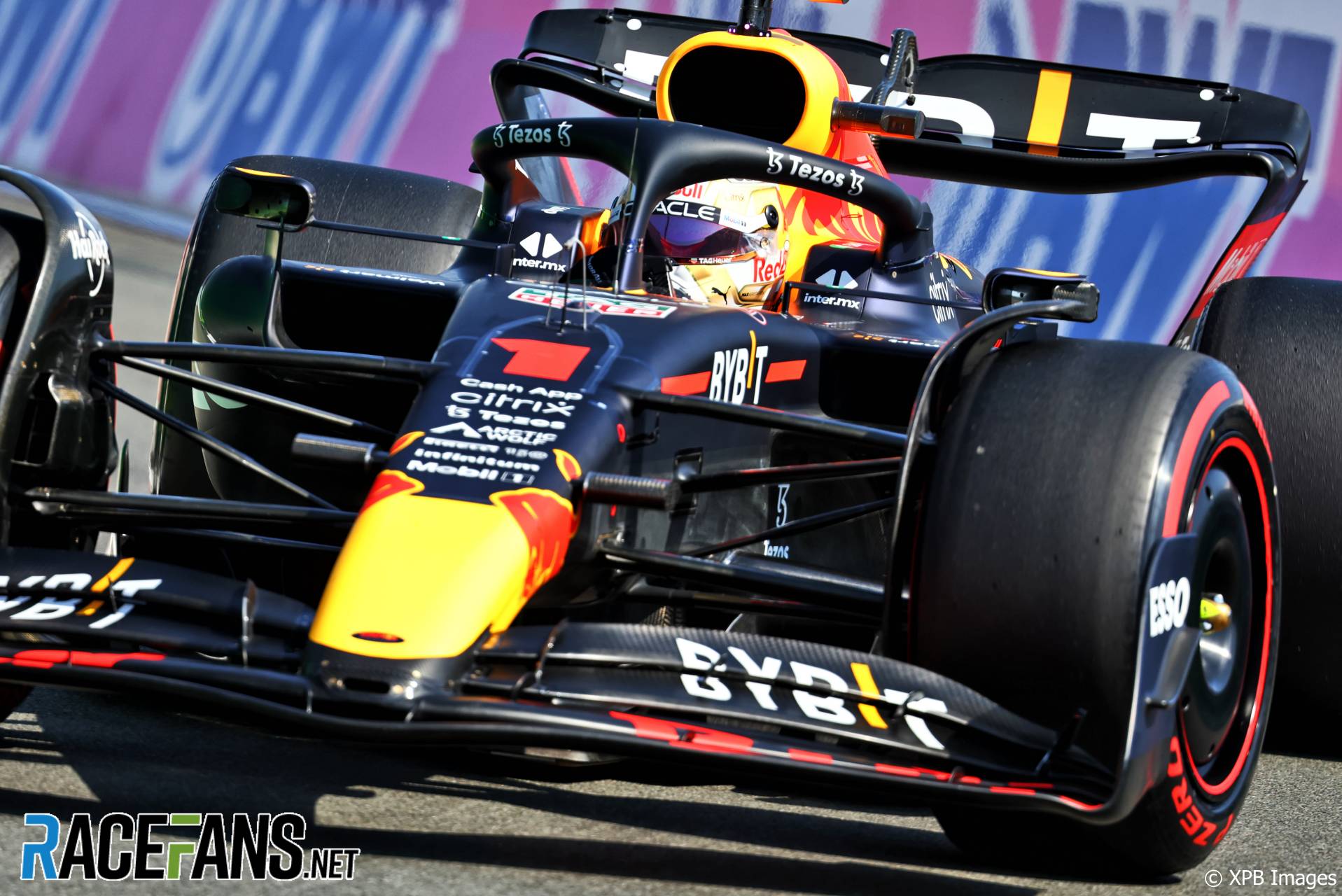 In the round-up: Max Verstappen believes new regulations being brought into Formula 1 in 2023 to reduce porpoising and bouncing are not fully necessary.

Verstappen has questioned the need for the FIA to impose restrictions on porpoising and bouncing. A new technical directive issued by the sport’s governing body comes into effect this weekend. Further technical regulation changes for 2023 to combat the problem further have also been announced.

“At the moment I don’t think it’s very clear how much it’s going to hurt different kind of teams,” said Verstappen when asked about the impact of the changes on car performance.

“But I think it’s gone a bit over the top with rule changes because I think already the last races you could see that most of the teams had it more or less under control. And also the teams who actually asked for it had it much more under control.”

Ricciardo would consider year out of F1 “if it made sense”

Daniel Ricciardo says he would consider missing the 2023 F1 season if it “made sense” as an option to him.

The 33-year-old will lose his McLaren drive at the end of this season after the team opted to terminate his contract due to his disappointing performance. Asked if he would consider a sabbatical from F1, Ricciardo said “if it made sense, yes.”

“It’s the only racing I’m interested in at this stage of my career,” he said. “F1, it’s what I love and it’s where I see myself if I’m doing any racing. But as I said, if, let’s say, the stars don’t align, and it doesn’t make perfect sense next year, and if it means taking that time off to kind of reset or re-evaluate, then if that’s the right thing to do, then I’m willing to.”

Yuki Tsunoda admitted that he was reluctant to give up his car to Formula 2 driver Liam Lawson for this afternoon’s first practice at the Belgian Grand Prix at Spa-Francorchamps.

Lawson will make his first appearance in a grand prix session today when he steps into the other AlphaTauri belonging to Tsunoda’s team mate Pierre Gasly for the first hour-long practice session.

“Because of this FIA rule that rookies have to drive, it’s a good opportunity for Liam to drive a Formula 1 [car],” said Tsunoda. “I figured for me, because why Spa, why the track? I said to the team that I don’t want to swap in Spa because we’re still learning and me and Pierre both agreed that Liam can drive this track.”

From this weekend the top three players in each round of the Predictions Championship will win a prize:

Find out more and enter or update your predictions for the Belgian Grand Prix here:

Racing for Anthoine. This weekend and always. 💙 pic.twitter.com/YfPN4clHIm

I miss u Tonio. pic.twitter.com/tKT5bwC9dc

Thank you @karolg for making this possible and for believing in me!! Today we send a powerful message because as women we deserve equal opportunities!!🙌🏻 Very proud to drive the BICHOTA MAKINON over 300km/h !! #Girlpower 💪🏻
Thank you @charouzracing for the trust!!🙏🏻🙏🏻#AH19 pic.twitter.com/6wX4NQWviM

While it’s easy to criticize … let’s all take a sec to remember it is @danielricciardo who brought life, humor & personality to the modern era of @F1 . Oh & by the way he gave @McLarenF1 it’s 1st GP victory in a nearly a decade. Hold ur head up high mate & keep punching! 💪🇦🇺

The scenery is coming together nicely on this upcoming track. pic.twitter.com/FojhrRUwnX

McLaren and Ricciardo to split ahead of 2023 after buyout (AP)

"Although initial reports suggested Ricciardo was seeking more than $20 million to exit the team early, it is believed McLaren paid $15 million to end the contract."

My name is Lando, and yes, I’m a golf addict (Telegraph)

"I cannot wait to get back in the car this weekend. Spa is one of my favourite circuits and it’s always a thrill to race there. I’m also feeling particularly refreshed right now – both mentally and physically – after a brilliant holiday out in Spain and Portugal during F1’s summer break. I spent the first week in Ibiza and Formentera with friends and family, travelling between the islands and generally chilling out."

"We’re back from the summer break feeling refreshed and ready to attack the remainder of the Formula One season. So too is The Williams Warm-Up, with Episode 16 looking ahead to this weekend’s Belgian Grand Prix."

"The first of the two world championship events of the 2022 FIA Karting season offers a very attractive programme with five categories and more than 320 drivers taking part in Le Mans (FRA) from 1st to 4th September. Fifty-six nations will be represented in France."

"Last weekend, the Indy Pro 2000 Oval Challenge of St. Louis was dominated by Salvador de Alba. The Mexican 22-year-old claimed pole convincingly, then converted it into victory by almost six seconds. Even more impressive was the fact that the Jay Howard Driver Development man is a single-seater racing rookie."

"The second instalment of The Racing Line is here - your guide to all things F1 and F1 22."

"All the research and development is done. Practice and qualifying is complete. Your strategy is set. The five red lights are about to go out…"

As Andretti’s efforts to join Formula 1 continue, @jeanrien worries about how much of a closed club the sport seems to be in the modern era…

With the way things are going, Formula 1 could turn into the pinnacle of exclusivity. Many of the sport leagues are at the top because everyone wants to join them, be a part of it, and there are possibilities to enter for those that are willing to put the effort and show that they have the performance.

It feels like F1 is drifting apart from the rest and isolating itself to a point where it might become questionable if it is the pinnacle of the sport. Luckily budget and technology is still supporting the narrative, but the lack of testing, new entrants, the weight of experience is preventing to have more teams and ultimately more drivers showing what they are capable of (or not) in a F1 car.

I am getting doubtful that we will have the best drivers on the grid in five years with the current structure where experience is valued so much rather than potential because the learning curve is tough and it takes time to unlock this potential, and there is no more training group. Even more true that the current regulation are unlike anything else and F1 is a very different platform to anything else. Even smaller teams need experienced drivers either for development or to get as much points as they can with little fresh blood coming in.
Jeanrien

Happy birthday to Victor and Apex!