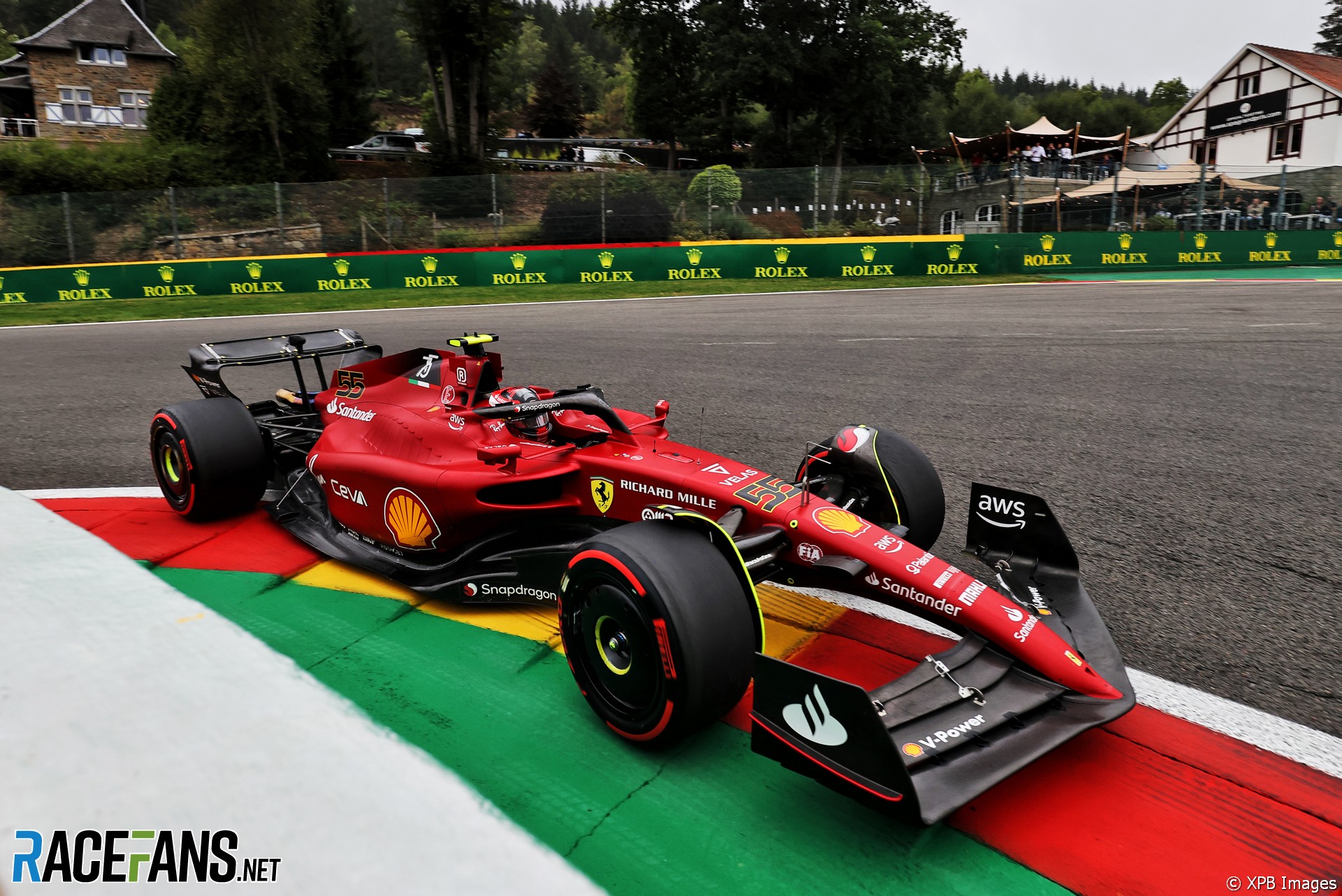 When Max Verstappen crossed the line midway through the second practice session late on Friday afternoon, his lap time made for grim reading for Ferrari

“So at the moment you are P2,” Charles Leclerc’s race engineer Xavier Marcos Padros relayed to his driver. “P1 is Verstappen – ‘45.5.”

Verstappen has built up an 80-point advantage in the drivers’ championship in part through his relentlessly consistent speed, week in, week out. On paper, Verstappen and Red Bull would both be heading into qualifying day perhaps as confident as they may have been all season, given how Ferrari have tended to have the advantage on Saturdays in 2022.

However, this weekend is different. Because no matter how fast Verstappen is on Friday or tomorrow, he will not start from the front of the grid. Instead, he and Leclerc will find themselves staring at a sea of rear wings in front of them when the lights go out on the grid on Sunday due to both being among six drivers set to start from the back of field following a raft of power unit and gearbox penalties.

Starting further down the field didn’t prevent Verstappen from taking victory in Hungary before the summer break, but that was achieved from 10th on the grid. Verstappen will start on the penultimate row at best on Sunday as things stand.

But Spa-Francorchamps could hardly be more different from the Hungaroring. Red Bull team principal Christian Horner says his team took that into account when making the decision to break his power unit limit this weekend.

“You look strategically at the calendar,” Horner explained. “We felt it was particularly tight to get to the end of the year with the engine allocation that we have, so you then look at the circuits coming up: Zandvoort – you don’t want to take it there – Monza’s actually harder to overtake than you think, Singapore – you don’t want to take you there – Japan’s tricky to overtake…

“You start running out of options. This is a good track to overtake at and we feel we should be quick here, hence we’ve decided to take the opportunity.”

But Ferrari are not panicking just yet over their apparent deficit to Red Bull. Especially not Carlos Sainz Jnr who, with no power unit penalties to his name so far this weekend, becomes one of the early weekend favourites for the win.

“It is true that Verstappen looked pretty quick today, especially in FP2 with the new soft,” he admitted. “In the long run we were closer, but he seems to be on it this weekend and we’re going to have to extract the maximum out of it.”

With both practice sessions interrupted in their final thirds – first practice by a red flag and rain, second practice by further showers – it’s unwise to look too much into the times sheets to determine just who holds the advantage heading into Saturday. Especially as, by their own admission, Ferrari were not focused on their single-lap pace on Friday.

“Let’s say we did not put as much as attention as we normally do for qualifying pace because it would be a little bit useless,” Sainz explained. “[We put] more attention to the race pace to try and come back at the front as quickly as possible.

“Low-fuel pace seems to be poor, but the high-fuel seems to be quite okay. So let us wait and see. We will keep working, try to do a step during the night and try to come back stronger tomorrow.”

The good news for Ferrari is that, as things stand, Leclerc will line up ahead of Verstappen irrespective of their performances in qualifying. Per the documents issued by the FIA, Leclerc has a total grid drop of 35 places. However three other drivers, one of which is Verstappen, have been given penalties requiring them to “start the race from the back of the starting grid”. Under F1’s rules, those drivers will take grid places behind the others.

While Ferrari were keeping everything in perspective, Mercedes’ lack of pace relative to Red Bull and Ferrari was more striking. As Lewis Hamilton and George Russell pointed out, though, that is not an unusual occurrence on Fridays for Mercedes in 2022.

But with two of their four adversaries ahead due to start behind them, Mercedes’ trackside engineering director Andrew Shovlin knows they must find more pace overnight if they are to be able to capitalise on their opportunities.

“Our single-lap performance clearly needs a bit of focus,” Shovlin said. “Neither driver had a good feel for the soft tyre and probably we’re not getting it into the right window.

“Clearly there is an opportunity with the number of cars that are taking penalties, but we do need to find a bit of pace overnight if we are to capitalise on that.”

The plethora of penalties also opens the door of opportunities for teams further down the order. Lance Stroll enjoyed his strongest day of practice of the season, taking fifth in first practice and following that up with fourth in the evening session.

“It felt good out there today and the lap times looked good as well,” Stroll said. “We tried all the tyre compounds and the performance felt decent across all three.

“We do not know what the weather will bring tomorrow, so it is really tricky to figure out where we will be when qualifying comes around, but I am hopeful we will be in the mix for some good points this weekend.”

Heading into qualifying on Saturday, those who will be sent to the back no matter what times they produce could still play an important role. Spa, one of the fastest circuits on the calendar, contains an almost two kilometre-long full-throttle stretch from the exit of La Source to Les Combes, those who will be starting from the back could be called in to act as a slipstream aid for their team mates, similar to the job Sainz did for Leclerc back in Paul Ricard.

However Lando Norris – who is one of those doomed to start at the back of the grid – isn’t convinced the slipstream effect will be particularly powerful at Spa in the new ground effect cars.

“One thing here is the slipstream is a lot less than the normal comparing to previous years and the previous car that we had,” he said. “So understanding that and knowing if it’s going to help with the overtaking or make it worse is also something we have to figure out.”

With no rain expected for the final two days of the event, the battle for pole position will come down to who is able to capitalise best on the two championship leaders not being a factor at the front for the first time in 2022. But it’s still too early to count them out of contention for race day.