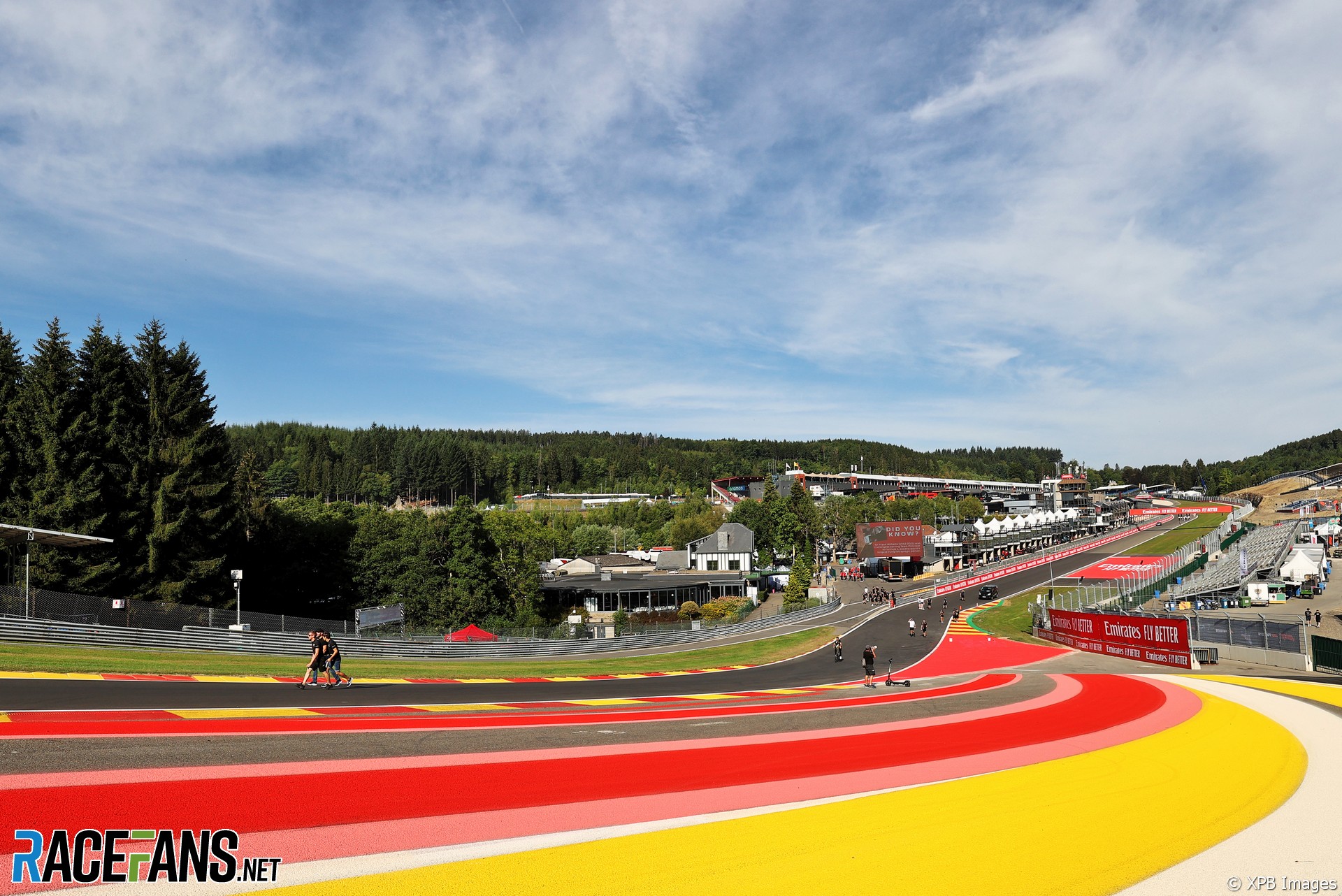 The qualifying session for the Belgian Grand Prix at Spa-Francorchamps has been delayed after a crash in a support race series damaged a barrier.

Porsche Supercup drivers Harry King and Howard Blank made contact approaching Fagnes during the series’ qualifying session, which was due to end one hour before the F1 cars headed out. Blank’s Porsche 992 hit an uncovered Armco barrier nose-first, bending it backwards.

Repair work began on the barriers but were not completed in time for the F1 qualifying session to begin as scheduled at 4pm local time. The FIA subsequently announced the session would begin at 4:25pm.

The run-off areas Spa-Francorchamps circuit have been heavily revised in places since last year’s race. Several corners now have wider run-off areas, barriers have been repositioned and more gravel traps installed. However the Fagnes area where Blank crashed is largely unchanged.

The morning’s Formula 3 race was also disrupted after a heavy crash involved Oliver Goethe and Zane Maloney, who struck a barrier after colliding at Blanchimont.