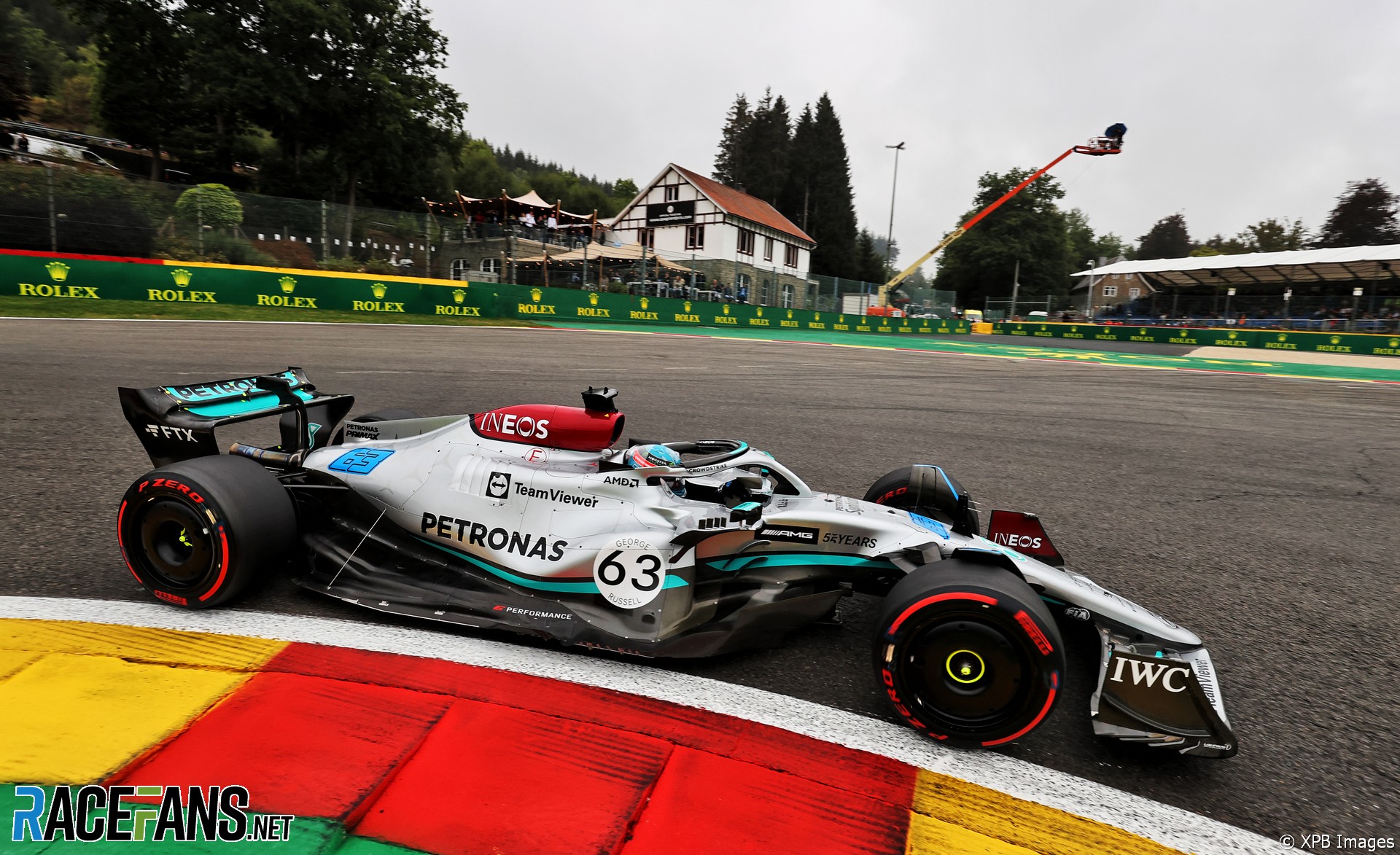 George Russell believes Mercedes can set their sights higher in the championship fights following their improved form in recent races.

Mercedes began the season far off the pace of Ferrari, who won two of the first three grands prix. But they have made strides in recent rounds and out-scored the Scuderia in the last two races.

Russell said he feels confident his team will continue making gains in the second part of the season.

“We’ve been making a huge amount of progress,” he told media including RaceFans at Spa-Francorchamps. “We’re also going to be bringing more performance to the car in the coming races, which is really exciting.

“I think we learnt a lot in the last few races prior to the summer break. It’s been really inspiring to see how this team has pulled together through the tough moments at the start of this year and seeing how we’ve closed that gap. There’s plenty more to come so we’re giving it everything.”

After they began the season on the back foot, Russell admitted there had been times where the team overestimated how quickly they could put the W13 right.

“I think when you look at it objectively, there were reasons for all of these setbacks,” he said. “Circuit characteristics.

“We maybe got slightly carried away with Silverstone and Barcelona being circuits that Mercedes are typically very strong at, historically speaking. But I think every race that goes by, we as a team understand the limitations much better.”

After 13 of 22 races, Mercedes now lie just 30 points behind Ferrari in the fight for second place in the constructors championship.

Russell, the team’s leading scorer, is 20 points behind Charles Leclerc, who is second in the championship. The Ferrari driver will start this weekend’s Belgian Grand Prix at the tail end of the grid due to penalties for component changes, offering Russell a chance to close on him further.

The Mercedes driver believes the team can set its sights on finishing runner-up to Red Bull, while he is hoping to reach second in the drivers’ championship.

“I think we’re in a position now that we can fight for probably second in both championships,” he said. “Obviously we’ve got a fighting spirit and we want to win every single race and we want to win the championship. But being realistic, obviously, Red Bull and Max are doing a exceptional job and are a very long way ahead of everybody else.

“But I guess we want to be the highest points-scoring team in the second half of the season. That’s going to be our target. And as I said, we’ll be giving everything to achieve that.

“The championship’s been very open this season and second in both championships is really not far away. So we’re still giving it everything for the remainder of this season. But I think the learning that we will do throughout this second half of the season will definitely carry through and probably give us confidence into next year too.”