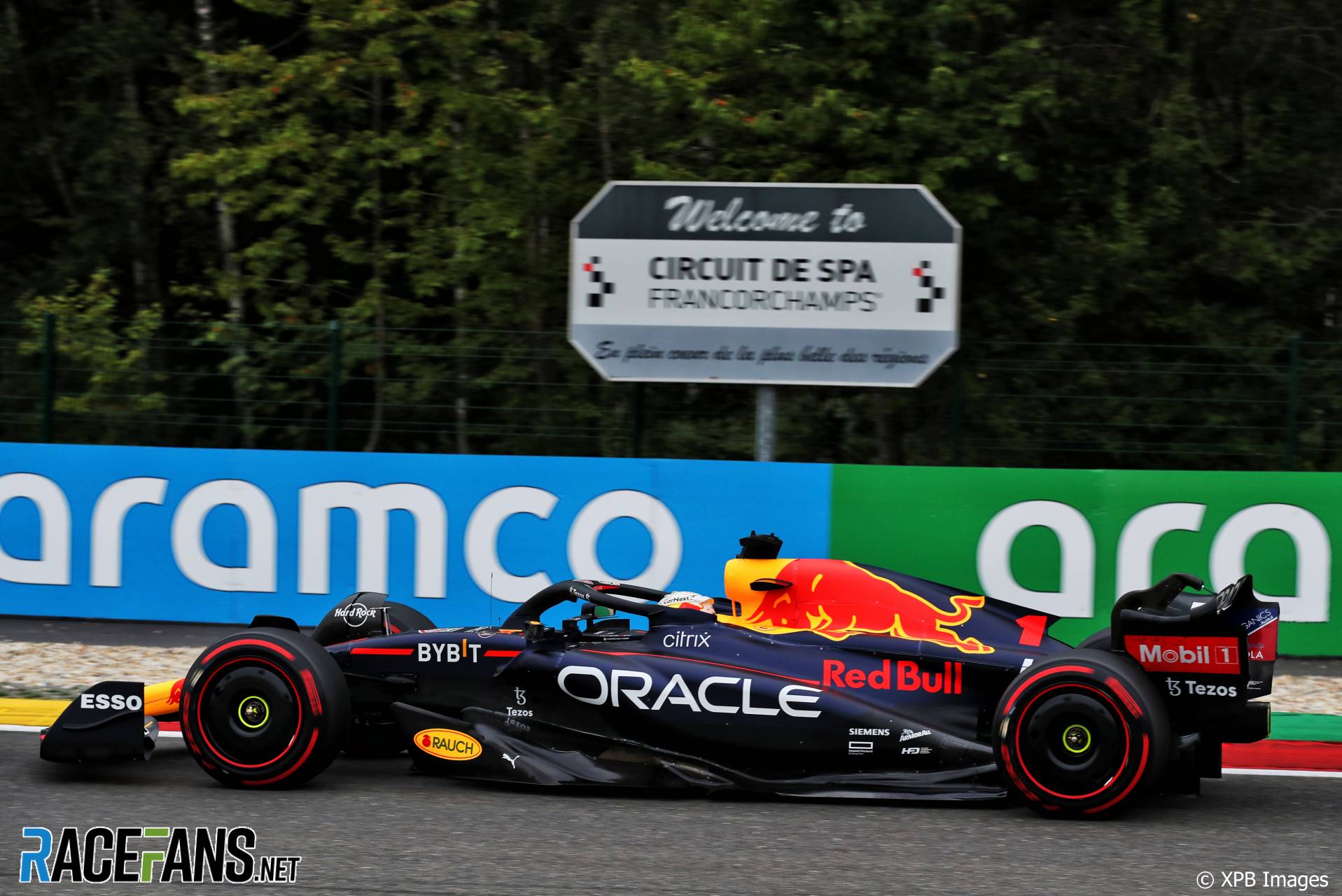 Charles Leclerc is concerned the sudden performance advantage Red Bull demonstrated in qualifying today could be the shape of things to come.

Max Verstappen led Q3 by six-tenths of a second over Leclerc’s team mate Carlos Sainz Jnr. The Red Bull driver will share the eighth row of the grid with Leclerc as both have grid penalties due to power unit parts changes.

Because of his penalty, Leclerc said he didn’t concentrate on optimising his car for single-lap pace. But he doesn’t believe that accounts for all of his deficit to Verstappen.

“We didn’t really focus on qualifying on my side,” he said. “Whether there’s eight tenths in that, absolutely not.

“That’s why they seemed to find something for this weekend, Red Bull and Max, and it was just impossible for us to get close.”

“Red Bull seems to have been extremely strong,” he added. “Also Checo [Sergio Perez] this morning in FP3, he did one lap where we didn’t really understand from where it was coming from.

“So it’s a surprise because I think we expected to close in a bit more the gap in qualifying. But there was quite a lot of times that they were extremely quick this weekend since FP1.”

Given the scale of Red Bull’s advantage, Leclerc is unsure whether it is simply a question of the track layout suiting their car, and said it may indicate their rivals having taken a significant step forwards.

“If it’s track-specific, then they built this car exactly for this track because seven-tenths is a lot,” he said. “So I don’t know they found something this weekend that is quite impressive. I mean it’s a big gap.

“So I hope that in Zandvoort it will change. But before that, we’ve got the race tomorrow, which seems to be a bit more competitive. Let’s see how it goes.”

Ferrari accidentally put an incorrect set of soft tyres on Leclerc’s car at one stage in Q3, sending him out on new rubber when he should have been on a used set. However he said this did not cause any significant problems.

“It was probably a miscommunication, but anyway, it’s no big deal,” he said. “It was just that I was surprised, but nothing big.” Asked if he was frustrated by the team’s latest error in managing its strategies, Leclerc said: “No.”