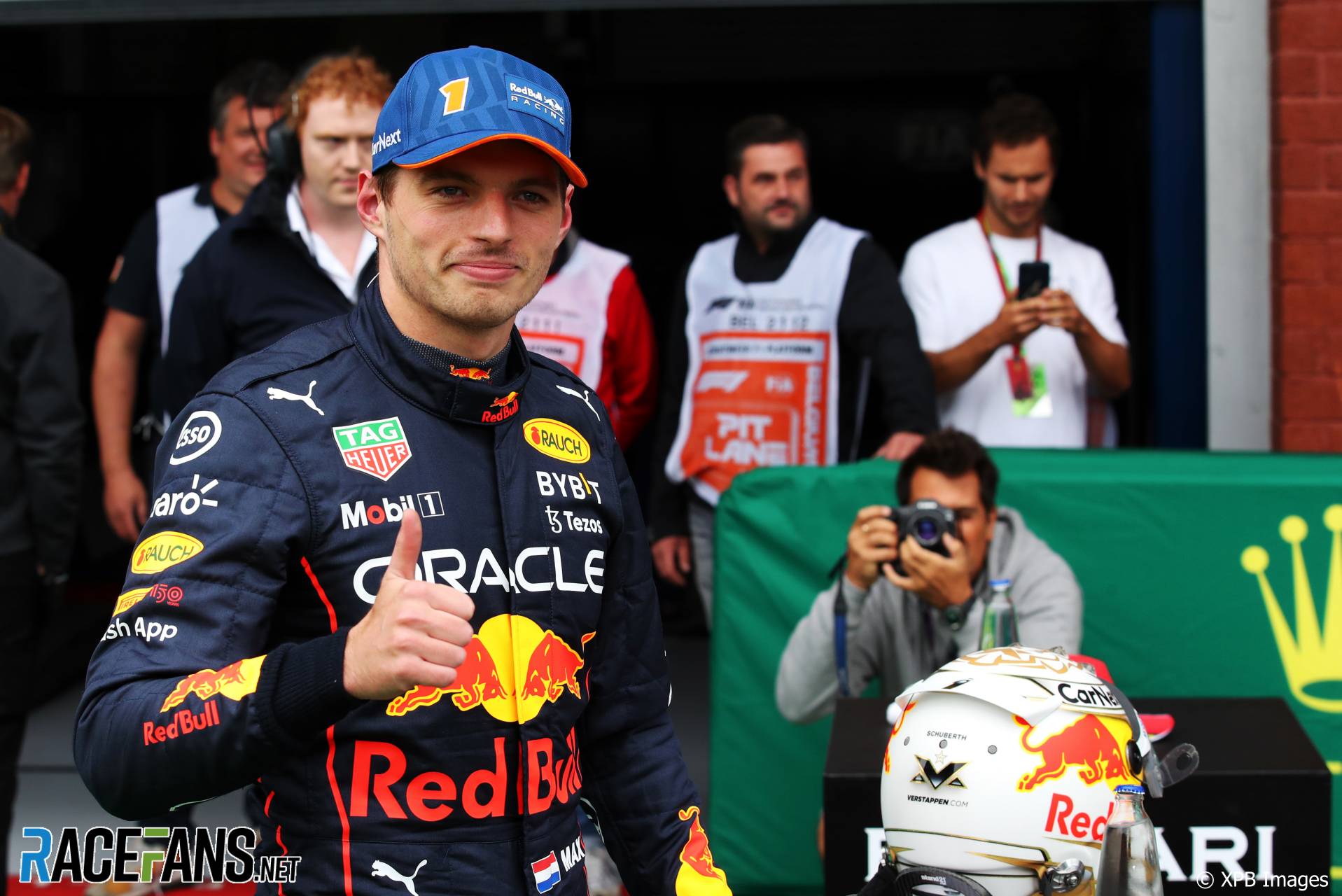 Despite starting 15th due to grid penalties, Max Verstappen says the Red Bull pace should be strong enough for a podium finish in the Belgian Grand Prix.

Verstappen set the fastest lap in Q3, his time of 1’43.665 more than six-tenths of a second faster than Carlos Sainz Jnr in second place. Although grid penalties for Verstappen will promote Sainz to pole,

“It was an amazing qualifying,” acknowledged Verstappen. “But I think already the whole weekend we’ve been on it.

“The car’s been working really well and just basically trying to fine-tune it and then it all came together in qualifying. Of course I had to be a bit careful with the amount of tyres I was using, also looking forward to tomorrow, starting at the back but very happy with my lap.”

“The Red Bull driver is very confident he can quickly return to the front of the field. “We need to move forward,” he said. “I think especially with a car like this, it would be a shame not to be on the podium.”

Team mate Sergio Perez will start second, alongside Sainz, thanks to Verstappen’s penalties. Perez, who said on his radio traffic had compromised his final qualifying run, shares his team mate’s optimism about Red Bull’s pace.

“P2 is not the worst place to be around here,” said Perez. “I think if I’m able to get a good run through Carlos it can be different, I can be on the other side of the road so I think looking forward to tomorrow there will be a great race ahead of us.

Perez said the early stages of the race, will be crucial to his own result as Verstappen makes his way up from the back. “It will be very important to get a good start and try to do our own race from the beginning and I think that will be the key for tomorrow.”