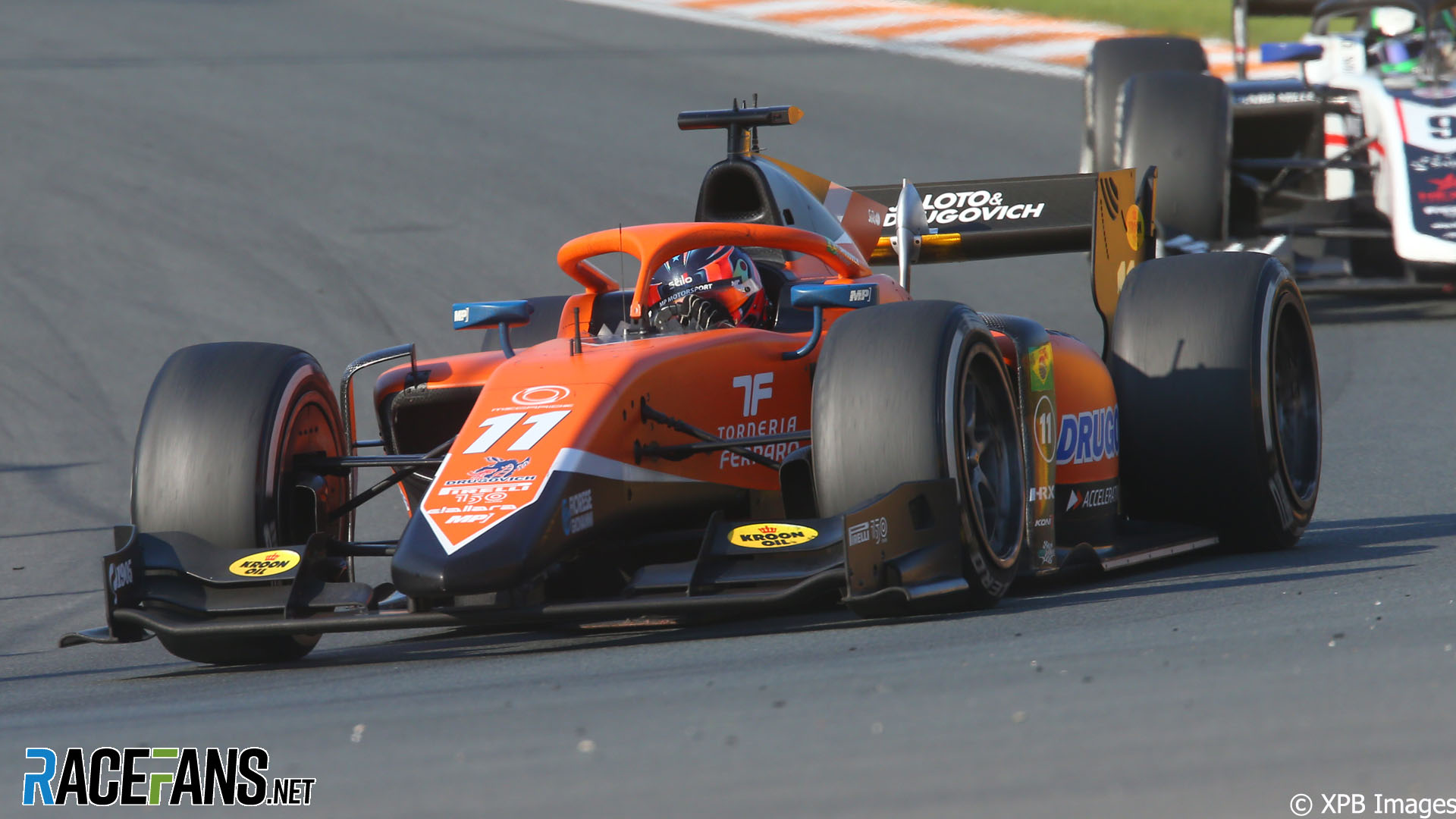 Felipe Drugovich now looks near-certain to seal the 2022 Formula 2 title next weekend after extending a 70 point lead over Théo Pourchaire with a feature race win in Zandvoort.

Drugovich had secured pole in Zandvoort, as he had in Spa, while closest rival Théo Pourchaire suffered a poor qualifying and then a worse sprint race, crashing to the back of the order early on and then colliding with a pigeon.

A Safety Car was called on lap one after Logan Sargeant and Ralph Boschung collided, Sargeant ending up with his car embedded in the barriers at turn seven. The Williams junior driver was able to walk away from the crash but three laps later, on lap four, the race was red flagged while repairs continued to were made to the barriers.

Once completed, cars emerged on lap five for the racing restart on lap six. Drugovich got away with the lead while Clement Novalak and Marcus Armstrong collided for seventh, both able to continue but with Novalak limping somewhat. Jehan Daruvala spun on lap eight, taking him out of the top ten and Jack Doohan locked up while challenging Drugovich for the lead on lap ten, drivers all seemingly finding the end of the soft tyres most had opted to start on.

Pit stops started on lap 11 with Dennis Hauger, Drugovich staying out longer to wait for lap 15, before Marino Sato’s car stopped on track on lap 17, which prompted another Safety Car. A rule change due to the tight pit lane at Zandvoort meant no cars could pit behind the Safety Car, leaving those who had run long in a difficult position.

The race restarted on lap 22 with race leader Liam Lawson – yet to pit – leaving his launch for the green flag very late and saw the pack bunch up behind, resulting in Jack Doohan getting knocked out of the race, with Clement Novalak and Tatiana Calderon also retiring after being caught up in the melee.

Another restart on lap 26 saw the race transition into a time limited one, one lap shorter than the planned 40 laps. A relatively placid final seven laps saw Drugovich seal the victory ahead of Richard Verschoor with Ayumu Iwasa completing the podium.

The win extends Drugovich’s already healthy championship lead to now 70 points over Pourchaire, who managed to recover his race to finish tenth.