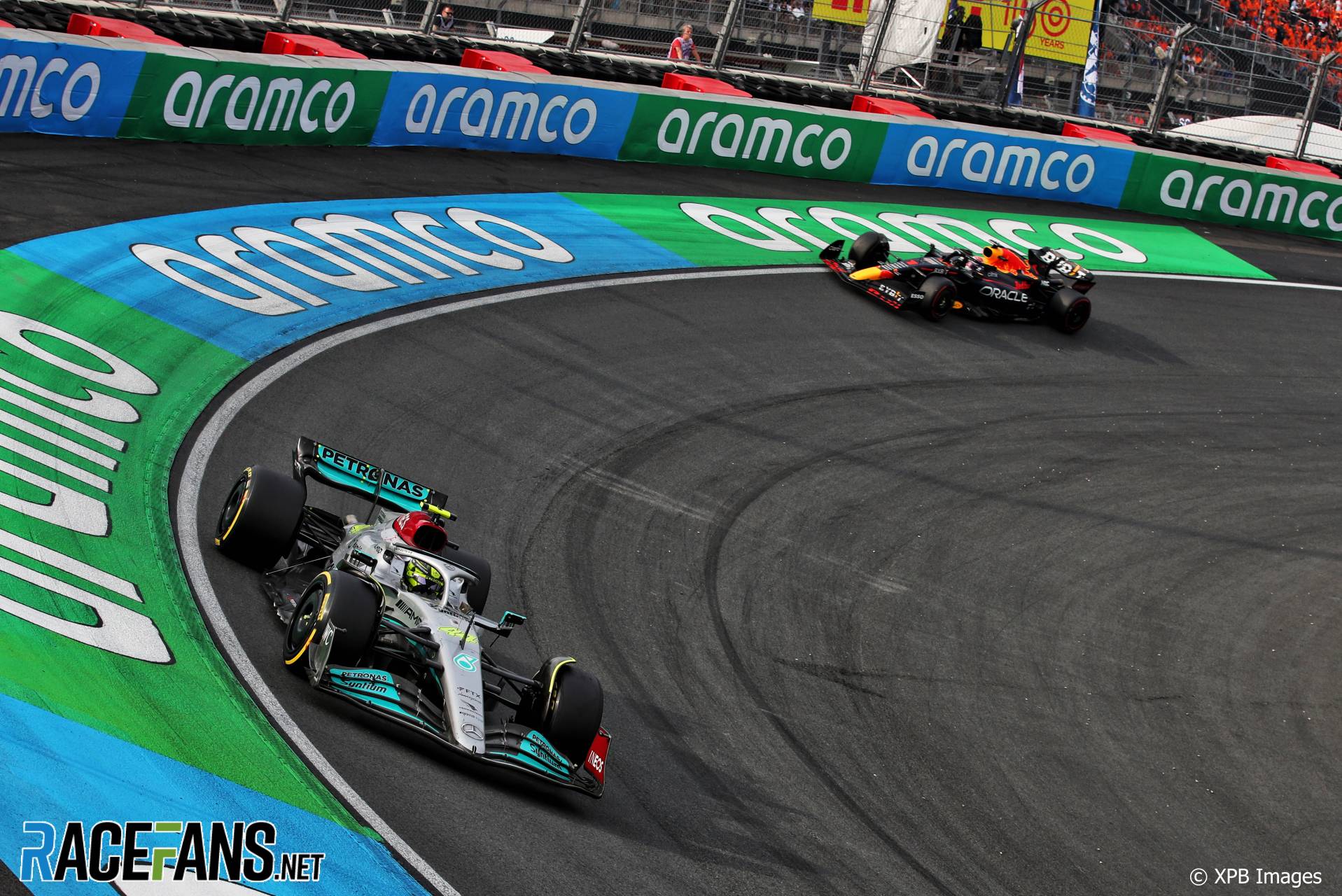 Lewis Hamilton lambasted his Mercedes team on the radio after their strategic call which swung the outcome of the Dutch Grand Prix.

The Mercedes driver spent the race in the hunt for victory against Max Verstappen. However the team’s decision not to pit him during a late Safety Car period saw him fall to fourth place at the flag.

Hamilton became the race leader when Verstappen pitted and changed from hard tyres to softs. The Mercedes driver continued on his medium tyres.

When the race restarted, Verstappen immediately passed Hamilton to take the lead. Hamilton fell to fourth place by the end of the race, being passed by both Russell and Charles Leclerc, who also switched to soft tyres.

Mercedes team principal Toto Wolff came on the radio after the race and apologised to Hamilton, while reminding him the team had gone into the race willing to take risks in pursuit of their first win of the year.

Hamilton restarted the race in the lead on a set of medium compound tyres, with Verstappen, Russell and Leclerc behind him on soft tyres.

Verstappen passed Hamilton before the first corner after the restart.

After the race Hamilton made a point of thanking his mechanics for their quick pits stops during the race, but made no mention of the others.

90 comments on “‘I can’t believe you guys screwed me’: Hamilton fumes at team on radio after defeat”