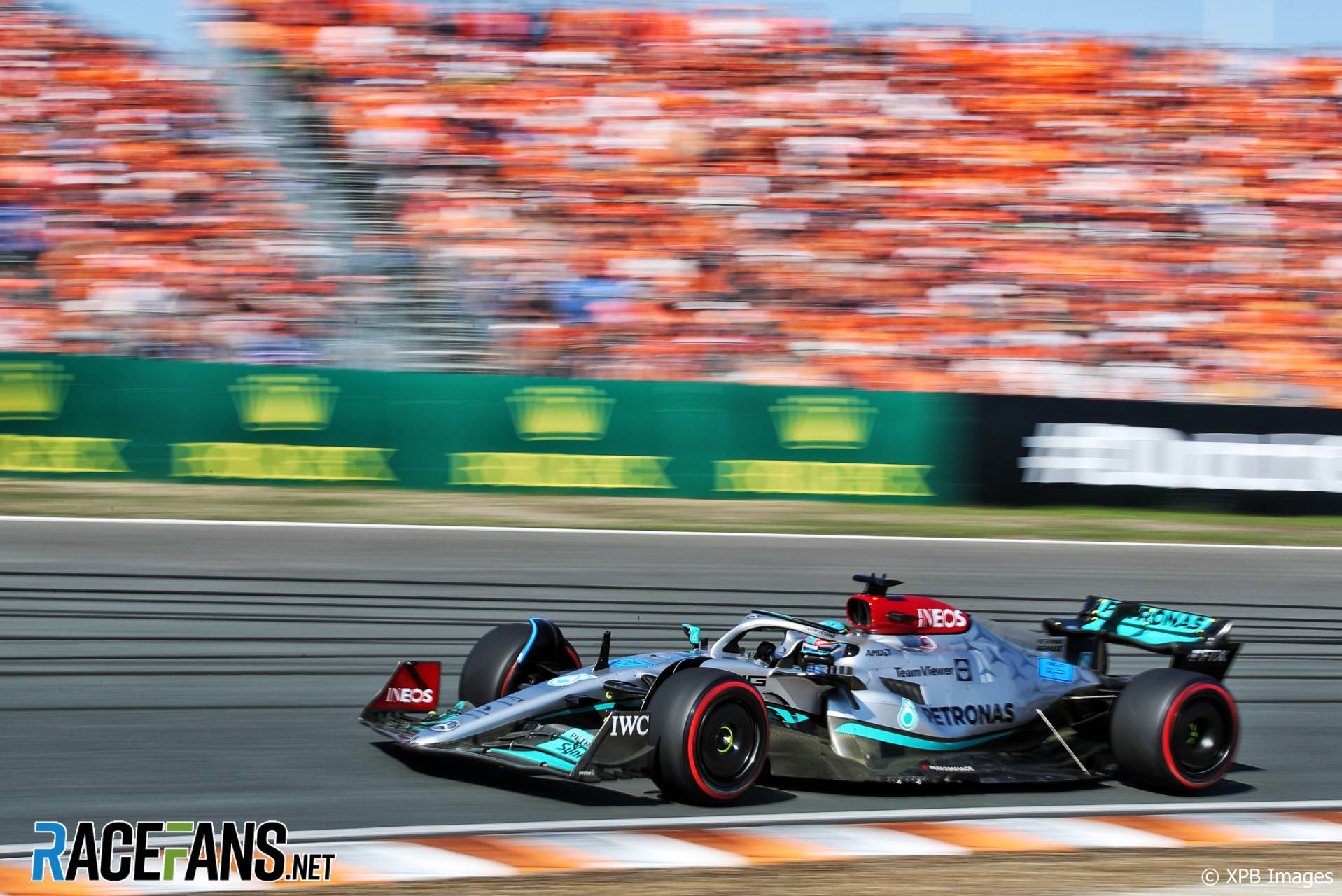 Mercedes’ poor weekend at Spa-Francorchamps one week ago helped them solve a set-up problem which has made them more competitive this weekend.

Lewis Hamilton qualified 1.8 seconds off pace-setter Max Verstappen at Spa, but was only three-tenths of a second behind yesterday at Zandvoort. The lap length is shorter, but Hamilton also lost time in qualifying due to a yellow flag, and team principal Toto Wolff believes pole position was possible.

Wolff said the team is more competitive this weekend partly because the Dutch track suits their car better, but also because of what they learned a week ago.

“It’s quite interesting because sometimes those super-tough weekends like Spa give you the biggest clues,” he said. “We were quite beaten up by Saturday in Spa and then saw a little bit of light at the end of the tunnel on race day.

“But we understand more. We predicted that this would be a much better race for us based on the learnings of Spa as well. And here we go, we are right there, we had a competitive qualifying car [and] as it looks from yesterday a quick car in the race too.

“So the predictions were right and I think we just need to take this forward. As we speak it’s being looked at from a scientific point of view: What’s the right way forward, what does it mean for the car concept? But I’d rather be confused and quick than slow and clear.”

The lessons learned at Spa helped Mercedes make a better decision on their set-up compromise for Zandvoort, Wolff explained.

“We developed the car with a lot of downforce with a low ride height. And sometimes you can’t run the low ride height because you are hitting the ground, this is as simple as it is, and you need to take compromises in your set-up that again screws you up on either the low-speed or the high-speed. So you’re never kind of in the sweet spot with the car where it operates over the whole lap.

“You can see also here we’re very competitive in most of the corners but through the high-speed section in seven, we are lacking a lot of performance against Ferrari and Verstappen. We know that, that is where the car has the weakness and you can’t kind of balance it out so it functions.

“This is obviously not the case for our competitors. I have to say Red Bull probably has the biggest advantage because Ferrari is a bit quicker on race day than in qualifying so far.”

Mercedes is at risk of completing its first win-less season since 2011. Wolff said what they have learned about their car indicates their form will continue to fluctuate over the remainder of the season.

“Our performance is fundamentally ingrained in the car concept as it is,” he said. “But now, understanding better how everything interacts, I think we can tune the car more precisely to fit and to target the performance window.

“Having said that, there will be races that are better for us like here and there might be some on the calendar that will be very difficult. Austin is something we discussed that can be a very difficult one.

“So you need to stay realistic in my opinion. We won’t be fighting for pole positions on all the other race tracks but at least we need to really get us back to this point for next year.”