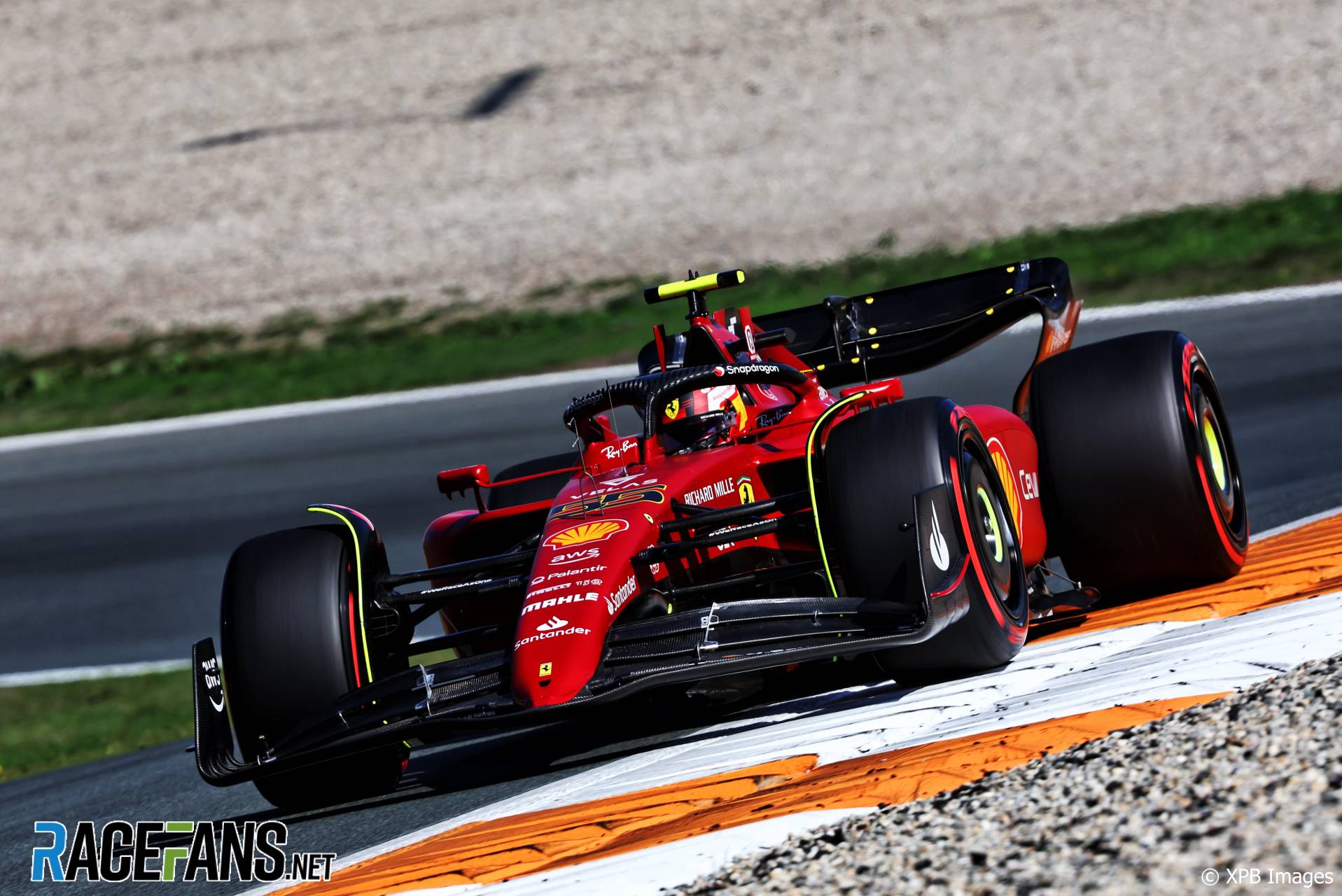 Ferrari will bring a special, low-downforce rear wing for their home race at Monza this weekend as they aim to halt Max Verstappen’s run of four consecutive wins.

Despite the budget cap putting pressure on teams to develop fewer race-specific parts, Ferrari engineered a special wing to deliver maximum straight-line speed at F1’s fastest tracks. However they opted not to use it at Spa-Francorchamps last month, where Red Bull scored a dominant victory.

Ferrari team principal Mattia Binotto said the win “was not the right choice considering the tyre degradation and high temperature” at Spa.

“For Monza, certainly we run a different type of wing, lower drag,” he confirmed. “So the speed itself will not be the concern.”

Following last weekend’s Dutch Grand Prix at Zandvoort, Binotto admitted he was worried about the team’s recent slump in form. Over the past four races they have been out-scored not just by Red Bull, but also Mercedes.

“My main concern after the race of today is that it’s three races in a row that we do not have the pace on Sunday,” he told RaceFans and other media after the grand prix, drawing a comparison to their performance at the similar Hungaroring.

“In Hungary and this weekend we have a good quali, we had a quali which has been competitive, but then the race itself, we are not competitive enough and that makes life certainly a lot more difficult. Not only because we cannot fight for the win with Max, but because then we do not have the pace as well to keep the Mercedes behind.

“It’s now three races in a row that we are not at what should be our potential and what we have proved to have as the potential of the car since the start of the season. That’s something that we need to address as soon as possible because there are few races which are left from now to the end of the season.

“We still are looking for victories and our intention is to try to win at every single race, and that includes Monza.”

Binotto hopes the home support will spur the team on to their first win since the Austrian Grand Prix two months earlier.

“After the Covid, it’s great still to have all our Tifosi in the grandstands,” he said. “That would be important for us, because they will certainly cheer for us and boost us as a team, which right now we need to find some good results as well for this period.”