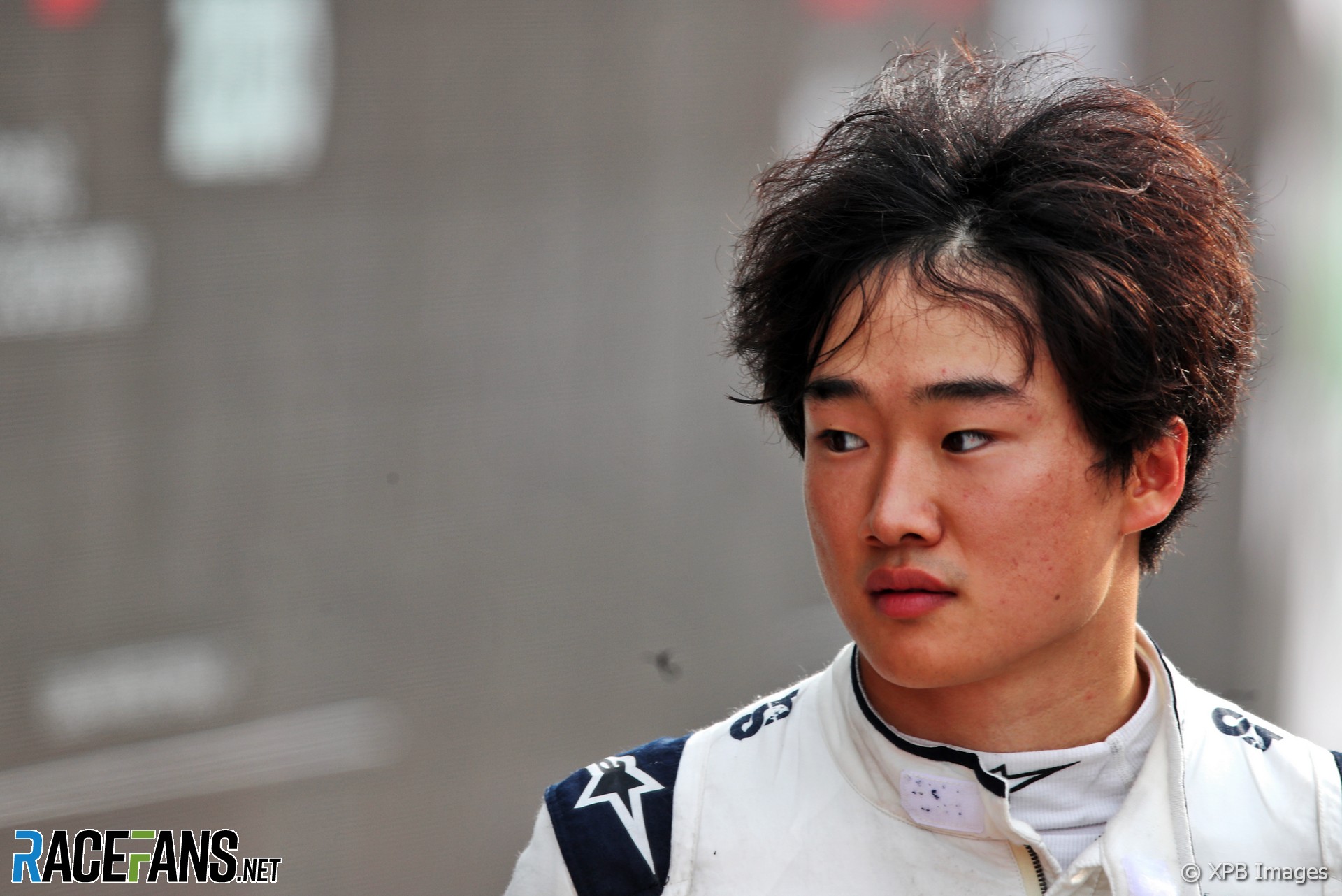 In the round-up: AlphaTauri has defended its driver Yuki Tsunoda and Red Bull strategist Hannah Schmitz after conspiracies theories circulated on social media over a Virtual Safety Car period which played a role in deciding the outcome of the race.

Tsunoda’s retirement from Sunday’s race, which occured when he stopped on-track for the second time in two laps, prompted wild conspiracy theories on social media as it triggered a VSC which played into Max Verstappen’s hands. AlphaTauri is Red Bull’s junior team and Tsunoda has previously voiced his support for Verstappen.

The conspiracy theories were accompanied by abusive language directed at Red Bull’s head of strategy Hannah Schmitz. AlphaTauri defended the pair and categorically dismissed the insinuations over Tsunoda’s retirement.

“It is incredibly disheartening to read some of the language and comments directed at our team and towards Red Bull Racing’s head of strategy, Hannah Schmitz,” they said in a statement. “Such hateful behaviour cannot be tolerated, and to entertain accusations of foul play is unacceptable, untrue and completely disrespectful towards both Hannah and us.

“We have always competed independently, fairly and with the highest levels of respect and sportsmanship. Yuki had a failure that the team didn’t immediately detect which caused him to stop on track. To suggest anything different is insulting and categorically incorrect.”

Lance Stroll had a double dose of misfortune at Zandvoort. After being unable to participate in Q3 due to a power unit problem, his race was compromised by the timing of the Safety Car.

“I think it was unfortunate, really,” said the Aston Martin driver. “I think our pace was good and our strategy, we were looking like we were going to finish P7, something like that.

“I felt really good in the car,” he added after finishing 10th. “It’s just a shame we walked away with only one point.”

Extreme E has launched a new initiative under which its teams will be permitted to add a sixth member to their on-site engineering divisions, which are ordinarily restricted to a maximum of five, providing they have “less than one year’s professional motorsport experience”.

The Racing for All scheme, previously revealed by RaceFans, has come about through its work with Lewis Hamilton’s Hamilton Commission and is aimed at attracting engineers from under-represented backgrounds, including women and ethnic minorities.

“When I first discussed the idea of creating a programme with Alejandro [Agag, Extreme E CEO] and the Extreme E team, we all agreed that it had to be something which led to real change, and I believe Racing for All does just that,” said Hamilton. “I’m so excited to see this program adopted across the paddock, and I can’t wait to see what the first group of Racing for All candidates goes on to achieve.”

'We arguably could have won twice on ovals this year, and he came so close at Texas, so there isn’t really any doubt that he’s got the whole package. It’s all there now.'

'Because we weren’t allowed to pit under the Safety Car that really decided the strategy for a lot of people. My engineer made a great call under the red flag to swap back to the option tyre and we gained a few positions, so we swapped back to the normal strategy.'

Maloney on F3 title showdown: 'It’s never over until it’s over' (F3)

'The Teams’ title is still up for grabs and not officially over yet and so is the Drivers’ title. I’m going to try and continue from where we’ve left off, two wins in a row, it would be amazing to be up there again and to fight for the win.'

'Following the announcement of Gillian Henrion, who will replace injured Axel Gnos, the Swiss team is happy to announce that W Series driver Tereza Bábíčková will make her FRECA debut in Austria.'

'To win on an oval and a street course at the first time of asking are memories that will live on with me through my career and I’m grateful to have them.'

@Jelle-van-der-meer spotted an interesting but overlooked detail in the data:

Seems Russell used the last lap to try and get fastest lap but came up just short only 0.019 behind Verstappen’s time set 10 laps earlier.
@Jelle-van-der-meer