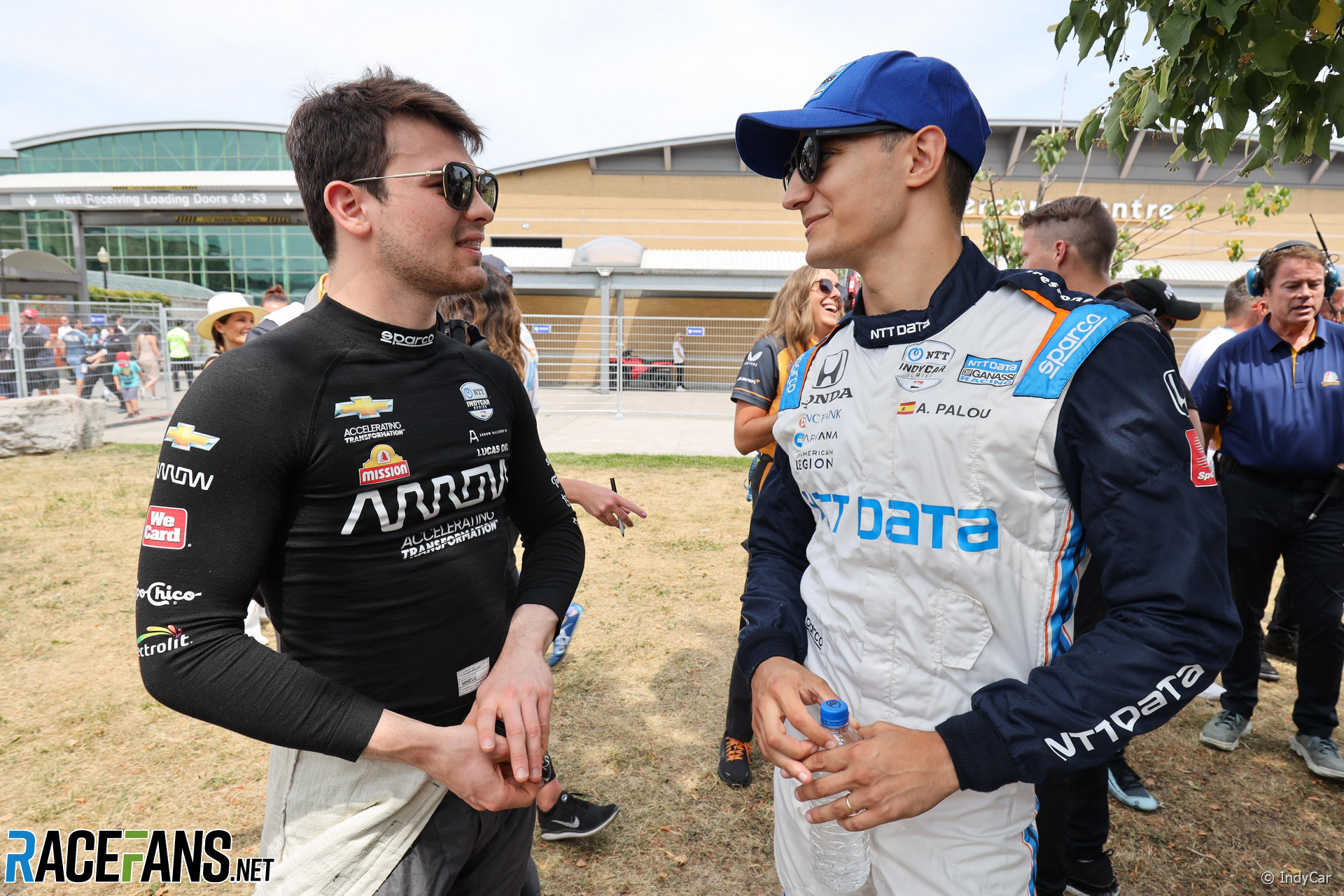 Less than a year ago, Álex Palou was leading the IndyCar championship heading into the last race of the season. He won three races in his first season with Chip Ganassi Racing and then went on to win the championship over McLaren SP driver Pato O’Ward, who also scored his first career wins and led the championship table on two occasions.

Now, both drivers are out of championship contention after the conclusion of the Grand Prix of Portland.

At least, in the case of O’Ward, he knew that he was already a long shot heading into the Portland weekend. “We had to come out with the win, to truly have a decent shot at it at Laguna,” he told NBC after his fourth-place finish, just ahead of Graham Rahal. “But I didn’t have enough for the Penske boys, man. All weekend, they dominated everybody – not just us.”

O’Ward entered the weekend seventh in the standings, 58 points behind Will Power. His two victories at Barber Motorsports Park and the 300 lap race at Iowa Speedway, had been offset by three DNFs – including back-to-back mechanical retirements at Road America, and at Mid-Ohio, after winning the pole for the latter.

Despite a valiant effort to finish in the top five, O’Ward’s chances of charging any further up the order were blighted after a Safety Car restart where he made contact with Power in an attempt to grab second.

“I tried to make the pass around Will, and we had an injured left side of the car for the rest of the race. Just had to nurse it from there.”

He was also less than pleased about being forced to concede a position to Scott Dixon for blocking the six-time series champion on that restart. “I’m surprised – Graham was coming behind us pretty quick, and we had to let Dixon by because, apparently, we blocked him.”

“I expect IndyCar to make the same call whenever someone does that to me,” O’Ward said flatly.

Palou finished 12th having run in the top five in the opening stint. He described it as “one of the worst days we’ve had this year” in an interview for Toby Christie after the race as he lost pace on the preferred alternate compound tyres – then dropped down the order after finishing the race on the harder primary tyres.

“Frustrating day in the office,” summed up Palou on social media. “Lots of pace at the beginning and struggled hard at the end. Championship hopes are gone but we still have one more race this weekend to get a [win].”

What happens next for Palou, after the chequered flag waves at Laguna Seca next weekend, is a mystery. He wants to separate from Chip Ganassi Racing to join McLaren in 2023, but the team remain in dispute over his services, and are undergoing mediation in a effort to prevent it going before a federal court.