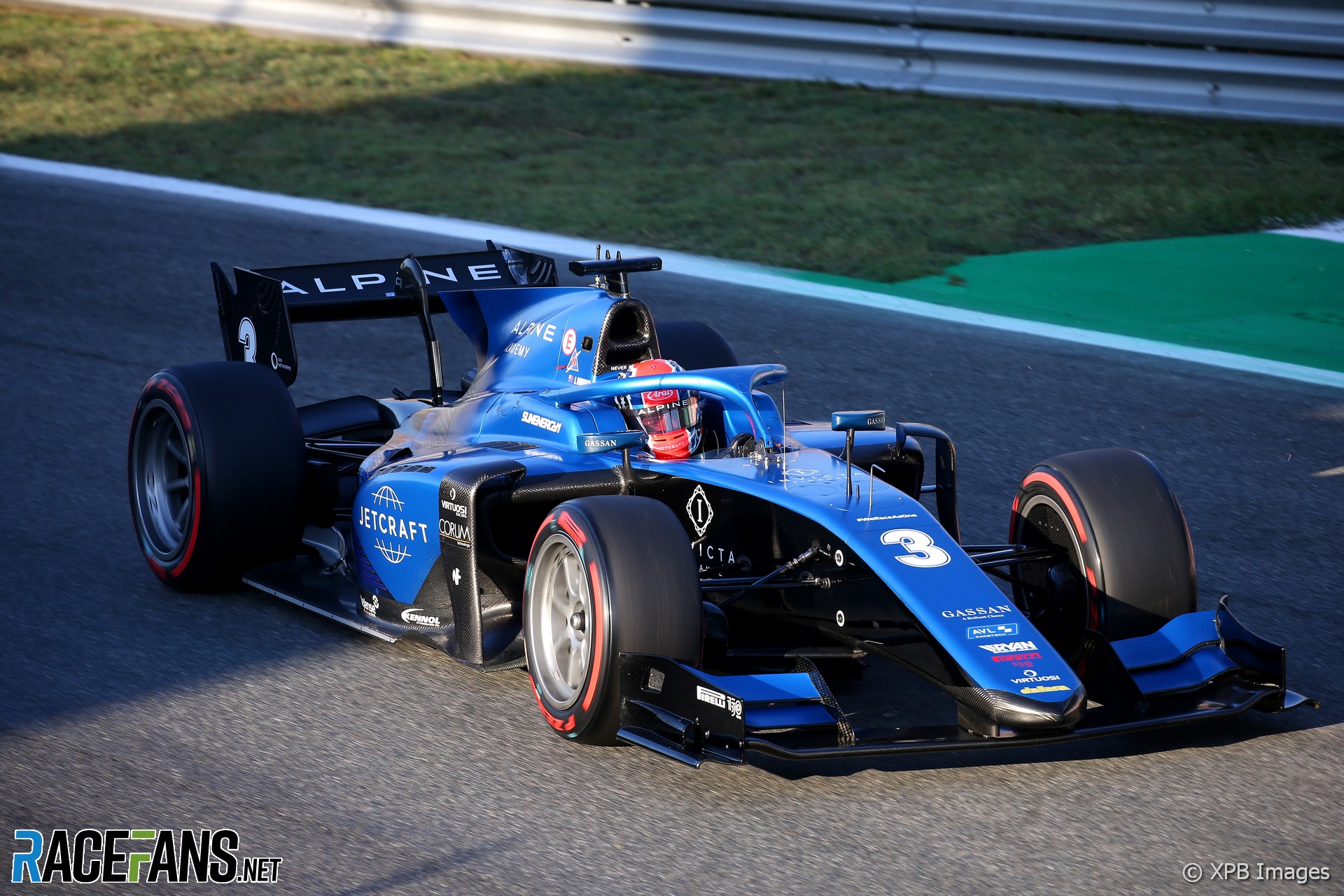 Jack Doohan took pole position for the Formula 2 feature race at Monza after Ayumu Iwasa crashed late in the session bringing out the red flags.

Felipe Drugovich started the weekend 69 points ahead of closest championship rival Théo Pourchaire, with the title likely to be decided at this penultimate round.

After drivers’ first hot laps, it was Doohan who was fastest, with Jüri Vips less than a tenth behind. Title contenders Drugovich and Pourchaire were fourth and fifth fastest, their times within a tenth of a second of each other.

Drivers all pitted with 13 minutes to go, waiting for the optimum window for their second serious run. Cars emerged with less than six minutes remaining, the fast laps starting with just under four minutes to go. Iwasa beat Doohan’s time with a 1’31.920 but that was swiftly beaten by Jehan Daruvala, then Drugovich, Marcus Armstrong, Liam Lawson and Doohan again.

Dennis Hauger ran wide on his first fast lap, although was able to keep control of his car and avoid a yellow or red flag being shown, allowing other drivers to continue their runs.

Iwasa looked set to improve on his final lap, but lost control of his car through the Alboreto final corner, crashing into the barriers in a manner almost identical to Isack Hadjar in the earlier FIA Formula 3 qualifying session. A burst of flame and a huge puff of smoke followed his car going rear-first into the tyre barriers, although Iwasa later said he was unharmed by the accident.

The red flag was shown, ending qualifying before drivers had been able to set their fastest laps and with disastrous timing for Pourchaire. His first lap of the final minutes had not been good enough for better than 14th and without the chance to complete a second lap, he will start outside the top ten for both races this weekend.

Comparatively, Drugovich placed fourth – however, he and Richard Verschoor had improved their times as the yellow flag was shown for Iwasa’s crash.

Doohan will start on pole for the feature race, Lawson alongside him. Frederick Vesti came tenth, for partially-reversed-grid pole with Logan Sargeant sharing the front row for tomorrow’s sprint race.