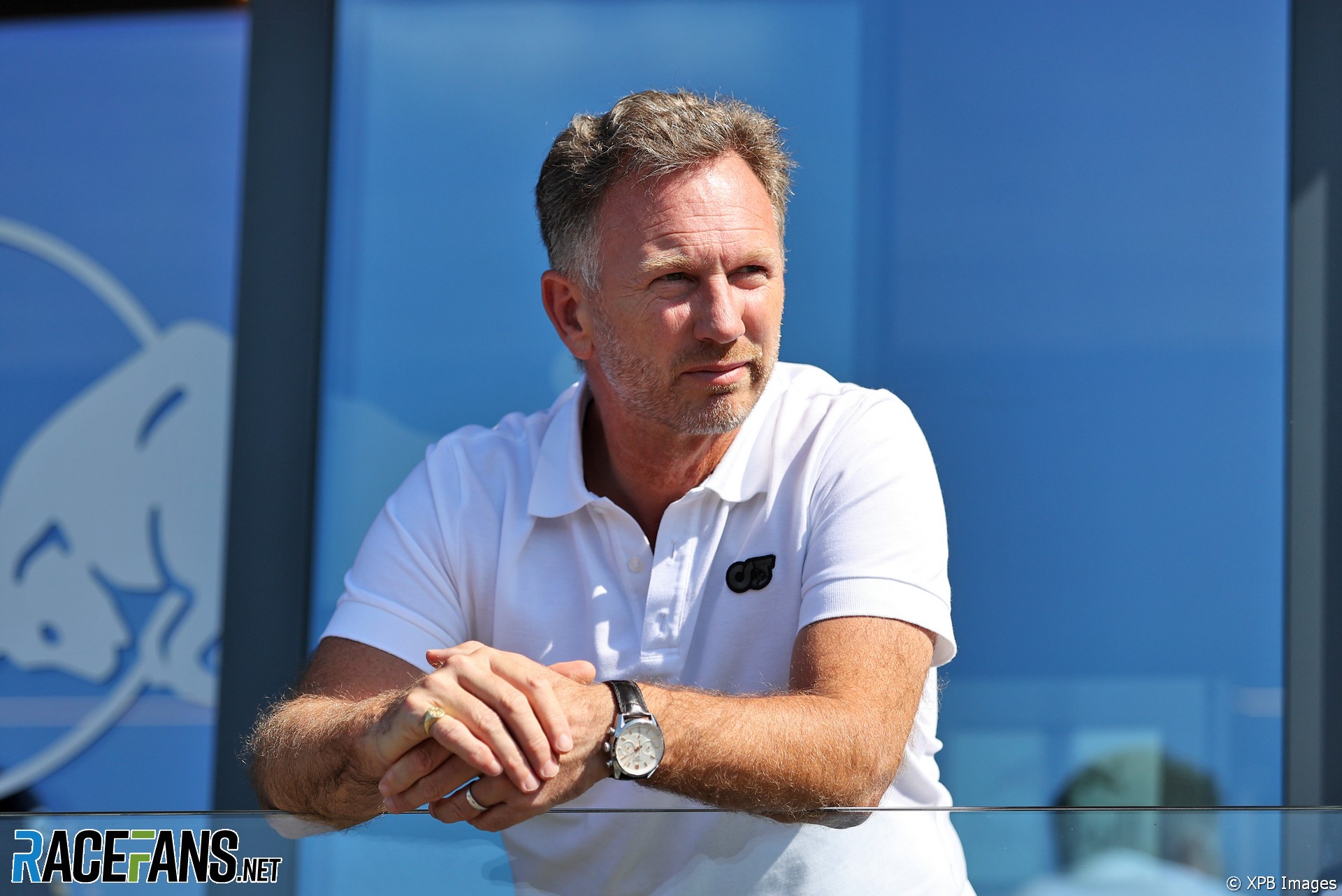 Red Bull team principal Christian Horner has explained why months of negotiations with Porsche over a tie-up between the two broke down with no agreement reached.

Porsche announced this morning their discussions with Red Bull had ended, but they remain interested in a future move into Formula 1.

“It didn’t take us by surprise,” Horner told media including RaceFans at Monza today. “The talks were concluded over a week or so ago.”

Horner said Red Bull is pressing with plans to manufacturer its own F1 power unit for 2026 after failing to reach an agreement with Porsche over the two joining forces.

“Porsche’s a great brand, a great company and we wish them the best of luck for the their future whatever that holds,” he said. “But obviously Red Bull’s direction is clear.

“We embarked on this journey after Honda’s withdrawal from Formula 1. Part of that was the homologated engine to enable us to complete this period.

“But we’ve created a facility in Milton Keynes and recruited some of the top talent in the sport. We now have in excess of 300 people employed in a state-of-the-art facility. We’ve run the first prototype of a full V6 engine for 2026 prior to the summer break. And our strategy to have engine and chassis all under one roof and on campus with engineers and designers sitting next to chassis engineers and designers remains absolutely unchanged.

“So at no point was this dependent on the involvement of an investor or a manufacturer. And there’s been no contribution to where we are today. So our focus is very much on 2026, on the future and we’re looking forward to the next new exciting chapter for Red Bull Racing.”

The two parties never reached the stage of agreeing a formal commitment, said Horner. “The discussions were exactly that, there was only ever discussions. There was nothing ever signed or agreed.”

Red Bull has co-operated with other engine manufacturers before, including Renault and most recently Honda. However Horner said he did not want to risk compromising his team’s ability to operate without outside interference.

“I’m not going to go into the detail of what those discussions were or entailed, but one of the strengths of this team has is obviously has been its independence. It instils all the virtues and values of Red Bull, whether as a challenger, as a maverick. It’s one of the core attributes that enabled us to be as successful as we have in the sport today.

“We didn’t want to diminish those or dilute those in any way and they are fundamental principles for how we will also attack the challenge of the power unit.”

A deal had appeared imminent for several weeks. There were rumours of an announcement at the Austrian Grand Prix, Red Bull’s home race, which never materialised. Horner stressed no formal commitment had been made and suggested Porsche had begun making preparations for more advanced stages of the negotiations.

“I think big organisations, obviously they need significant planning, and I think perhaps [they were] slightly getting a little bit ahead of themselves. But as I say, there was never a binding commitment signed between the parties.”

Public documents indicated Porsche was preparing to take a 50% stake in Red Bull Technology, which manufacturers the F1 team’s chassis. “There was an expression of interest,” Horner acknowledged, “so the shareholders obviously considered it and decided that it wasn’t right for Red Bull Racing or Red Bull Technology or Red Bull Powertrains.”

Red Bull’s concern was that joining forces with a much larger car manufacturer would compromise their ability to make decisions quickly, which Horner considers a vital factor in the team’s success.

“One of our core strengths has been our independence and our quick decision-making and the lack of bureaucracy,” he said. “We’re a race team fundamentally and that enables us to make quick decisions, effective decisions and react very quickly as a race team.

“I think we’ve seen on so many occasions manufacturers have been less autonomous in their decision-making. But that was just a key aspect of protecting what we have and how we operate, which has proved to be reasonably successful.”