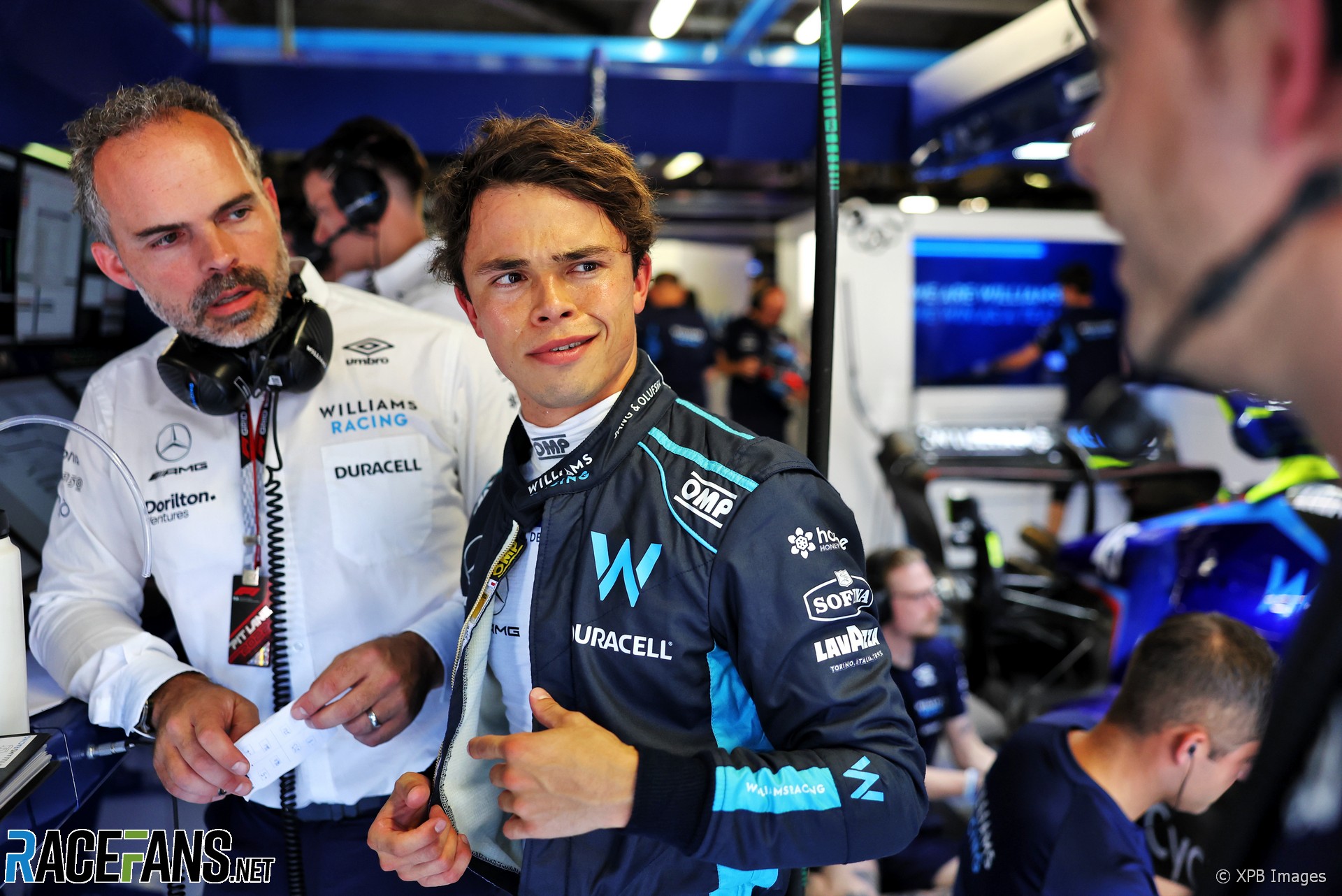 Nyck de Vries says he had a “decent” first-ever qualifying session in Formula 1, reaching Q2 after an unexpected call-up to the Williams team.

The 2019 Formula 2 champion and 2021 Formula E world champion will make his F1 debut in tomorrow’s Italian Grand Prix in place of Alexander Albon, who was forced to withdraw from the weekend after contracting appendicitis.

De Vries out-qualified Williams team mate Nicholas Latifi and reached Q2. He was eliminated in 13th place but stands to move up to eighth on the grid for the race, alongside Max Verstappen in the Red Bull.

After driving Sebastian Vettel’s Aston Martin on Friday’s first practice, De Vries admitted it had not been easy to adapt back to the Williams the following day, despite having driven the Williams FW44 during practice for the Spanish Grand Prix in May.

“It was tricky,” said De Vries. “I think that’s the only disappointment I have from our qualifying session, because I felt like there was probably more in it, more potential, and we just didn’t quite succeed to put it together.

“I think my second lap in Q1 was very competitive, which was a ‘22.1, which was just on the edge of being good enough for Q3. But the run in Q2 was just not quite as smooth. You can’t really expect anything else at such short time notice, but I think we’ll take it anyway.”

De Vries was on course to improve on his final lap in Q2 before an error under braking for the Roggia chicane ruined his final attempt, resulting in his elimination. The Dutch driver admits he mistakenly changed a setting on his steering wheel before the braking zone, which led to the mistake.

“I do feel there was more in it – especially in the last run of Q2,” he said.

“I hit a brake balance switch which moved the brake balance a percent rearwards and that’s why I locked up my rears going into four and lost my lap. But ultimately to get through to Q2 and be in the mix I think was a decent job on such a short notice.”

Albon’s absence from the weekend came unexpectedly for both Williams and their driver. He has since confirmed in a post on social media he is recovering after successful surgery.

De Vries described the moment he suddenly learned that he would be making his grand prix debut while watching the FIA Formula 3 sprint race early on Saturday morning.

“I was having a coffee in the Paddock Club for an appearance,” De Vries explained. “It was very quiet early in the morning, so I was watching the F3 podium with a cappuccino and then James Vowles gave me a ring and I had to come down quickly to Mercedes.

“Everyone was pretty happy. I kind of tried to manage expectations a little bit, saying ‘let’s wait’. So then I went down to Williams and, unfortunately, Alex was ill, but hopefully he will be back soon and recover quickly. Then during the FP3 briefing, it kind of became clear that it was my duty to be in the car for FP3 and the rest of the weekend.”