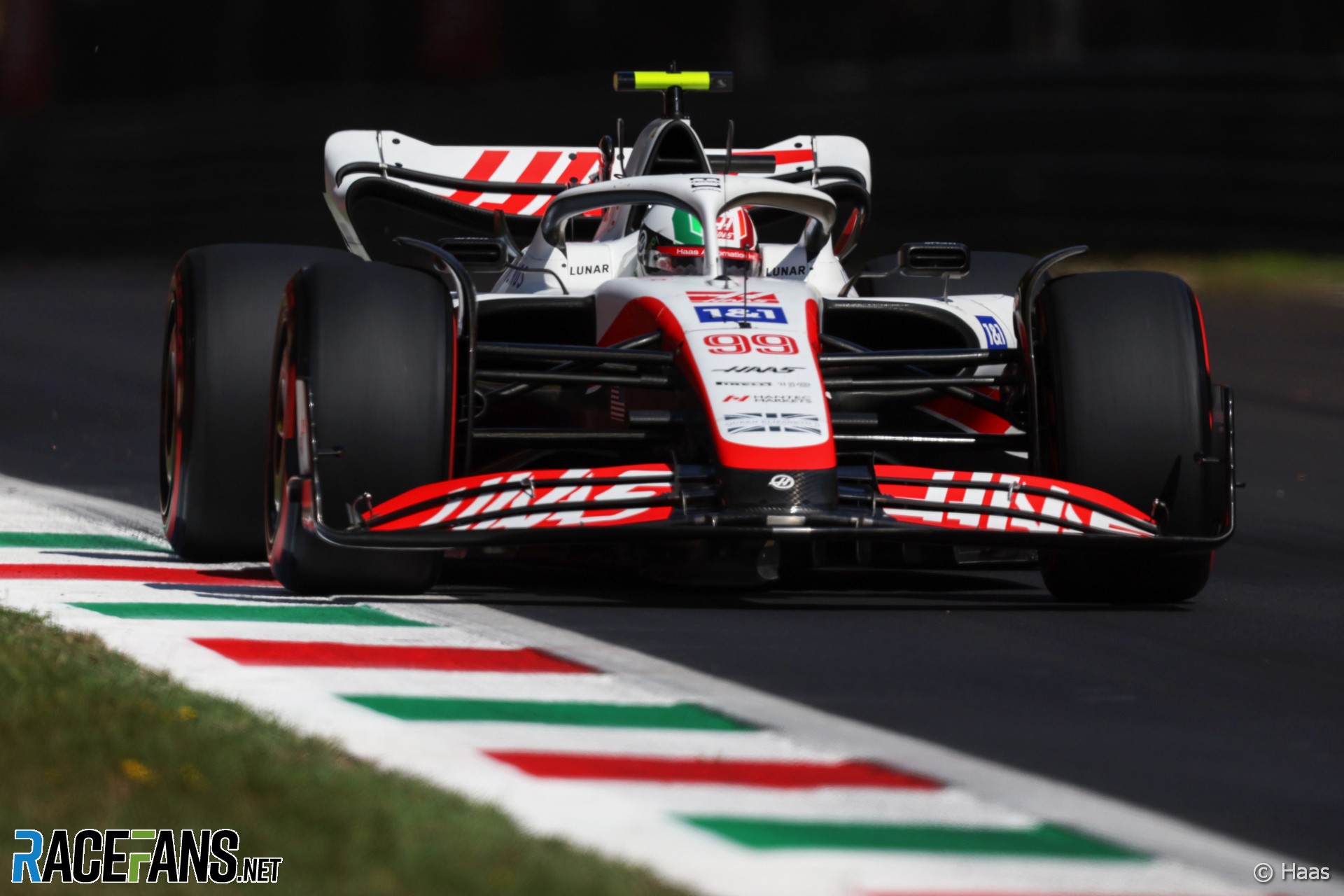 Antonio Giovinazzi said he was surprised how much “bouncing” he experienced when he drove Haas’s 2022 F1 car for the first time yesterday.

The former Alfa Romeo driver made his return to F1 in first practice for his home event having spent this year racing in Formula E. He is due to drive for Haas again in practice for the United States Grand Prix at the Circuit of the Americas.

The technical regulations F1 introduced this year have created a much stiffer generation of cars. Giovinazzi said the uncomfortable ride was the biggest difference he noticed on his return.

“The bouncing on the straight for me was quite new,” he told media including RaceFans. “In the first part of the session I was struggling to see the brake reference.

“You need to adapt yourself. I was struggling in the beginning, in the end it was better and I’m sure in Austin it will be better.”

He was also impressed by the cornering performance of the latest F1 cars. “It’s crazy how much downforce the new cars have got in speed,” he said. “Of course it’s difficult to see here in Monza because you’re run with low downforce so I can’t wait to go run in Austin and feel the downforce in the high speed.”

Giovinazzi replaced Mick Schumacher in the car for first practice and is hoping to return to racing in F1 next year, potentially as his full-time replacement.

“I want to be here next year for sure, it’s not a secret,” said Giovinazzi. “But it is not in my hands.

“So let’s see what we can do. For now I focus to do a great job in these two sessions, one is over, now we have one other one, and then I see.”

He said he was encouraged by how well his performance compared with the team’s other regular driver, Kevin Magnussen.

“We could do a better job, but I found traffic on my best lap. But I think a good start.

“Big thanks to Haas for this opportunity and to Ferrari as well. And now looking for Austin. It will be another track a completely different approach without downforce and difficult track. So let’s see what we can do then.”