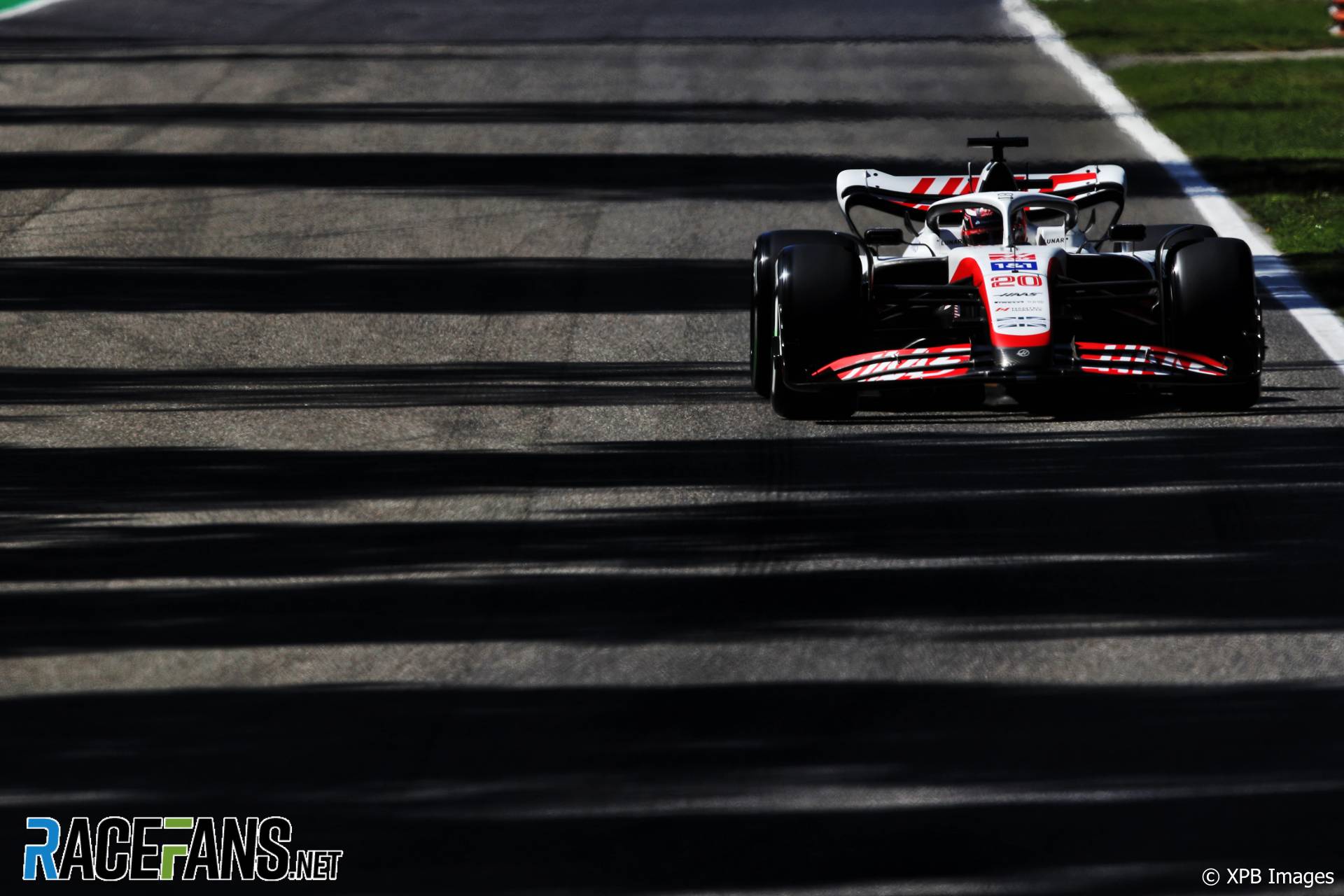 Kevin Magnussen criticised the stewards’ decision to enforce track limits at Monza’s Lesmo 2 corner after he failed to make the cut for Q2 when his quickest lap time was deleted.

The Haas driver lost two lap times in Q1 for running wide at the seventh corner on the track, which is bordered by a wide, flat kerb and a gravel trap. The space between the white line marking the edge of the track and the beginning of the gravel trap is just wide enough for drivers to fall foul of track limits.

“It’s annoying,” Magnussen said in response to a question from RaceFans after qualifying. “I feel like it’s very unnecessary with these track limit things when you have a corner [where], on the exit, the track limit is very naturally defined, like in turn seven where I got my lap time deleted.

“There is that double kerb and at the edge of that there’s a big drop and if you go over that you really lose a lot of lap time. So there’s a very natural track limit, which is how it should be.

“But if you go to that edge, then you’re inside by a couple of centimetres and then they delete your lap time, which I just think is silly and unnecessary.”

Magnussen sees no point in enforcing track limits at corners which are bordered by gravel traps.

“In corners that have a very natural track limit that stops you from going over, I think there’s no reason to police,” he said. “Nobody cares if you’re out by a few centimetres, you can’t see that on television. It looks like you’re just going right on the limit.

“I agree on corners where [the run-off is] flat and you can go out, then we need to police it. But in those corners you’re very aware because you know you can go so far out so you’re always a little more aware and alert trying to be within the track.

“Whereas corners that have this natural one, you tend to just kind of feel more free to push because you can feel in the car where you are. On white lines and painted track, you can’t feel anything, here you can feel when you go onto that double kerb.”